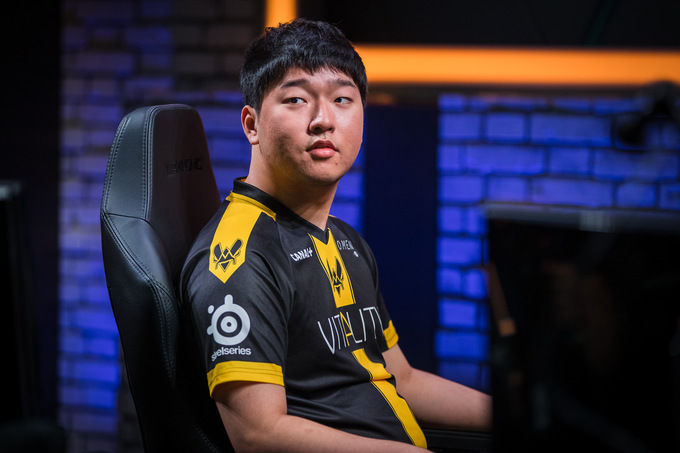 Team Vitality has dropped rookie jungler Kim “MightyBear” Min-soo as the struggling team attempts to make another run at the playoffs,

After finishing third in the Spring Split, Vitality has had a less than stellar start in the EU LCS this summer. The team recorded just one win in eight matches, and their five draws and two losses place them just one point above last place.

MightyBear joined the team in May for the Summer Split, but Vitality will move him to substitute after just four weeks of LCS play after “not meeting the expectations” of the team.

“Even though Mightybear’s individual talent has been proven, as he demonstrated on the european ladder, his adaptation within the collective is trickier,” a statement on the Vitality website said.

Stepping in for MightyBear is the man he replaced just six weeks ago, Dutch player Ilyas “Shook” Hartsema. After the team announced that Shook and Vitality had “decided to take different paths” the player is now re-joining the roster and will go straight into the starting lineup for week five.

The lineup change will be put to the test in week five, as Vitality face two crucial matches against fellow playoff contenders Splyce and FC Schalke 04.