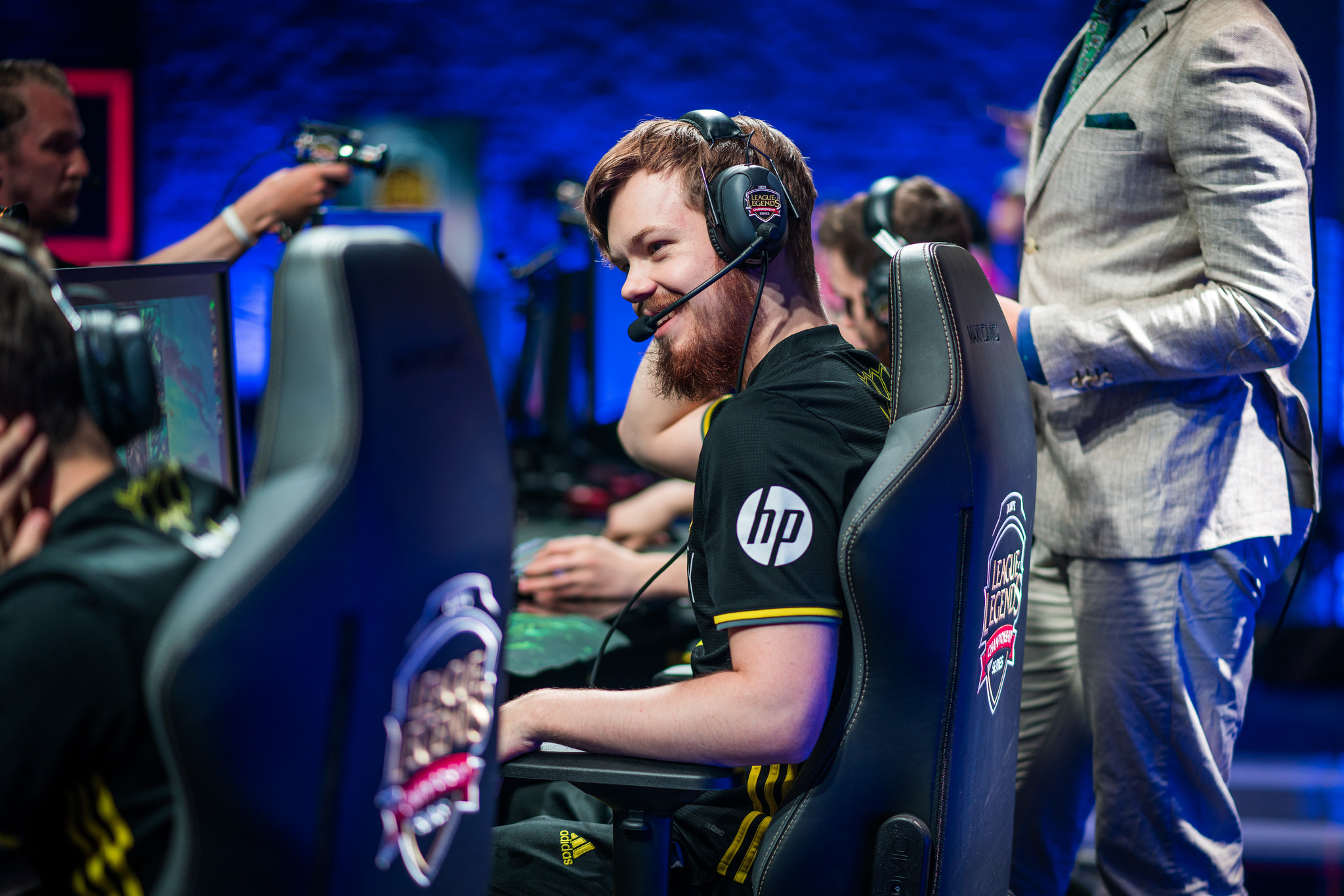 A recent string of upsets in the EU LCS continued on Friday with Unicorns of Love losing to Vitality.

Vitality had nothing to play for. They were safe from relegations but out of the playoffs. On the other hand, UOL did. They could still contend for first place—and the accompanying playoff bye—on Sunday against H2K. But they needed to take care of business against Vitality.

Only, it was Vitality that showed up. That was made clear early in the first game as Vitality mid laner Erlend “Nukeduck” Våtevik Holm picked up First Blood on the scaling Kassadin.

Everything went Vitality’s way after that as they secured a perfect game victory.

Needing a great second game to tie the series and reset their mentality, UOL opted into a strange series of champion picks. Poppy jungle, Bard support, and Caitlin ADC all have their uses, but it was a strange combination, especially in an elimination game. It felt like a panicked draft.

Vitality again seized the early game, especially in the top lane where Lucas “Cabochard” Simon-Meslet put on his carry pants. He picked Jayce, a specific counter for Kiss “Vizicsacsi” Tamás’ Gnar. Cabochard was relentless in using Jayce’s superior range to take favorable trades, and made life hell for Vizicsacsi.

Still, UOL know how to teamfight even with a deficit, and with an extended Ace around Baron, seemed to have equalized things.

That’s right when Vitality turned on the jets and won a big teamfight of their own. Again and again, they caught UOL members out of position, getting free objectives as a result. It wasn’t as clean as their game one victory, but they never really let UOL get on the map.

Vitality still have one game left against Splyce before their season ends. UOL finish against H2K, a series they’ll want to win with Splyce now nipping at their heels.