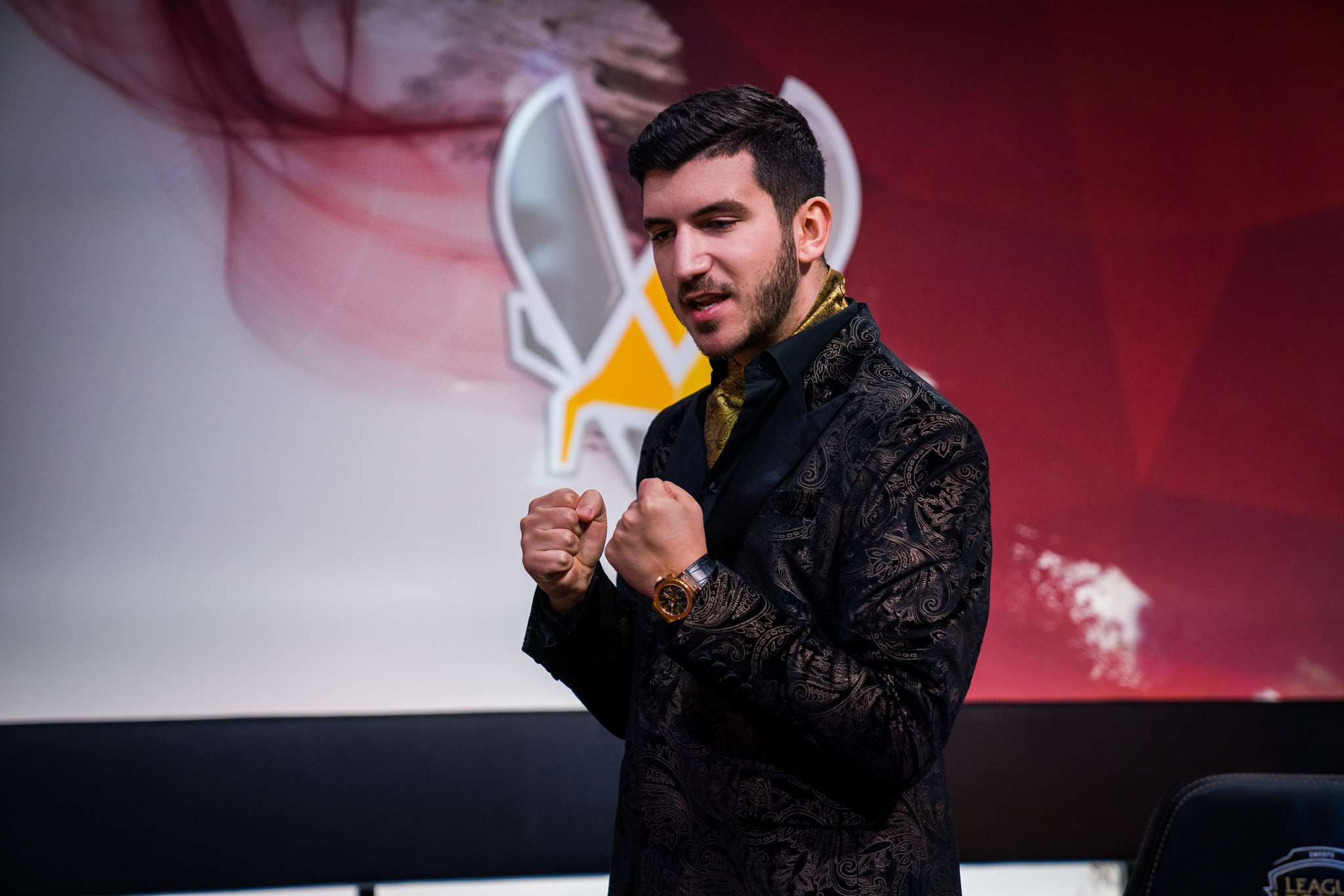 Vitality pulled out a surprise win today against Splyce in week nine of the EU LCS by proving that they know how to play League of Legends like it’s meant to be played—fundamentally, as an objective-based game.

Sure, soloq-style deathmatches are fun, but on the pro stage, the game can’t be played the same way. Vitality showcased superior farming skills, rotations, objective focus, and… kissing.

Although they’ve broken free from a tie for third with G2 Esports, they’re now tied for second with Splyce at 10-6. If both Vitality and Splyce win tomorrow, though, Vitality will take the second seed in the playoffs simply because they’ve defeated Splyce both times they faced off this year.

Vitality had a fantastic start to the 2018 season, crushing nearly every team they came up against. In recent weeks, however, they’ve falled drastically short. Splyce, on the other hand, has done the opposite. Where they had a terrible start to the season, they’ve managed to improve significantly at the end of the Spring Split.

Today, however, both teams hit the rewind button. Vitality once again looked like a machine, and Splyce was downright outpaced, reminiscent of the early season.

Also like the early season, Vitality was doing well overall, but jungler Erberk “Gilius” Demir seemed to try his hardest to throw the game. If Gilius ever actually plays well at the same time as the rest of his team, there isn’t much they couldn’t accomplish. That has yet to happen, though.

The interesting part of this game was how the gold lead grew in Vitality’s favor despite Splyce winning fight after fight. Splyce drafted a team that was extremely good at all-in dives with Sion, Sejuani, Taric, Jhin, and Vladimir, so Vitality knew that they couldn’t win a five-on-five slugfest. They needed to win another way, and that’s exactly what they did.

Splyce’s kill count may have been much higher than Vitality’s, but Vitality took out more towers and farmed much, much better through excellent map rotations. After the final fight at Baron, Vitality had around a 20 CS lead in top lane, 15 in the jungle, 30 in mid, and almost 50 in the bot lane.

In League, fights aren’t the only way to get ahead, and Vitality proved that on stage today.