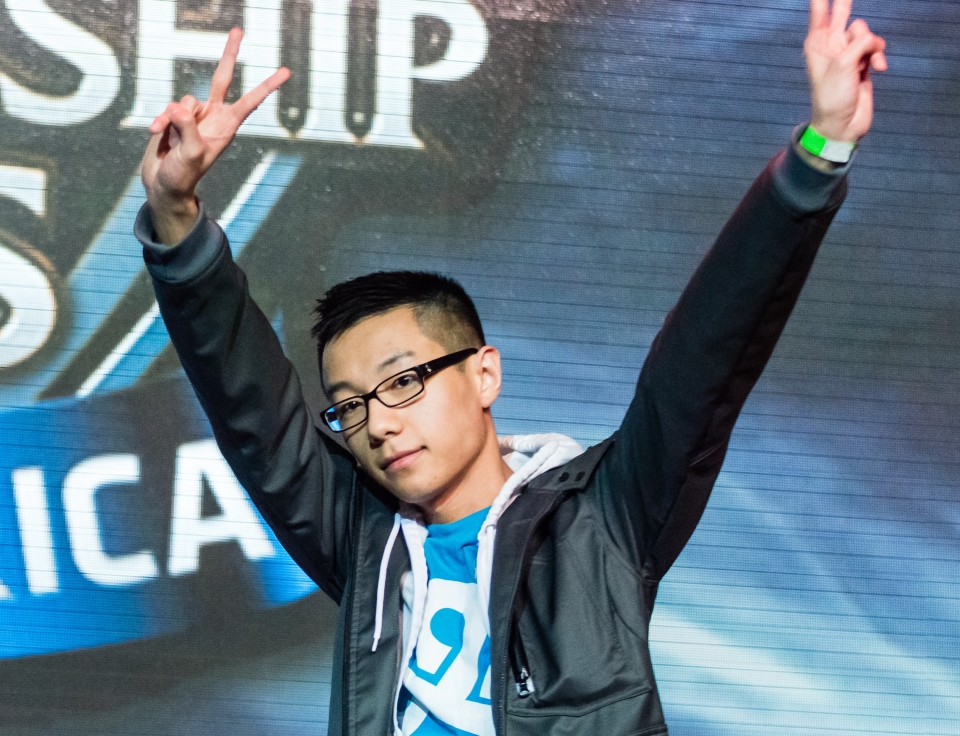 After this weekend’s events, it’s hard not to consider Hai’s move to the jungle one of the better role swaps in the history of competitive LoL. Before Hai joined the team, C9 were a talented but doomed roster heading for relegation. After Hai returned, C9 stabilized, finishing with a somewhat improved 3-5 record to close out the season before rallying to win 7 straight must-win games (the tie-breaker with T8, GV Games 3/4/5, TiP Games 3/4/5) en route to a World Championship berth.

The signs for a Hai role swap were already there after his mediocre Worlds performance, with Esportsheaven’s Drexxin outlining a possible move to the support role. After his retirement, fellow LCS veteran Saintvicious encouraged Hai to consider role swapping to jungle. In general, role swaps have been widely derided, with CLG’s constant positional shuffles in Season 3 becoming a particularly notable source of criticism. The key aspect of Hai’s move to the jungle were his leadership skills and decision making. Although Hai did become one of the better junglers in NA, the discussion from Cloud9 around his return clearly focused on his leadership.

This makes a lot of sense. Role swaps are tricky, and a lot of players can’t transfer skills between positions. However, leaders are even more uncommon, and a good leader wcan be invaluable. Let’s take a look at when teams have role swapped to keep leaders, and when or why it works.

One of the most obvious times when role swaps work are when they keep a key in-game leader on the team’s roster. For some players, leadership and communication can have little to do with what position a player is playing. The most recent example is Hai’s return to Cloud9. Upon Hai’s return, it was clear that C9 were gradually becoming a more cohesive unit with a much better understanding of their strengths. During his time in mid, Hai was great at adjusting and playing around his teammates. One of C9’s biggest strengths when he was their leader was that they could constantly shift around their primary carries. Meteos began as their main carry, before being succeeded by Balls and then Sneaky. This understanding of his team’s biggest strengths once again came to the fore in this new C9 team. Meteos would frequently try to get Balls going, but Ball had dismal spring and summer split damage counts in spite of constantly picking carries like Rumble, Hecarim, and Fizz. The biggest benefit of Hai’s return was that he recognized this weakness and began focusing ganks on Incarnati0n and Sneaky, only rarely ganking for Balls to alleviate top lane pressure. Hai’s in-game planning and leadership were keys that Cloud9 couldn’t win without.

Although Hai is the most recent example, two older and even more successful examples come to mind – Woong’s move to the AD Carry position for AZF, and YellowStar’s move to support for FNC, the consensus best role swap ever. Back in Season 2, there weren’t coaches and players handled pick-ban strategies themselves. Although Woong was once a godlike top laner, he became a very mediocre AD Carry when he replaced Locodoco and made room for rookie top lane talent Shy, especially in comparison to prior AD carry Locodoco. However, it was well worth keeping Woong for his pick-ban brilliance. Woong’s Frost would almost always win the pick-ban phase, and the team became famous for never losing a single blind-pick match in OGN’s history. YellowStar’s move to support has been even more impressive. Although YellowStar is today also known for amazing mechanics, expectations were actually very low when he moved to support – he had been a serviceable but mediocre AD Carry player. FNC had mostly decided to keep YellowStar because he played a key shotcalling role. The move to support unleashed a player whose elite skills (setting up picks and engaging) were a poor fit for the AD Carry position. As an AD, YellowStaR could only play Ashe or Varus to start teamfights. As a support, his options were greatly expanded. Not only did YellowStar shotcall Fnatic to a Ro4 finish at S3 worlds in his inaugural season as support (creating the infamous “Fnatic death brush” alongside Peke and SoaZ), he would go on to lead an all-rookie team to the EU title in Season 5. YellowStar’s new Fnatic with Rekkles is now considered one of the best Western teams ever, and their combination of aggression and intelligence would be impossible without their captain.

These three players all have very different skill levels. YellowStaR is considered the best Western support ever, and Hai is still learning the jungle. Throughout his time on Azubu Frost, fans considered Woong a deadweight. However, all three players were able to retain their leadership skills from a new position and lead their teams to success.

Another one of LoL’s legendary shotcallers, Reapered, attempted multiple role swaps into both the jungle and mid lane positions. Unfortunately, his Jin Air roster (also known as Eat Sleep Game) was never able to find success, and Reapered himself topped out as a somewhat above average jungler and a very weak mid laner. A big part of why Reapered’s leadership didn’t work was simply because his leadership skills were closely tied to both his approach to the top lane and his formidable skills in that position.

Let’s take a brief look at why other role swaps succeeded. Hai’s best skill was identify what his teammates were good at and playing around it, something he could do at any position. Woong’s champion select acumen had nothing at all to do with the position he played. YellowStaR moved into a position that best complemented his knack for leading his teammates picks and engages. These brief descriptions are clearly oversimplifications. For instance, Hai is fantastic at calling split pushes and YellowStaR has demonstrated a strong ability to lead the laning phase. However, these stereotypes also cut to the core of these player’s type of leadership. On the other hand, Reapered’s brand of shotcalling only truly succeeded when he was an elite player – he was great at commanding his teammates to play around him and his formidable split push pressure. By macro-ing his teammates around the map, Reapered set up his own success and single-handedly carried his teams to victory. Not only was this more difficult as a jungler and a mid laner, his own relatively inferior skill at those positions made it a recipe for disaster. There’s nothing wrong with how Reapered led his teams, he is undoubtedly one of the greatest players ever, but his leadership style was hard to translate into a different position.

Players of Reapered’s caliber have rarely swapped positions, but it’s possible future examples may arise. Other self-focused shotcallers, such as WeiXiao, likely would not have fared well in a role swap situation.

Another pitfall of rotating players out of position for their leadership skills comes in the form of the adjustment period to a new role. Even in the successful role swaps I mentioned earlier, there was a notable adjustment period. At Season 3 Worlds, YellowStaR was already having a huge impact due to his intuitive understanding of picks, but his champion pool was somewhat limited to Zyra and Leona. As he became more comfortable in the position, he was was able to expand his champion pool and gain a better understanding of the laning phase. Although Woong never resolved his champion pool issues, (he could only play Graves, MF, and arguably Ezreal throughout his time as an AD) he eventually built up a strong rapport with MadLife. Hai’s jungling is quite strong in NA because of his unpredictability and willingless to pressure lanes, but he will have to work on his poor warding and inconsistent champion pool if he wants to contend internationally.

One player whose role swap actually fit both of the aforementioned criteria (strong leadership, transferable understanding of the game) was Saintvicious. When Saintvicious rejoined the Curse starting roster as support, fans mocked Liquid112 for a seemingly nonsensical decision. However, Saint’s skills actually made him a quite natural fit for support. Saint’s calling card as a jungler was his aggressive engages and shotcalls, a skill that translated very well into Season 4 support, which had become a key engage role. During his short stint at support, Saintvicious showed very mixed results, but he did have several strong plays on Leona or Alistar that suggested he could become an above average NA support player. It’s possible that this role swap never could have worked out – Saint’s level after role swapping was worse than any of the aforementioned player’s, and an extended adjustment period may have made this no longer worthwhile for Curse. However, his very short time on Crs made it hard to tell if he could have eventually become a valuable asset.

Leaders are rare in competitive LoL, and it’s natural for teams to want to keep them. When they do so, it’s important for them to examine how their leadership style works to see if a role swap is appropriate. In addition, it may be worth giving them an appropriate length of time to learn the new position. Time and non-transferable skills are two of the biggest pitfalls to leadership-based role swaps.