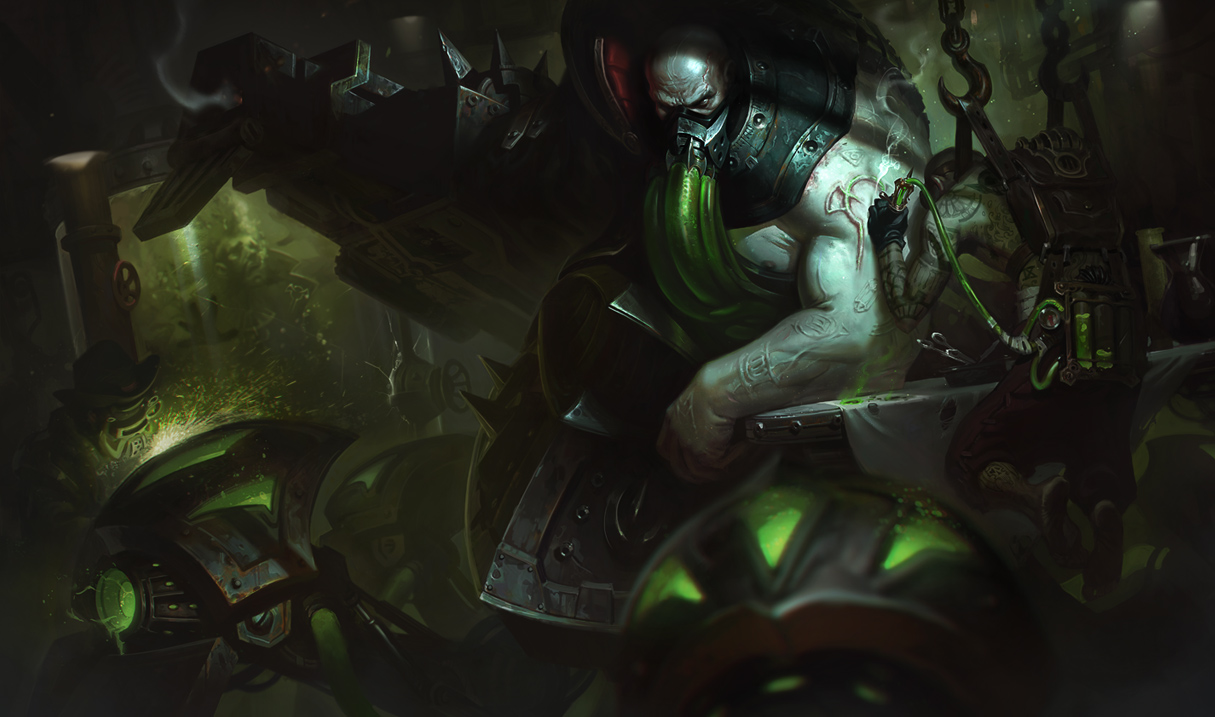 Urgot’s new voiceover has been revealed, and it turns him into something that very closely resembles Bane from The Dark Knight Rises. Maybe it’s the mask, or maybe it’s the urge to overthrow law and order, but this new Urgot could give Tom Hardy a run for his money.

Following suit from the Galio and Warwick redesigns earlier this year, Urgot’s new voice adds tons of new voice lines that fit his new lore and personality—one that clings to pain and chaos to fuel his very existence. Paul M. Guyet has claimed this grotesque voiceover handiwork as his own, and we have to give props to you, Paul. You do a great job of selling the whole “I want to murder everything” vibe that the new Urgot has going on.

Urgot also has a ton of new interaction voice lines with other champions. After watching through the entire list, it’s safe to say that he does not enjoy anyone from Noxus, including former Noxians like Riven. Oh, and Teemo. He almost seems a little scared of him, because when upon taunting a Teemo, he says, “Compared to what you do… this is merciful.” We’re glad that it’s a universal understanding that Teemo is a psycopath that tortures the world with anything and everything he does, and that even Urgot, whose M.O. is torture and murder, knows that he isn’t on that level.

The new Urgot should be gracing all of us with his grotesque and horrifying presence in the next patch, which is still a couple of weeks away since the last patch just arrived yesterday.