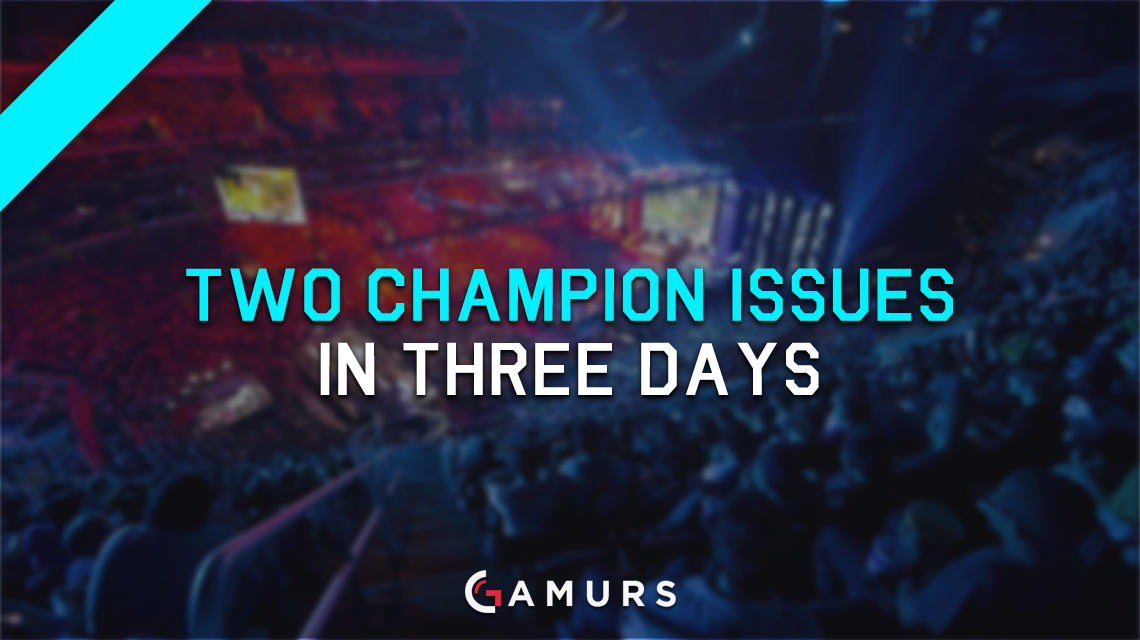 Two issues with champions at Worlds have affected teams as Riot wraps up just their third day of competition at the Bill Graham Civic Auditorium in San Francisco, California.

The first issue came with one of Riot’s newer champions, Aurelion Sol. An issue arose with the champions passive, which, for those unfamiliar, is three stars that revolve around the champion and can be seen even when the main body of the champion is in a brush. However, the issue that came about was Søren “Bjergsen” Bjerg being unable to see the passive stars at all. Even when the champion was out of the brush, still no stars. He immediately called for a pause and Riot attempted a fix, however when the game was restarted Bjergsen could still only see one star. Sol was disabled for the rest of that day, day two, and day three. Aurelion Sol is currently scheduled to return on day four.

The second issue was with Nocturne in the ROX Tigers vs. G2 Esports matchup. Nocturne was picked by the ROX Tigers and the G2 players complained of hearing and seeing the sound and visual effect that appears when Nocturne activates his ultimate, even the champion had not done so. This effectively provided false information to G2 and caused quite a bit of confusion. The game was paused for a short amount of time and presumably a fix was found as the game continued with no further incident. Nocturne was not disabled for any of the following games, but has not been picked in any game since the G2 incident.

What do you think of the champion issues at such an important tournament? Let us know in the comments below or tweet us @GAMURScom.