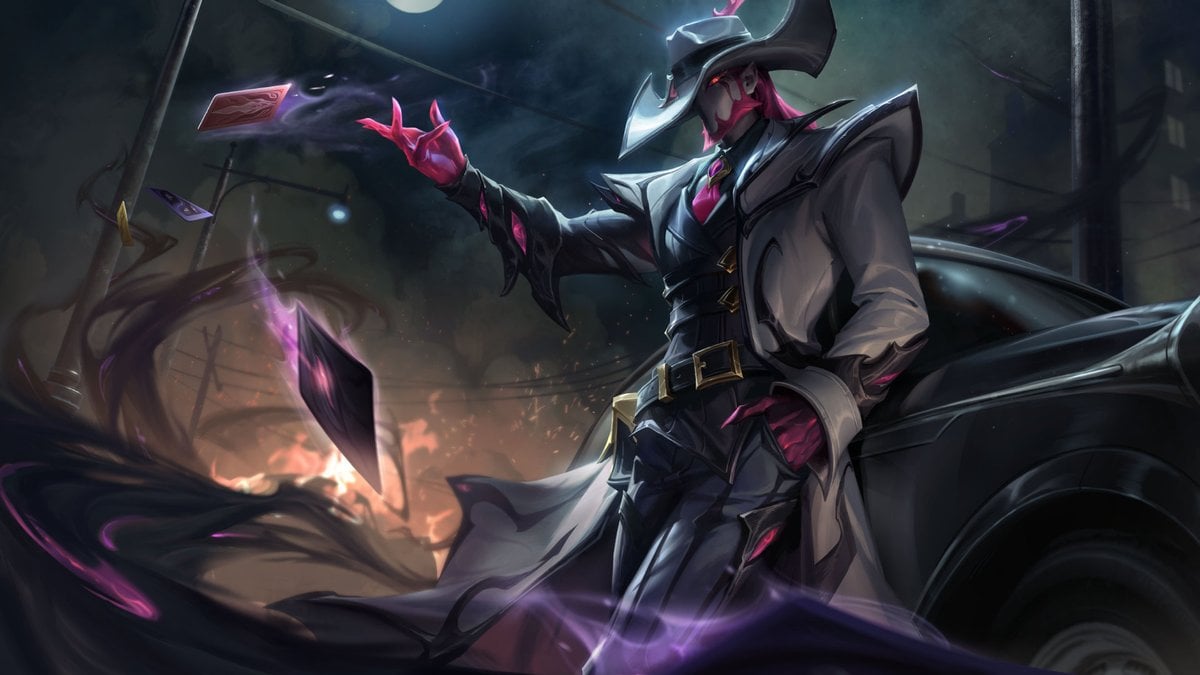 Almost every single major region in competitive League of Legends has finally kicked off and the champion meta has been pretty diverse. Fans have seen multiple interesting picks, like Singed support and Zed. But one champion has dominated the drafting phase in multiple regions: Twisted Fate.

The infamous Card Master currently has a 100-percent pick-ban rate across the LCS and LEC, according to League stats tracker Games of Legends. He’s only been played in four games, winning twice, and has been banned 26 times.

When looking at the Eastern major regions like the LCK and LPL, Twisted Fate’s pick-ban rate does drop to 82 percent, but that’s also because many more games have been played in those leagues due to regular season best-of-threes. He’s been banned a whopping 69 times, though.

Twisted Fate’s huge upside lies in his ultimate ability, Destiny, which has a whole plethora of uses and makes him one of the most efficient champions to use in a competitive setting. He can, for example, split push to force pressure in a side lane then join his team across the map for an objective once an opposing player responds.

He can also hop into a skirmish at a moment’s notice and provide his team with vision on every enemy champion on the map. His flank potential is limitless too since he can teleport behind an enemy team to stun an opponent and allow easy access for his own team to follow up with more engage and damage tools. For aggressive teams, this utility is a dream to have in any composition.

Although this number will die down once these leagues continue into the second and third week of play, Twisted Fate should still remain one of the top picks in the world unless he gets hit with a game-changing nerf in the coming patches.

The 2022 LEC Spring Split and LCS Lock In tournament will resume on Friday, Jan. 21.