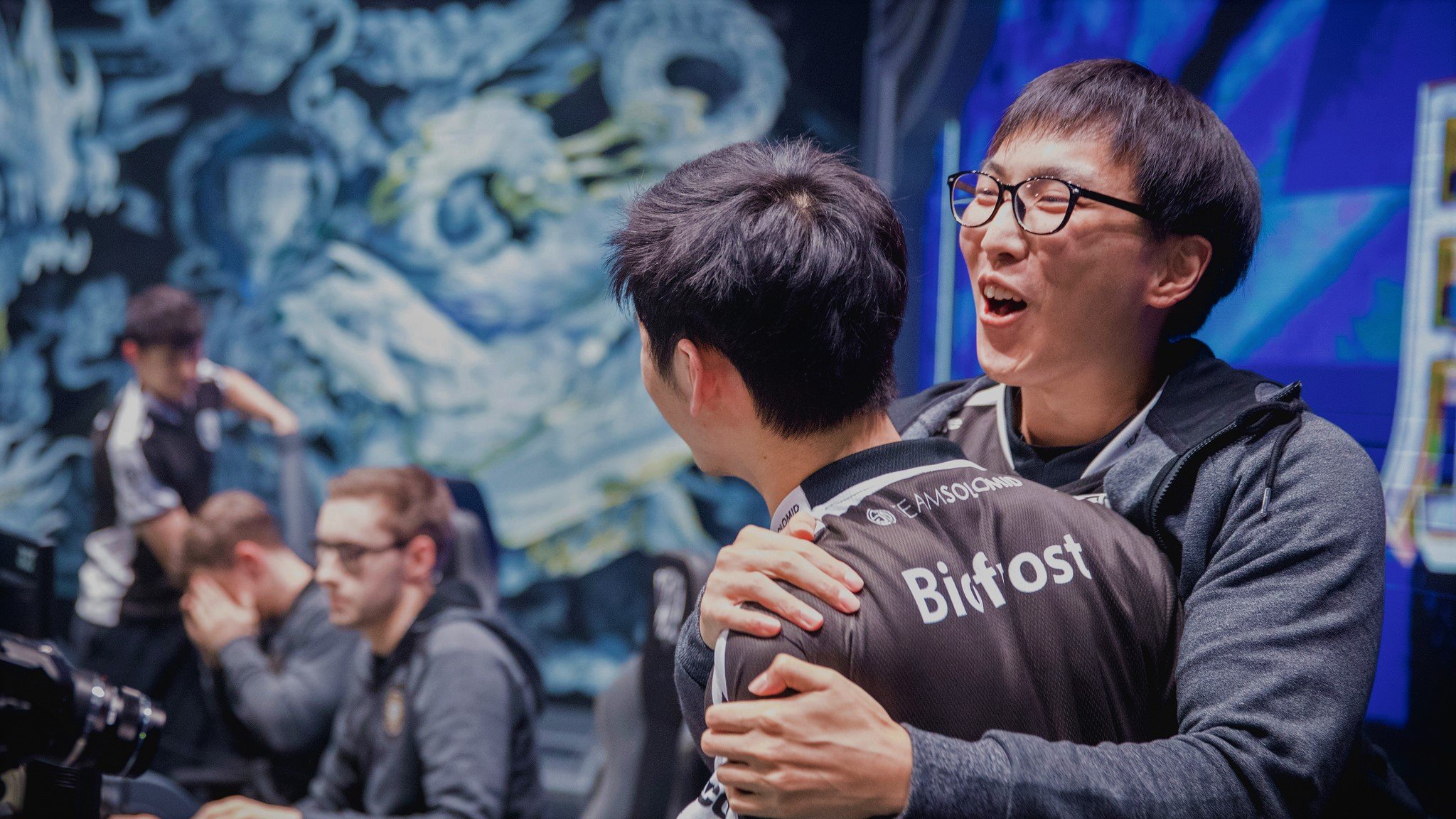 It’s no secret that TSM have a heavy burden on their shoulders this year at Worlds. They’ve been indisputably the best North American team for the past few years, but they’ve never succeeded at Worlds. Not once.

It’s become such a stigma that TSM are more well known now for being an international disappointment than they are as a great NA team. This past split, they took all of the criticism to heart, and focused more than they ever had on practicing for Worlds, rather than practicing to win the NA LCS split. They tried out all sorts of new strategies that they weren’t comfortable on, like putting Kevin “Hauntzer” Yarnell on support tanks instead of splitting powerhouses, or even Søren “Bjergsen” Bjerg on a tank in the mid lane.

The goal of playing a myriad of team comps would hopefully prepare them for each region’s meta when they arrived at Worlds, and more importantly, it would help them adapt to unexpected situations—something TSM have historically struggled with.

So, after all that improvement, here they are. Worlds is under way, and earlier today, they bested the LMS’ Flash Wolves in a grueling 50-minute contest in which both teams played excellently. To succeed this year, they can’t just slide through by simply qualifying for the knockout stage—they need to prove that they’re the best in their group. Only then will they be taken seriously.

Their group consists of the EU LCS’ Misfits, the LPL’s Team WE, and the Flash Wolves. After Misfits’ loss yesterday, Team WE look like the only other contender in the group.

Outmatched in the jungle

TSM’s weakness for the past year or so has been Dennis “Svenskeren” Johnsen. He’s not a bad player or a bad jungler, but he’s assumed the role as TSM’s token risky playmaker. He invades the enemy jungle at unexpected times, even when it doesn’t seem like he has the power needed to duel the enemy jungler, and he engages in teamfights before the rest of his team is ready. Sometimes, this style works out really well, and TSM turn these engages that catch the enemy off guard into game-winning pushes.

Often times, though, it results in Svenskeren being split away from the rest of his unaware team, either ending up dead or being forced to escape, creating big windows of opportunity for enemies to push down jungle objectives.

Team WE’s Xiang “Condi” Ren-Jie, on the other hand, is one of the best junglers at Worlds this year. He’s often been WE’s saving grace in otherwise lost games, and he’s no stranger to making clutch plays and Smite steals. He pulls off plays like this so consistently that he’s earned the nickname “Son of Baron” for his downright reliable Baron steals. Svenskeren has been playing well fairly consistently over the past split in an attempt to quietly earn back his reputation as a great jungler, but it still doesn’t look like he can keep up with Condi.

There are two things TSM can do to alleviate pressure from Svenskeren against WE tomorrow. Condi’s ganks will probably be more proactive and aggressive than his, so Svenskeren can play a late game, low skill tank like Gragas—a champion he’s been performing well on recently—and just scale. They could also put bot lane on an Ardent Censer plus hyper-carry ADC late game combo to scale with him. Then, Bjergsen could play a powerful early game assassin and take up the mantle as the team’s early pressure while the late game champions are allowed to scale.

This means that TSM would need to pump the brakes and slow down the early game to make sure WE doesn’t snowball before they have a chance to scale. Alternatively, Bjergsen could play a control mage with respectable crowd control. With that, he can keep his lane shoved, allowing him to leave at a moment’s notice to help Svenskeren if he gets caught by Condi in another risky invade. Pulling Bjergsen away from mid lane is a problem, though, because his dominance over his own lane attributes to many of his team’s wins.

Either way, it seems like TSM will have to give up something to compensate for Condi’s jungle prowess bearing down on them—either early game power or control of the mid lane.

TSM fought hard to earn their comeback win over the Flash Wolves today, but they mostly have one person to thank for even having the opportunity to begin with—Hauntzer. Without his mechanical outplay over FW’s Yau “MMD” Li-Hung, TSM never would have found the breathing room to push for a lead.

While he was fighting MMD, the entirety of Flash Wolves moved towards bot to help their comrade, opening the map for TSM to push lanes and set up vision. Not only that, but Hauntzer walked out of the one-vs-two fight with a kill and his life. His MVP-worthy Gnar ultimate helped TSM crack open FW’s base after earning their first lead, too.

Coming into Worlds, all of the focus has been on Longzhu Gaming’s Kim “Khan” Dong-ha and Samsung Galaxy’s Lee “CuVee” Seong-jin as the two best top laners in the world. Hauntzer has never played that well on the international stage, but today’s dominance over MMD, one of the most decorated top laners ever, proved that he can tango with the best. Not only that, but he can beat the best.

If he can keep that up, Hauntzer should also be able to beat WE’s Ke “957” Changyu, another very respectable top laner and one of WE’s best players. Oddly enough, Hauntzer’s newfound strength comes from his champion pool. He’s very mechanically talented, and his macro and pressure generating skills are nothing to scoff at, but he’s always had those traits. This year, though, TSM have been playing him on every type of top laner in League’s vast champion arsenal. He now understands how to play hard carry and high damage tops just as well as support style and playmaking tanks.

He’s a chameleon, and he can play whatever his team needs him to play while making it look easy, something he didn’t do so well last year at Worlds.

TSM’s game against Team WE starts today at 3am ET/3pm CST. If they can win, they’ll be making a statement about where they stand in their group. For once, they’ll be favorites on an international stage.