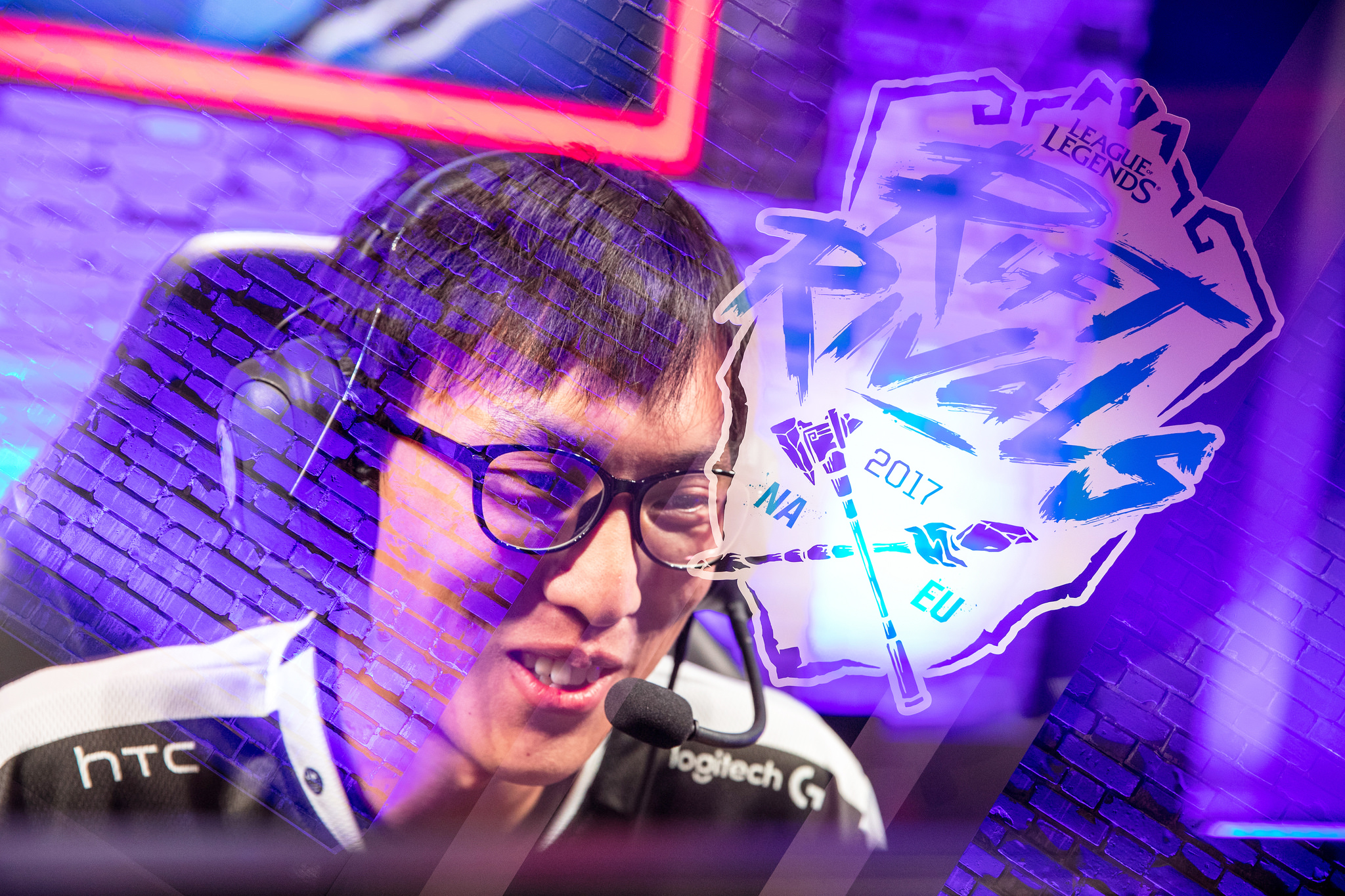 TSM struck back against G2 Esports with a vengeance today in the opening game of Rift Rivals. TSM finished the game after taking two Barons, an Elder Dragon, and five more towers than G2, in what can only be described as a slaughter.

TSM played an interesting team comp—one that hasn’t been played very often over in the NA LCS. The comp was made of four beefy, menacing tanks and one Tristana for the team’s only damage. Tanks are notoriously less effective in the early game than damage-heavy champs, as they need time to scale up and actually get tanky. Despite that, TSM’s team was perfectly balanced all throughout the game, because they picked a jungler with high early pressure that opted to build tanky as the game progressed.

Dennis “Svenskeren” Johnsen’s Elise ran the early game, too. His long-ranged stun was a perfect setup for all of TSM’s high crowd control lanes, and his early damage was more than enough to pick up some kills, and it set TSM up to scale quickly into the mid game. Once the mid game rolled around, TSM’s terrifying teamfight started to show.

After the team picked up a swift four kills in bot lane, the game started to fall into place for TSM. With Galio’s innate map pressure and a clean teleport from Kevin “Hauntzer” Yarnell, their wombo combo became obvious. Jarvan lands a cataclysm, and Galio ults on top of him. This was the teamfight combo that TSM needed to keep landing in order to close the game in their favor, and that’s what they did.

Even without that, though, TSM had plenty of tools to catch out G2’s Syndra and Kog’Maw. Elise’s cocoon, Tahm Kench’s tongue, Jarvan’s flag-and-drag, and Galio’s Justice Punch made for a scary arsenal of gap closers and crowd control, and once they figured out how to position their champions to get the best results, the game was all but over. In one flawless wombo combo led by Hauntzer, TSM exacted their revenge.

This was only the first game of Rift Rivals, but seeing TSM against G2 for the first time since MSI is still very exciting. More importantly, you can clearly see that TSM has improved. Last time these teams met, TSM had issues making proactive calls around the map to create pressure in a pinch. But today, if a fight didn’t work out, they were already positioning themselves to take a tower or push a wave as a consolation prize. If TSM can keep on this forward trajectory, they’ll quickly become a favorite at Rift Rivals.