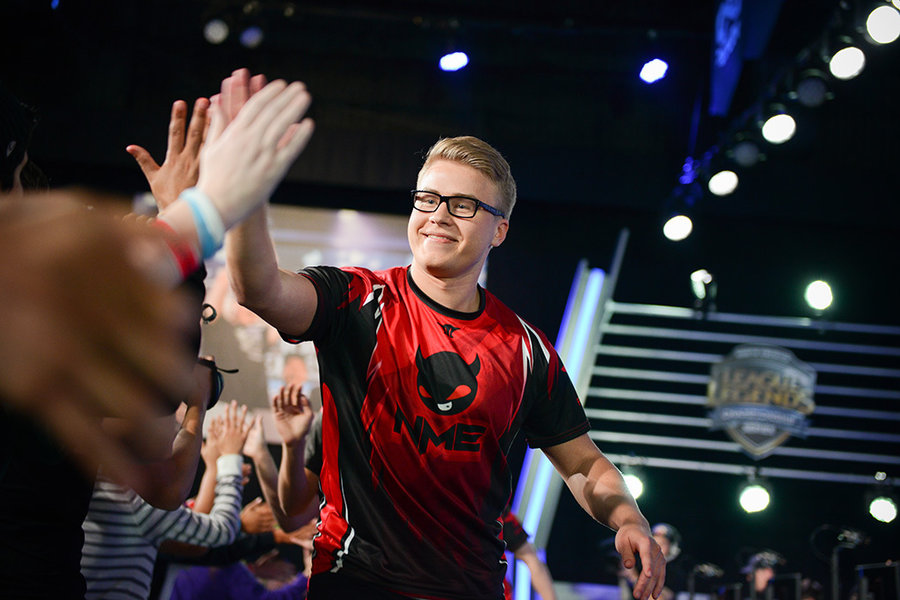 Jonas “Trashy” Andersen, the former jungler for Enemy eSports, will be making a move back to Europe as he joins Follow eSports as their new starting jungler.

After a disappointing 9th place finish in the Summer Split of the NA LCS and a loss in the promotion tournament, things were not looking too good for the Danish jungler. However, it seems that the Follow eSports staff thought otherwise, as they have offered Trashy a starting spot among the other four Danes on the team. Trashy’s best champion at the end of the Summer Split was Sejuani with a 66.7% win rate.

During an interview with The Daily Dot, Trashy said, “I’m very pleased to be joining the former DIG EU team, now FollowEsports…I was a bit surprised when they contacted me after my failure with my former team, NME, in the relegation, but I have no doubt that joining these four fellow Danes is the right decision for me. I can’t wait to start working with the team and the staff. I’m sure we will surprise a lot of people in the upcoming LCS split.”

How well do you think Follow eSports will perform in their first split of the season with so much competition around?  Feel free to leave your opinion in the comments below and remember to follow us here at eSports Guru for all your League of Legends and general eSports needs!