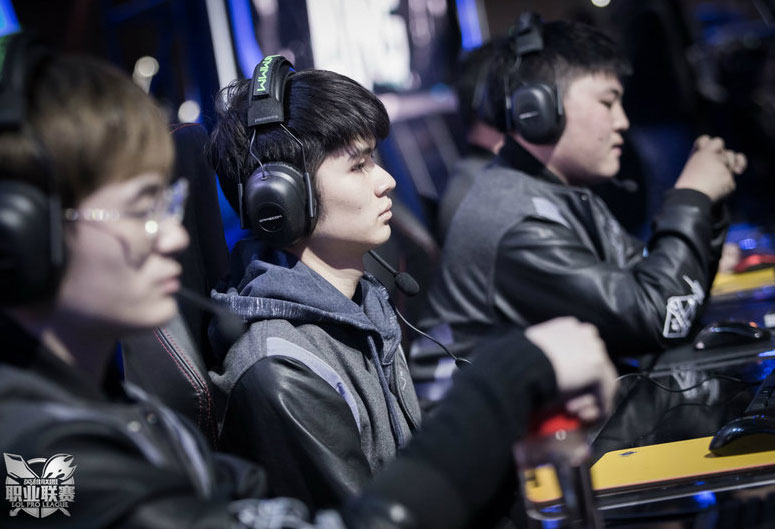 The original article does not state who is interviewed, most likely it’s OMG’s coach/manager. I tried my best to translate but some of the term used is hard to make a direct translate.

Q: In this match, I believe OMG heard what SanShao (EDG’s CEO) that EDG wanted to win OMG 2:0. How do you look at this statement?

OMG: Every team wishes they can win other team by 2:0. Currently our standing are 1st and 2nd respectively, therefore it’s reasonable for EDG to take down OMG by 2:0.

Q: Why Uzi and Luo is replaced with san and Xiyang? Had Xiyang officially switch position to support?

OMG: Both san and Xiyang is part of OMG and they had been practicing hard. We had plans to put both of them in the starting roster but they’re engaged in some activities, therefore both of them are only able to play this week. As for Xiyang, he’d officially transitioned into support and his mechanics are improving as well.

Q: On second match (against EDG), san was swapped with Uzi, but Uzi’s favorite support, Luo was replaced with Cloud, why? Will Uzi paired up with Xiyang, Cloud and DaDa777 to practice?

OMG: Biggest part of it is Luo is sick recently and his performance is not optimum. For matches, we definitely want player with best performance to play for us. Uzi will be practicing with other support and we will allocate our resources accordingly and make sure everyone had a chance to be part of the starting roster.

Q: Transition of Xiyang to support is because of team needs or cool had been performing very well and forces him transit role?

OMG: Haha, Xiyang likes support role and he transit to support willingly. He also jokingly said that among Uzi and san, who will summon him (there is no exact way to translate the second sentence but this is what it means literally).

Q: In today matches against EDG, how would you rate EDG? I heard that EDG was defeated by GE Tigers 5:0 in previous scrims, will OMG scrim against Korean team?

OMG: EDG teamfighting and objective control are excellent and we should learn from them. Currently, many team scrim with foreign team including us. There are a lot of things we can learn from Korean team.

OMG: Korean coach created tensified atmosphere. Due to discussion of Ban Pick phase and post-match discussion, they always stay up late. Their dedication tells our player that there is a big gap between OMG and Korean team. We have to work on this very hard.

Q: In second match, bans are trageted towards GoGoing and Koro is far ahead of everyone else which eventually cost OMG in teamfight. How does GoGoing rate Koro? Some players mentioned that Koro is top tier top laner as GoGoing.

OMG: Koro had stepped up much due to team pressure. In every LPL match, player have to maintain their performance and improve from there. Solid player that does not make much mistake and able to make good plays are already a good player.

Q: In first match, OMG won first BO2 with san and Xiyang. In second match, OMG played with Uzi but unable to secure second win. How do you looked at this matter? With this result, does it mean that synergy between Uzi with the team is not that great?

OMG: We did expect this result and due to team strategy, we can’t conclude that which player is better. Ways of player facing contigency and small details also alter game result. Synergy between Uzi with the team needs to improve.

Q: In future matches, will OMG play with Uzi + Luo/Cloud or san + Xiyang?

OMG: More likely Uzi + Luo/Cloud. Every player had their own schedule and we will play our matches with players who performed well.

OMG: It’s acceptable. Both team are equally good. Deciding factor for a match to lose or win is player’s mentality and their ability to handle different situation. Our team members are very close to each other and understand each other. Sometimes we tend to create a chance for enemy to make a comeback.