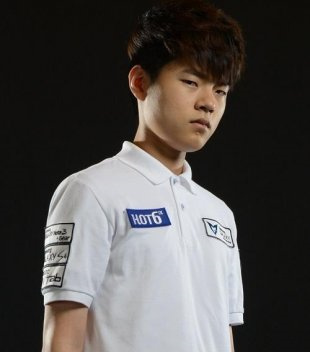 Interview with SSB after Quarterfinal – They believe Royal will beat EDG and Deft said  if IMP does not play well in semi-final, his reputation will be swept away.

Q: Your team has very high winning rates against Chinese teams but you sometimes lost (with some bad defeats) when playing against EU and NA teams. Is this because you used Chinese as a straw man in your training?

Heart: No, we don’t really have special training or strategy to play against Chinese teams. I think Chinese teams are nervous when playing against Korean teams; this is probably a psychological issue. Since both Chinese and Korean teams are late-game oriented, if a Korean team has a chance to snowball in the early stage, it will be hard for Chinese teams to win.

Q: You (Heart) were under a lot of pressure in the first game and eventually your team lost the game. How can you adjust yourself to get into the game condition.

Heart: We also faced some [early game] crashes during scrimmages. My teammates encourage me and help me get my head back into the game

Q: We saw you pick Corki in the third match and build Liandry’s Torment. People usually don’t use this for ADC. Can you explain to us your understanding of this Champion?

Deft: If Corki can do well in the early game, later it will have a strong AoE effect. We were pretty ahead at that moment, I used Liandry’s [Chinese players call this item “big mask”] to increase the power of my ultimate attacks.

Q: During an interview yesterday, IMP said he will burst your popularity bubble. And he has already got 2 pentakills. Do you have anything to say to him?

Deft: IMP’s pentakills are mostly the credit of his teammate. If imp does not play well this time, his reputation will be swept away (Deft smiled evilly).

Q:During the 4th match, 3 of you were killed and C9 was about to destroy your Nexus. What was in your mind at that moment? Were you in a panic? How did you lead your team at that moment?

Dade: After we were killed, some of us were panicked and also thought we might lost this match. However, we later regain our confidence and took the last opportunity to stop them and eventually defeated C9.

Q: What is your prediction on the Chinese team’s “civil war” game tomorrow? Can you elaborate your reason?

Spirit: Tomorrow’s game will be a very interesting. I think Royal will have a 3:2 win against EDG. During our scrimmages with Royal and EDG, Royal performed better.

Q: You will meet your brother team SSW in semi-final, can we talk about their weakness?

Heart: SSW’s weakness is their methodical game style. If we can disrupt their rhythm in the match, their game plan will be messed up.

Q: Did you foresee such a strong resistance from C9 today?

Spirit: We consider C9 is a strong opponent, however, we were mentally determined to win this game, so nothing could stop us.