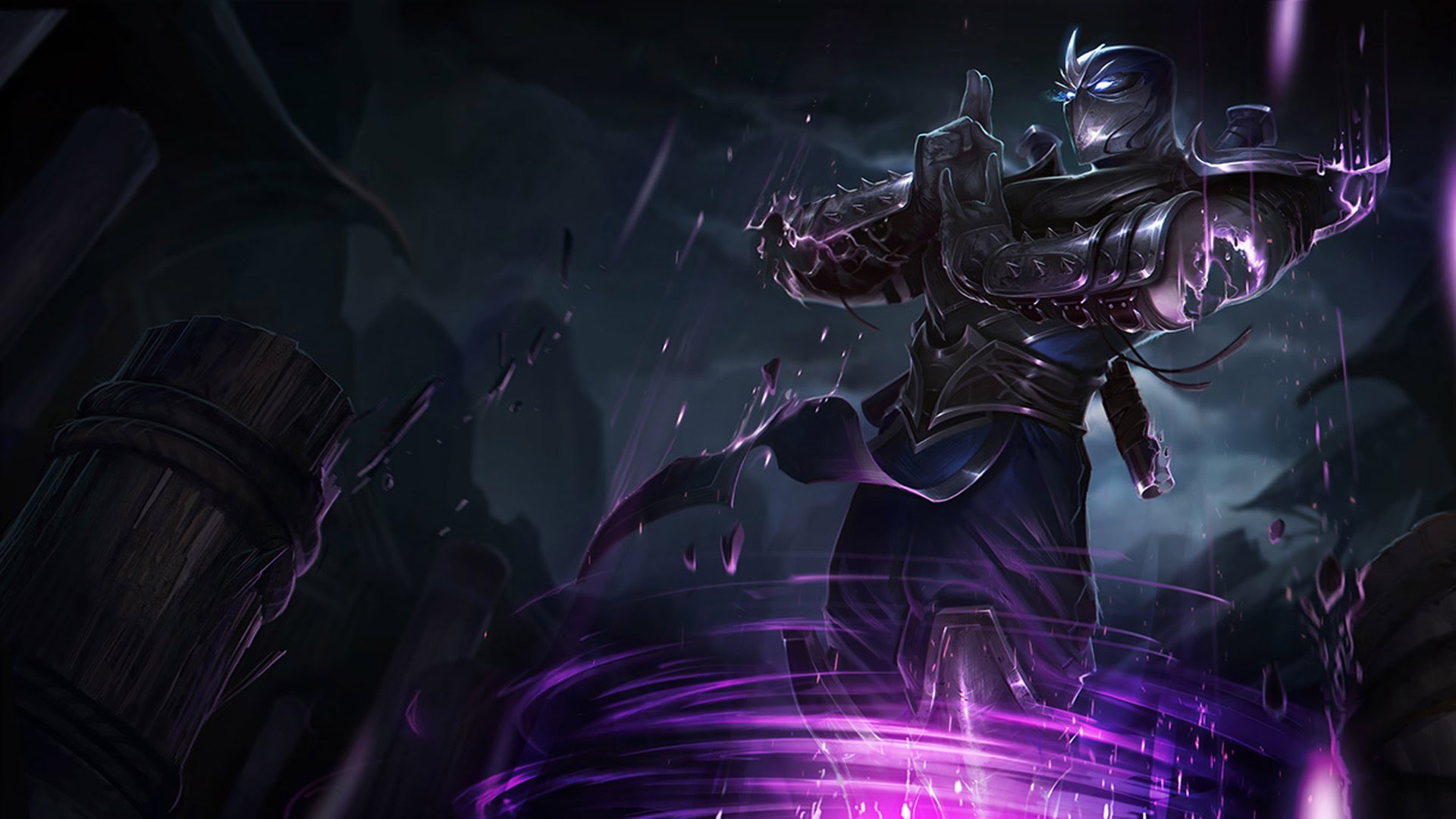 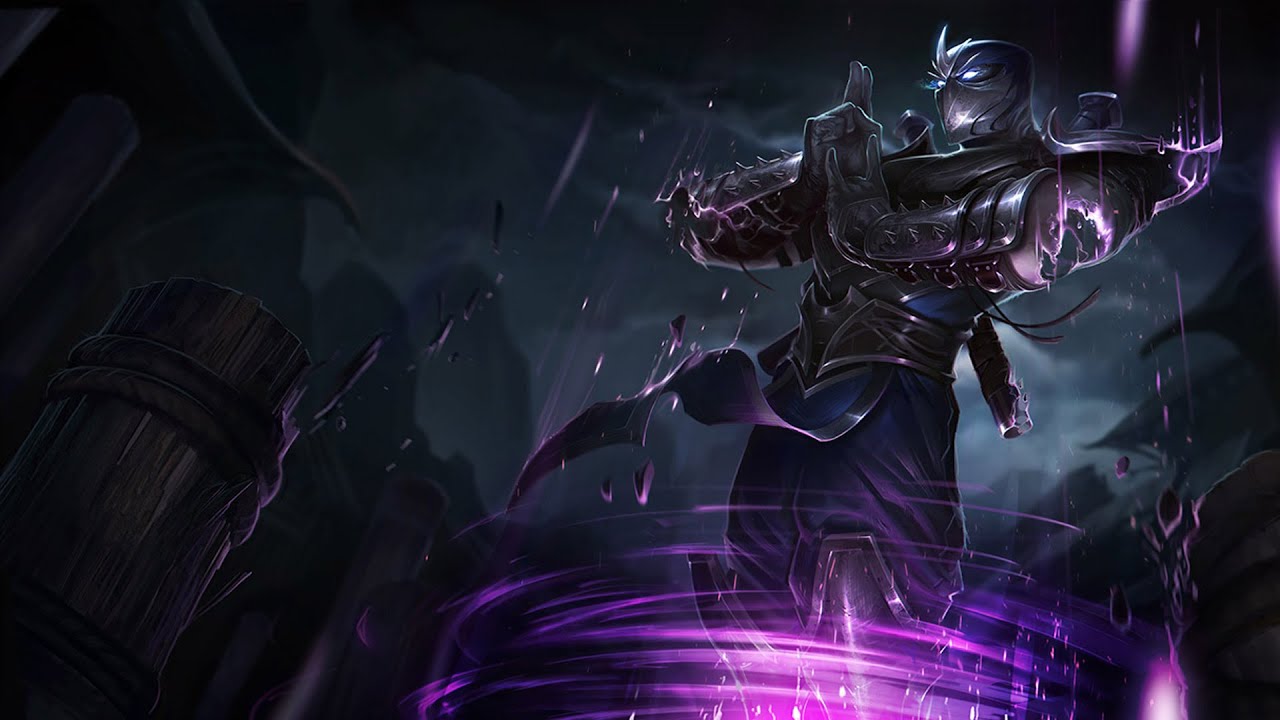 Coming in at number 5 we have the infamous bastard, Shen.

Dressed in his trusty sunfire cape you’ll find this ninja carelessly pushing down your side lanes and taking down turret after turret all game at absolutely no cost.

Try chase him away from your turrets? He’ll just taunt away..

Try to engage on his teammates? He’ll just ultimate right into the fight… And the best thing about it is that at it’s only a two minute cooldown!

It’s no surprise that this fearless ninja was nearing a 100% pick/ban in season 3.

At number 4 we have the deathsinger himself, Karthus.

Grab a tear, a rod and a book while you’re at it, this’ll probably take a while. The most important thing for karthus it to scale well into the late game, and to do that he needs to farm… and farm some more… and then take some more farm. And then some more…more… Take the jungle camps while you’re at it… and then farm some more. make sure you’re not missing any of course! keep farming… keep farming some more… there’s no such thing as too much farm… Who the fuck gives a shit about roaming for kill or objectives or fighting in the midgame… Pressing R whenever an enemy on the map is low is all you’ll need… Don’t get distracted by your stupid teammates. Just farm and keep farming and farm some more until you get all the items you need… and then keep farming after that. If you think you’re done farming, you’re not! keep farming.

As you can see karthus was a very exciting champion for the players and spectators alike. Can’t wait for his resurgence 🙂

Nidalee, The Bestial Huntress, The Ferocious Feline Fighter, The bitch that we can’t stop bitching about.

AP Nidalee, the cancer we thought we got rid of… For years RIOT have tried to balance this stupid champion but time after time after time they continue to fail (like with most other champions). Whether it be the 2000 damage spears or the infinitely distanced leaps or maybe its the infinite heals there’s just plenty for everybody to bitch about.

I’d imagine most people would put her much higher on this list but honestly, Nidalee wasn’t that bad… I mean yeah she could effortlessly force your carries back to base with just one spear… yeah she could chunk out all your team without putting herself in any danger… yeah poking her back wasn’t nearly as effective with her insane heal… yeah chasing after her probably felt worse than being kicked in the balls repeatedly but at least she was exciting to watch, right? no? whatever here’s some clips. Next up we have the explosive expert, the maddest bomber, Ziggs!

Aspiring to be a revered agriculturist like Karthus, he rattled through wave after wave with manic zeal, emboldened by his area of effect explosive bouncing bombs, area of effect hexplosive mine field and his greatest creation of all time… the MEGA INFERNO CLOCK!! a gigantic, area of effect, global ultimate that helps you clear all the side waves you need from the comfort of the midlane. Much like Karthus, Ziggs is also a credited connoisseur in the fine arts of cultivation and helping to stall out games with even the largest of deficits. Fuck you Ziggs. Fuck you.

A healer gifted with the magic of the stars, Soraka holds all living creatures close to her heart.

Except LCS viewers. She held them as hostages for months and it was fucking torture.

She was once a celestial being, devoted to bringing peace, up until the absolutely spectacular cloud 9 midlaner, Hai, brought her into the LCS. Great stuff mate. Really couldn’t have possibly asked for a better champion to spectate. Nothings quite as exciting as watching a roaming, tank, bruiser, mage, midlane support soraka.

If you answered yes to any of those questions then Soraka is the champion for you! Just lock her in at champ and then press Q whenever the fuck you can! Your opponent tries to push the lane? Press Q! Your opponent tries to cs under tower? Harass him with Q! Are you trying to trade? Well there’s no point in trading but if you must, just Press Q! and also don’t forget to use all your retarded heals!!!

Disclaimer: The views and opinions expressed in this article are those of the authors and do not necessarily reflect the official League of Legends circlejerk. Examples of analysis performed within this article are only examples. They should not be utilized in real-world analytic products as they are based only on subjective opinions and memory. Assumptions made within the analysis are not reflective of the position of any other league of legends fangay.