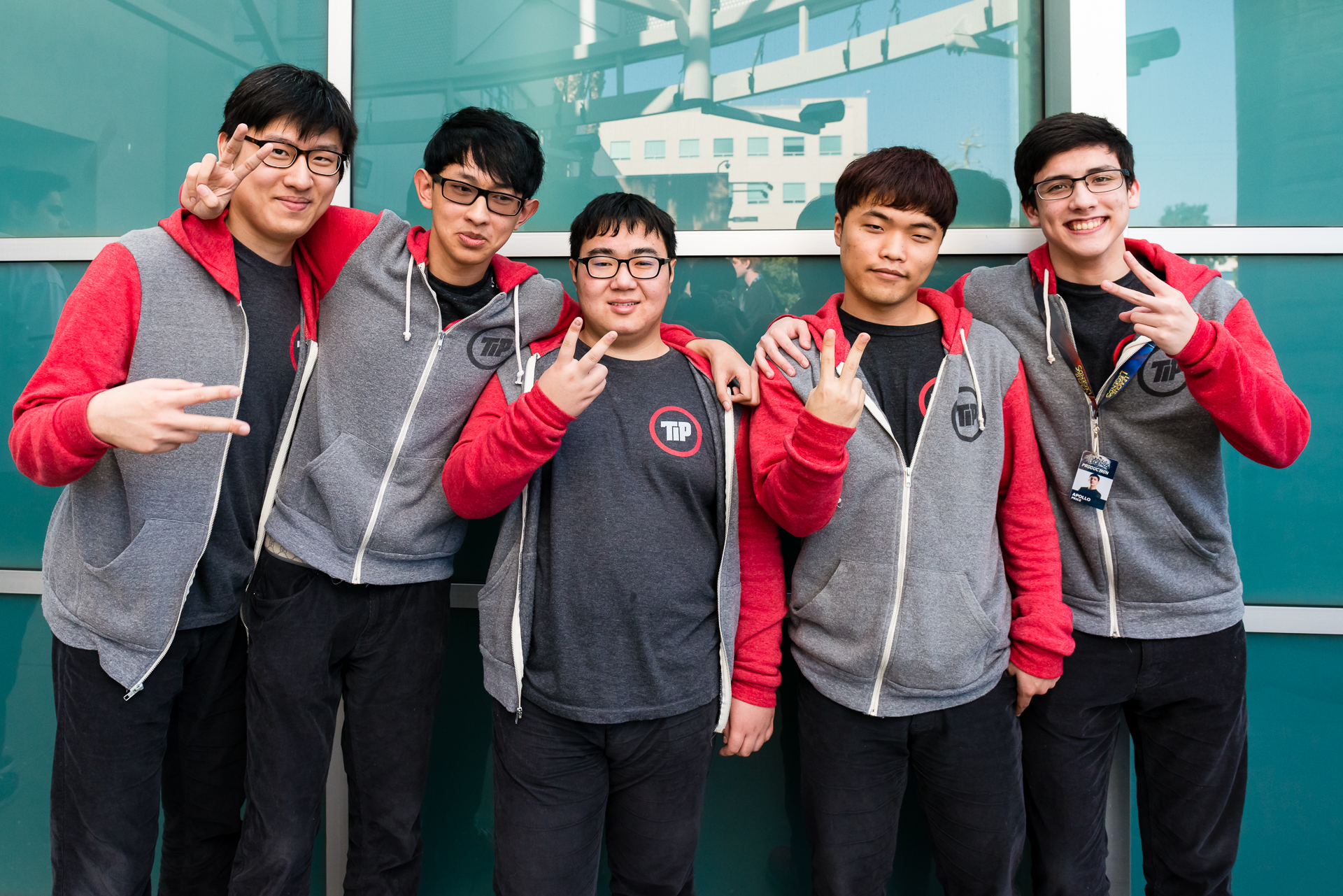 In the final week of NA LCS, Team Impulse took down CLG and secured their spot as the 4th seed heading into playoffs. Despite their rocky start, TiP picked up the pace and finished the split with a 7-2 record. Those aren’t free wins against bottom teams either. TiP took at least one game off of every team in NA. Most impressively, their rematch victories against TSM, C9, and CLG hinted their potential to dethrone the three NA kings, following the footsteps of last year’s LMQ. You, my reader, might have “called” TiP’s success with your prophetic powers. But not many understood just how a ragtag bunch of players was able to find their place in the NA LCS.

Team Impulse plays like a Chinese team that constantly looks for team fights. In NA, their style is highly effective against other teams that tend to play safe and slow. Despite lacking experience in vision control and wave management, this Asian squad can brute force their way to victory by mechanically outplaying their opponent in team fights. To ensure everything goes according to plan, they have two star Korean players that make it all happen: Rush and Impact.

Rush came into NA LCS hailing as the #1 solo queue player in Korea. He had no previous competitive experience. Yet, SK Telecom, the Season Three world champions, saw Rush’s potential and offered him a substitute position. But Rush turned down that offer for a chance to play in NA as the starting jungler for a brand new team. Full of ambition and drive, he wanted to carry his new team all the way to the Worlds stage.

Unlike other Korean talents that failed to perform in the LCS, Rush is a completely different beast. Junglers in North America are known for their farm heavy style—not for their early game aggression and gank pressure. Rush seeks to change that by playing a style that pressures all lanes. Since week one, Rush’s presence in-game has been undeniable. Win or lose, he constantly creates openings for his team to take over the game. His initial efforts, however, were not successful. Small champion pool, over-aggressive plays, and inexperience with the lane-swap Meta hindered his ability to carry his team to the top of LCS standings.

When Rush shed his solo queue ways and morphed into a competitive jungler, Team Impulse gained a massive power boost. TiP’s early game lies solely on the shoulders of Rush. On high mobility champions such as Rek’sai, Nidalee, and Lee Sin, there is not a single lane that is safe from Rush’s ganks. Highly intelligent and unpredictable, Rush jungles with maximum efficiency—rarely falling behind in farm and somehow always be in the right lane at the right time. His presence alone makes up for TiP’s farm-focused mid lane and mediocre bot lane.

Rush is not the only Korean threat on his team. Who can forget Impact, the Season Three world champion? Unlike his former teammate Piglet, Impact has been looking solid in the latter half of the regular season. He can play a wide variety of champions ranging from Morgana to Hecarim to Maokai. On his signature champion Rumble, Impact can carry the game singlehandedly with impeccable placement of The Equalizer ultimate in team fights. Regardless of what champion Impact choose to play, he has been incredibly consistent and difficult to shut down.

Impact pairs well with Rush, who loves to camp his lane. When Rush helps Impact obtain a Teleport advantage, every lane becomes dangerous for the opponent. Incredibility skilled in his TP timing, Impact can win the game with his on-point TP plays. In his second game vs. C9, Impact secured his team the mid-game advantage with a well-timed Kennen TP in the mid lane, cleaning up C9’s overextended bot lane. Indeed, the top/jungle duo of TiP is usually the biggest threat on the team. But when they draw most of the bans and attention from the opponent, the rest of Team Impulse are left to do as they please.

Not everyone on Team Impulse plays aggressively in the early game. Xiaoweixiao, one of the best mid laners in NA last year, is still a force to be reckoned with, albeit more tamed in the laning phase. Farming like a machine in every game, XWX rarely falls behind in items. With an arsenal of power items, he opens up a can of you-know-what on the enemy team during mid-game team fights. It isn’t surprising that he favours champions such as Karthus and Yasuo that suit his farm-heavy, skirmish-loving style. And he will pick them regardless of any lane disadvantages.

TiP’s bot lane, Apollo and Adrian, is not a revered duo in the LCS. But they don’t need to be. The duo’s job is similar to Xiaoweixiao: play safe in lane and farm until mid-game. To ensure that their bot lane is able to farm safely, TiP always try to secure Leona and Graves—two champions that can do well in most 2v2 or 2v1 match-ups without jungler support. If the bot lane of TiP can reach mid game unhindered, even the worst of players can be effective in team fights with Graves/Leona.

So why is Team Impulse able to win week after week despite playing passive in two of their three lanes? When it comes to making plays as a group of five, they are the most decisive team in NA. Similar to a traditional Chinese team, whether they are ahead or behind, TiP is not afraid of initiating fights the moment the opponent is out of position. They will look to fight in the jungle, in the lanes, or even behind enemy towers if the fight is in their odds. The best example is their comeback victory against TSM. Despite falling behind early, TiP continuously forced engages that were in their favour, repeatedly catching Wildturtle and breaking through TSM’s formation. It didn’t matter that TSM had superior vision control up until that point; TiP was winning whenever the two teams clashed.

TiP’s decisive shotcalling extends beyond team fighting. When it comes to taking Baron, no other LCS teams rushes Baron like TiP—as if that is only play in TiP’s Baron playbook. There is no five-man bush baits or stalling out with sweepers. Most of the time, they start the Baron at the snap of a finger with or without vision and side lane wave control. (Don’t believe me? Watch their VODs in the later weeks. I will wait.) Surprisingly, TiP’s risky Baron plays usually pay off.

While TiP is an emerging powerhouse in NA, part of their success is due to a lack of scouting from the other teams. People tend to forget that TiP as a squad is relatively inexperienced; their weaknesses can be easily exploited in the hands of veteran teams that are prepared.

As a new team, Team Impulse lacks depth and patience. In the early game, Rush is the only threat on TiP. While Rush is nearly unstoppable if he performs optimally, he can be shut down if forced onto less comfortable champions such as Jarvan. Consequently, if Rush cannot exert enough pressure from the jungle, TiP’s passive laning phase gets exposed. Impact would also suffer if Rush falls behind because they can no longer win in a 2v2 situation versus the enemy top/jungle duo.

Rush cannot carry every game; the rest of his team need to step up. In particular, Xiaoweixiao hasn’t been consistent this split. In his game against Winterfox, XWX died 1v1 in lane due to mechanical misplays, and he went on a feeding spree in the hands of Pobelter’s Zed. XWX is also predictable in his style of play. He prefers not to roam, or follow the roam from the enemy mid laner. This puts TiP at a numbers disadvantage when their opponent decide to collapse on TiP’s side lanes as five. In their game vs. DIG, XWX was a non-factor on Leblanc the entire game, unable to react to the enemy Katarina that repeatedly ganked TiP’s bot lane.

The bot lane of TiP can be exploited for their weaker individual ability. Apollo is an above average ADC that mostly plays one champion: Graves. His support, Adrian, is limited to playmaking champions such as Leona and Thresh that are aggressive in lane and have the ability to initiate favourable team fights for TiP. However, if Adrian is put on non-playmaking supports such as Janna, he becomes a liability for his team due to his poor positioning. Without his comfort picks, Adrian’s usefulness as a support plummets.

While effective in the regular season, TiP’s reckless Baron attempts can become predictable if scouted by more prepared opponents in the playoffs. Highly risky, TiP often starts Baron immediately without proper vision control or playing to the advantage of their pushing minion waves. Sometimes, the risk doesn’t pay off. When they played vs. Team 8, TiP repeatedly started Baron without clearing the vision or waiting for their side lanes to push. This gave Team 8 an opportunity to ace them in the Baron pit and take the game.

The Dark Horse of NA

Team Impulse cannot be underestimated. They are young, talented, and most importantly, they are hungry. With their debut playoff series coming up this Sunday, Rush and friends are looking to stamp their aggressive team fighting style all over Team Gravity. If they can win their first playoff series, they will secure a top four finish in their first split of LCS as five. Not a bad achievement.

In the 5.6 patch, tanky champions are returning as the favourites. For Team Impulse, a Meta that encourages frequent and drawn-out team fights is like a Christmas present waiting to be opened. The only doubt I have for TiP is whether they have enough gas in the tank to plow throw a five-game series. To be honest, this is the first time I am looking forward to a playoff series not involving the top three NA teams—unless TiP pulls a miracle run in the playoffs. In any case, TiP is fascinating to watch and brings a new flavour to NA that we desperately need. Let us cheer for their success and longevity!

Follow me @stevenyuzk for latest updates! You can also find me on LiquidLegends!