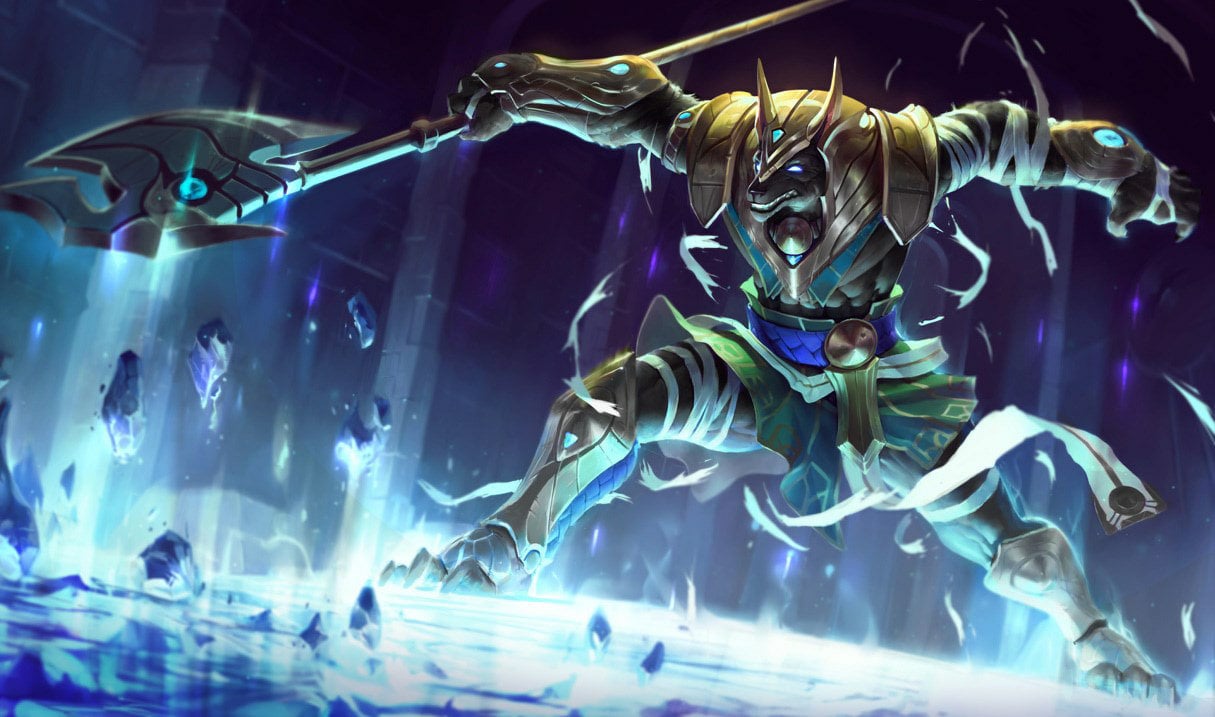 No League of Legends champion loves to farm minions as much as Nasus. So when that ability to farm up, gain gold, and increase your wither stacks goes away, the game becomes a nightmare. For this player, they experienced a Nasus player’s worst fears times three against a Renekton.

The video had reached 4.6k upvotes before it was removed on Reddit. Though, the video clip can still be seen through a link to the video.

The short one-minute clip begins with Nasus and Renekton in the top lane, but as Nasus tries to go into the lane, Renekton guards the minions like they are his children, keeping Nasus away from the wave. This continued forward into the second wave as Nasus was dropped low and forced to wait for his minion wave to come into the tower, where he would be “safe”.

Once the minions were under the tower, however, the enemy team Ryze pops out of nowhere to help Renekton kill Nasus as a monstrous minion wave barrels down on Nasus’ tower.

Matters only get worse as Renekton continues to grab solo turret plate gold while bullying Nasus away from his own tower as Renekton grabs another kill. Renekton then walks away as if he had robbed a bank Nasus is left sad and tilted by the one-minute sequence that set himself up for failure.

Throughout the video, Nasus lost a total of six waves and died twice throughout the span of the one-minute clip.

That equates to 38 minions lost all before the nine-minute mark as the enemy Renekton had grabbed the first tower of the game and was set up to carry the rest of the game.

Nasus player or not, everyone can relate to that gut-wrenching feeling of falling behind to the enemy top laner. That feeling of watching all that minion gold die right in front of your eyes is a painful feeling at any elo in League.

“As a Main Top… That hurts my soul.” One comment by U/Neadiel read.

“This is why I don’t play top laner.” Another Redditor by the name of Left-Steak2819 said.

Given the teleport change that left top lane to fend for themselves all throughout the early game combined with Nasus’ CS discrepancy, it is safe to say that he received no help and likely lost the game.

If there is any solace from this early-game nightmare, however, it is that in its brief time on Reddit, the League community had come together to upvote the clip to the top of Reddit, something that most Redditors cannot say.