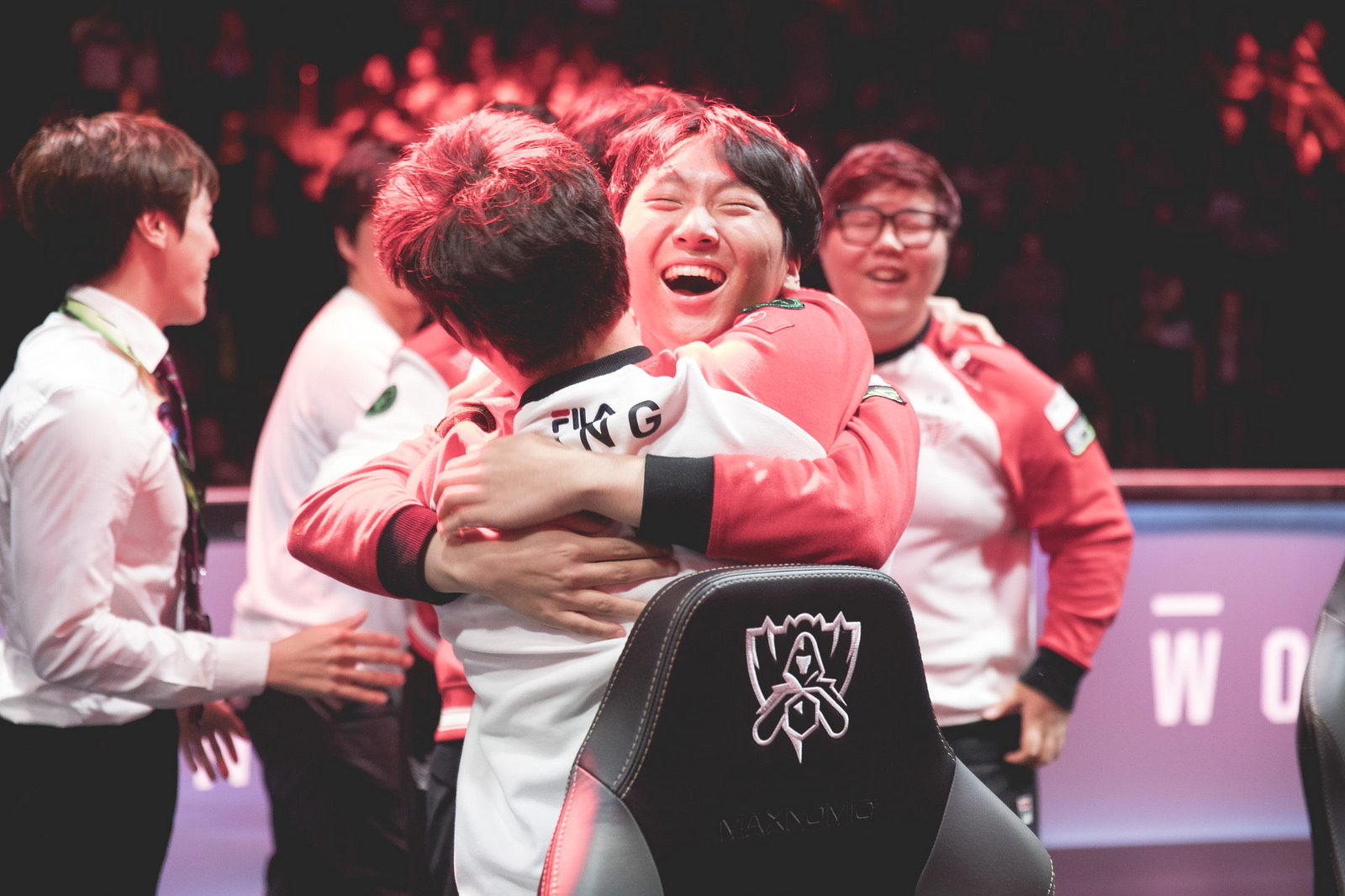 When the ROX Tigers and SK Telecom T1 met in the semi-final of the Season 6 World Championship over the weekend, the clash of 2016’s two LCK champions resulted in what many have already elevated to the status of the best series played in the game’s history. Like many great series, each game was a story unto itself and what ended up being a full five game series was very much authored by the coaching staff and players of both teams, not merely one dominant force and another squirming to stay in striking distance. It was one of the defining moments in the tale of competitive League of Legends and yet so many have already consigned it to the past, to their memories and pushed it from their thoughts.

An epic battle which warrants deep meditation, to be finely picked apart and to be studied like a revelatory religious text which may yet reveal answers as to the factors determining victory on the highest level, has seemingly been dealt with flippantly. Burned to a disc in our memories, “best game ever” scribbled on it with a permanent marker pen and put on the shelf to be revisited one day when the thrill of rediscovery and nostalgia can take effect and deliver their rewards.

What could be a Rosetta stone for the difference between the best team in the world and the most clutch has been ground down to simplistic hard conclusions and filed away accordingly. SKT were always the best team, everyone knows that now, apparently, and those who thought otherwise were mere fools awaiting the true gnosis of revelation via a streaming platform. The discussion over team strength against preparation has become less relevant and important than two numbers, the games won by each teams, and the fact of whose was higher after five games played.

Is this what competitive League of Legends will remain? Is this how it will be remembered and discussed?

Anticipation for the series was understandably high. Would SKT be denied another World Championship, albeit with a different line-up, and a loss here be bundled in with their failure to reach the LCK final? Was ROX, domestic champions at long last, going to complete the establishment of a new Korean kingdom with Smeb as its figure-head, rather than the imperious Faker? Were the demons of old still awaiting exorcism from the psyches of the Tigers or was it SKT who would feel pressure as Peanut and Smeb established just how far the perceived mismatch at the Jungle position went?

There were so many factors to be considered entering the match-up that practically the entire gamut of analytical concepts and approaches to modeling a game were brought forth. First, we had the match-ups which pushed our paradigms of who the better team was in different directions. SKT had the best player of all-time in a lane against someone he had and likely always would be favoured against, as Faker once more bore down poor kurO.

Beyond that advantage, ROX began to stack up a streak of possible strengths. Smeb was considered by many the best player in all of LoL and thus an advantage on the top side of the map. Peanut not only gave kurO much attention in LCK, but was well known for his ability to put Smeb ahead and terrorise opposing Junglers. With SKT still flipping between who to play out of bengi and Blank and both being considered vastly inferior and unreliable, in contrast to peanut, the Jungle position seemed key, in many’s minds, to deciding the outcome of the series.

The bottom lane of this SKT core has produced some legendary performances, which have earned Bang his status as a premier ADC over the last two years, but many had touted ROX as having perhaps the best botlane in the entire world. Certainly, when it came to picks and team-fights, they were lauded for their effective and impactful play.

Dispensing with the players themselves, the intangibles were hauled out and spread across the table of debate as if from a cornucopia of potential treasures which would yield an answer or a sign that could decide such an impossibly high stakes war of titans. Would SKT be “clutch” again and find a way to overcome any deficiencies? Could ROX “adapt,” should they go down in games? Who would inflict the more powerful “mind games” upon the other? Would the Tigers “choke” away their chance at a Worlds titles? What would have been buzzwords on their own were the symbols of concepts and patterns of observation that the world’s best LoL minds saw as significant in determining the potential victor.

The fight is done, the war is won and, yet the song has yet to be sung. The interest in why the series played out the way it did, who made the defining plays and what decisions can be questioned and reimagined seems to have occupied a fraction of the time applied to hard conclusions over who was better, how the loser matches up against the rest of the competition and if this was the best series ever played. The delicious teasing apart of the nuances of the games and observations of the incredible paths of possibility which plays opened up seem barely acknowledged, let alone explored.

If this was indeed League of Legends’s greatest series, which it may well be, then does it not deserve more from us who were not playing in or broadcasting the game? Should our discussions not be more rich, open-minded and curious? Is there not a depth and level of detail to which we have still yet to dive and discover that such a battle deserves? Is discussion more about who said the name of a winning team or which player seemed better than why the series played out the way it did and what could have happened, given more information as a result of having witnessed that amazing match?

Fate and two all-time great teams gifted us a series for the ages. Now let’s live up to it with our inquiry, our appreciation and our delight at the moments in our possession.