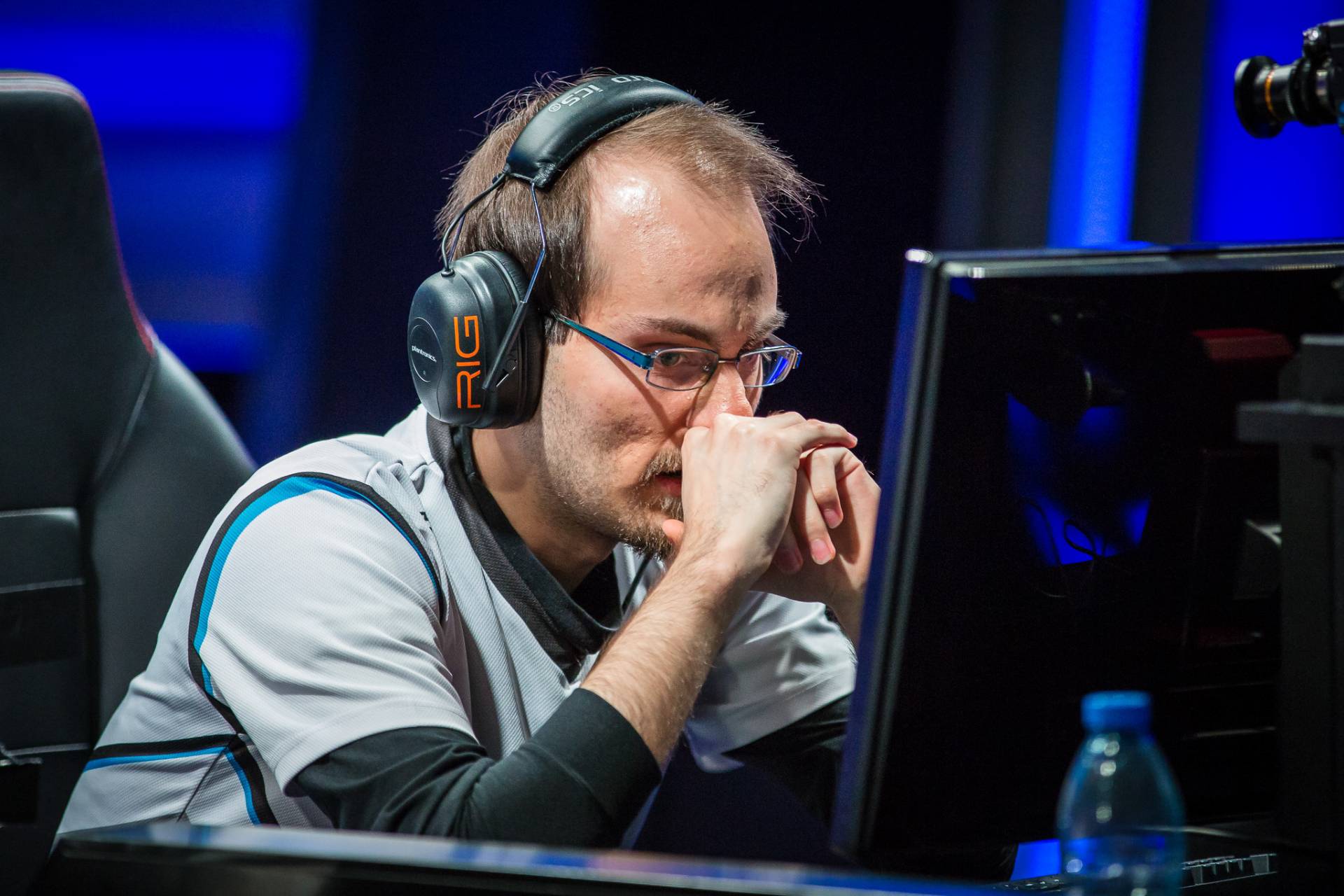 Earlier this week news emerged that Konstantinos “FORG1VEN” Tzortziou, AD Carry of Origen, had taken an indefinite break from competitive play, citing lack of motivation. The team hadn’t finished the season in heart-breaking fashion, causing him to have to reconsider everything they’d been through and whether there was any future in playing there. There was no earth-shattering argument which wrought the squad in half and made it impossible to continue there. Official results were not so demoralisingly poor that all hope was lost. FORG1VEN just quit.

If there’s one thing I can’t abide, it’s a quitter. Losing is painful, but I still respect those who are willing to risk such failure in aspiring to accomplish success. Playing with difficult team-mates can put a huge emotional stress and strain upon a competitor, but I admire those who can transcend personal differences and focus upon team success.

Everyone around you can characterise and interpret your actions and your words in any way they please, but everything they say is naught but opinion. None of them can make you quit, only you can. When you quit, you give them the final ammunition they needed to assassinate your public persona. Not that you could do anything about it anyway, since you’re the one who has ended all chances of success.

Nobody can tell me in past splits of play that FORG1VEN quit, because there’s no facts to support that interpretation. In Copenhagen Wolves he fought with such force that Alliance and Gambit Gaming both nearly fell. In SK Gaming the piercing focus of the opponent still didn’t stop him delivering some strong carry performances and doing what could be done on his third and fourth best champions. In Gambit, it was Riot who put an end to a split which was just becoming promising. In H2k, the flaws of team-mates in pick-ban and under pressure helped deny FORG1VEN that finals spot.

They could say anything about you, and frequently did, but they could never say you quit on your team, on yourself or on the game. Even when you took splits of play off and moved from team to team, that was quite a different set of circumstances than giving up. You played out a split, gave yourself and your teams a chance and then evaluated that it was better to move on, for yourself or for the core dynamic of the group. You didn’t quit those teams.

So why did you quit Origen? You lost some scrims? Great, lose some more and let’s see what the actual results of the official LCS games are. If you’re looking for a legitimate excuse, you’re going to have to do a lot better than that. Did the team look disjointed and incapable of winning LCS? How can you know after a week of official play and some scrims? Look at every LCS split and see the ups and downs of the fortunes of teams at practically all levels. Champions are sometimes forged in the final weeks of the split, while teams who look dominant early on can fade as the split comes to a close.

You don’t know that Origen could not succeed, you just decided to believe that and then made it a reality, in as much as your participation in it was concerned, by quitting. What could possibly happen in a few weeks to make it impossible to continue? We’re talking about eight more weeks of play. If you make the play-offs, which is a good problem to have, then a couple more weeks are added. You can’t give it your all for ten more weeks and then, come what may, make a final decision and, if necessary, ride off into the distance?

What got to you that was so bad it defeated you as a competitor? Every negative or critical remark about you had at its core the notion that you are too stubborn. Too stubborn to work with your team-mates and overcome personal differences. Too stubborn to let someone else carry the game. Too stubborn to admit your own mistakes, in the presence of mistakes from others. In its essence, I thought that flaw held the secret to what would eventually be your success.

That you were stubborn because you had to figure out for yourself how to be a good team-mate. You were stubborn because you wanted to be the best player possible and one who could carry any game. That being stubborn meant you would not give up driving directly towards your goals, regardless of what was said or what happened. That in the end, even if you never lifted that trophy, for whatever reasons, that we could say you gave it your all and you did it your way, leaving the details for others to argue over and characterise however they liked.

Greatness is not measured merely in trophies, but in the manner in which they are attained and the level of play which brings one to such a point of success. If you had battled and done everything and still not gotten your moment of glory, no one could truly deny the greatness of your individual play and your efforts, regardless of the outcome.   You had an extra fire and drive that few Westerners have ever possessed.  That’s what made you special. That should have been your legacy.

Did you do enough?

It’s not enough to let Jankos and Ryu fail and leave them out there on their own, to be labelled as chokers and men who beat themselves. It’s their job to play their part, but as a team-mate did you build the kind of relationships where you could learn their flaws and find a way to collectively cover each others? Couldn’t you motivate them to think they could win? Bring them over to the world view you inhabit where it’s not just possible but probable, if they play their parts.

I bring these questions up because not every team-mates of yours can be written off as some perennial loser who let you down. You had nRated, fredy122, Svenskeren, sOAZ, PowerofEvil, Amazing and Ryu. Want to know the common denominator that joins all of those names and yet also sets them apart from you? Every single one of them has played in the final of the highest domestic league they’ve competed in. With you, they had their problems and, sure, they might not have always been in their best or career peaks of form, but can you deny you struggled to bring the best out of some of them?

If Origen is losing, then lose with them. If they lack motivation to play or practice, then be the example for them to follow by not joining them in that state. If you lose every game of the split, then so be it and at the end you can leave knowing you gave it everything you had and others worked against your efforts. Do your part and let them worry about theirs. Professionalism is holding up your end. That way, afterwards you can say as much and it will be seen where others were a key part of the problem preventing success.

I won’t say “good luck”, because we make our own.