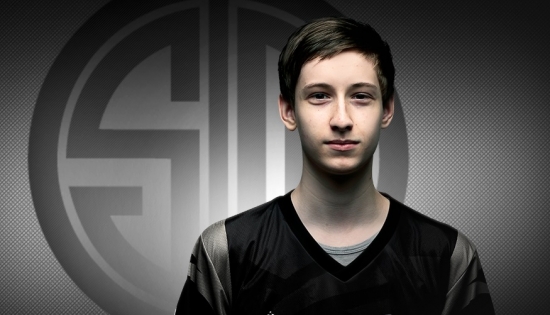 Both TSM and GV are extremely similar in that they are extremely reliant on a single A+ damage carry (Bjergsen/Altec) and a single A+ supportive player (Lustboy/Hauntzer.) I’d argue that GV is overall a more well-rounded team since the remaining group (Bunny/Move/Keane) are really good at picks, whereas only Dyrus has really had a big impact for TSM out of their role players, but TSM has a better star who plays a more impactful position. Overall, the trend has been to point out that singular stars have a very low impact on games these days, and we can see this trend reflected worldwide. In NA however, particularly in the play-offs due to the teams that went in, having 1/2 A+ teamfighting players with an F- player (I don’t  consider Keane an F- player, I think he brings value, but a lot of people I know evaluate Keane really poorly. Even assuming a poor evaluation, I still believe that GV is a better team set-up for playoffs than teams like CLG/TL) is a better team set-up in NA than a well-balanced team with no true teamfight carry.

The hyper-carry by default meta

Why is this different in NA? The reason players aren’t having as much carry impact isn’t because of the champions they are playing (mid lane DPS champs like Kog/Azir/Viktor/Cass, and ADs still can do a lot of damage, particularly Altec’s picks Sivir, Jinx, and Tristana) it’s because of the champions other people are playing. Due to mobility creep and the strength of Teleport + Homeguards, it’s super easy to get onto other players. Here’s the problem – teams in NA have no idea how to engage, and nobody knows how to TP-flank. This means that in NA, carries are able to do similar amounts of damage while not being engaged on – as a result, hyper carries are able to deal extreme amounts of damage in NA. I’d actually argue that Europe, particularly outside of FNC/H2k (Origen is better at it than most but their not at the LPL/Champions level) is similar, so we can see a team like Giants jump to the play-offs this year on the back of disgusting carry performances from Pepi – you don’t see a player like SaSin, who is actually really similar and probably better, have the same effect in OGN.

The thing is in the NA Play-offs this year, the “hypercarry by default” metagame will be in full effect. TL and CLG are extremely similar teams. They have really good laners and a strong early game (CLG due to rotations, TL is above average at rotations but more by brute force) who are awful at engaging. Xpecial and Dom on TL used to be good at engaging but this has disappeared (Xpecial due to fall-off, Dom due to champs like Sej falling out of the metagame) Nobody else on TL is particularly good at teamfighting – that’s why they almost always smash lane but then lose those 30-40 minute teamfights with huge gold counts. Piglet is an A+ player overall, but his strengths lie in laning, split-pushing, and 1v1 outplays. He’s not a bad teamfighter, he’s good. The issue is that he isn’t as good as Bjerg/Altec at being a solo-carry teamfighter so I wouldn’t label him as a “hypercarry by default.” I would put Doublelift of CLG in the same category. Really good overall, but not an ace teamfighter.

CLG is the same – outside of aphromoo they don’t really have good engage and with one good disengage player on both TSM and GV it’ll be possible for the “hypercarry teams” to have their way with them in fights (Top lane engage is much harder to peel, again due to TP + Homeguard. However, Zion’s engage is still very much a WiP.) CLG has a good shot against GV because of their really strong side lanes and rotational IQ, which GV lacks, but it’s going to be a tough road ahead for them against TSM because they won’t be able to get onto Bjergsen. If GV gets into teamfights not too far behind, CLG will have the exact same problem with Altec.

I don’t think Dig is getting past TiP, but if they do Gamsu will be a big player because he can TP-flank and can engage. That’s why Dig was able to take games off of both TSM and GV this season. Unfortunately Dig has low individual firepower and not much rotational knowledge. To get around teams like CLG/TL/TiP, teams need the individual mechanical firepower to matchup with those team’s players.

I don’t think TiP is getting past CLG, so that’s why I consider GV/TSM the favorites. (TiP isn’t good enough at early game rotations to match CLG and they always want to engage onto teams. CLG is OK with teams engaging onto them and kiting back, their not OK with teams picking late game comps and turtling past them – not TiP’s forte.) If TiP does play against GV/TSM, they are well-equipped to beat the “hypercarry by default meta” since they have good engagers in Adrian/Impact and a pick-expert in Rush. In a GV vs. TiP finals, TiP will probably win because Keane isn’t the kind of player to take advantage of newcomer Gate – he’ll morre just try to neutralize him which isn’t enough for GV to win such Impact is one of the few players able to control Hauntzer in the laning phase. A TSM vs. TiP finals is much more interesting, as Bjergsen vs. Gate will probably be the biggest mismatch in the play-offs.

To briefly discuss the TSM/GV match-up, TSM has an A+ carry but no engage. GV has an A+ carry and an A+ engager, but because their main engager Hauntzer is also their main peeler they will have some troubles against top teams. This means that in the GV/TSM match-up, GV matches up well against TSM. If both teams were entering in top form, I would actually predict a GV win but I think TSM’s experience will mean that they bounce back faster and will take the series 3-1, as I’ve mentioned elsewhere multiple times.

TSM/GV are heavily focused on a single player with one other player who acts as the “bodyguard.” Teams with 0 or 1 engager who isn’t a top laner will struggle to punish them. TL has no good engagers, since it’s not a good meta for Dom to engage and Xpecial has fallen off. CLG’s only engager is aphromoo (who randomly picks Janna in 30% of CLG’s games even though those kinds of picks haven’t worked out for them in 2 years.) If GV/TSM winner plays TL in the semis and then CLG in the finals, they will have a big advantage. CLG was able to improve their engaging near the end of the season, but it hasn’t been enough. TL’s engaging has been spotty ever since they started playing under the Liquid banner. These teams are better overall than TSM/GV, but for them to win they need to either completely snowball the laning phase or get better at engaging teamfights. Another solution is for CLG/TL to simply out-rotate. CLG has really good early game rotations but keep grouping up to take dumb fights. TL has above average rotations and can mostly brute force past teams since they have some of the best laners in the league. If TL/CLG can do this instead of forcing dumb fights, they will beat TSM and GV, but they haven’t shown this ability all season long (including last split) so the hypercarry by default teams will probably beat them.

Dig/TiP have the tools to beat TSM/GV, but I’m not convinced that they’ll make it through the bracket. Dig probably doesn’t have the individual mechanics to match-up against the other teams anyways. On the other hand, TiP is a really scary threat for both GV and TSM due to their star trio of Adrian, Impact, and Rush.