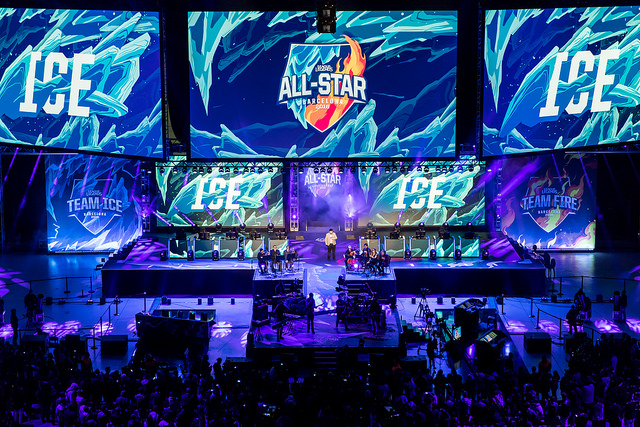 Ever wonder what League would look like with pro-level mechanics in a solo-queue environment?

Last week’s All-Star Event gave us a glimpse. The Summoner’s Rift was briefly replaced by the snowy, holiday-themed edition and pros from all over the world revelled by dusting off pocket picks and going for insane plays.

The ending was a bit anti-climactic—Team Ice’s dominance in the 1v1 event ensured their victory on points. But there was plenty of drama to fill the other days.

Uzi once again proved that he is one of the best mechanical players in the world with dominating performances in a variety of roles. But none was more impressive than his run through the 1v1 bracket. It was a joy to watch him CS and make getting 100 minions fun. Enrique “xPeke” Cedeno Martinez and Huang “Maple” Yi-tang made it hard from him in the last two best-of-three rounds, but Uzi proved to be the ultimate champion.

North America’s performance in 1v1s. Proving that Worlds is not the only international tournament in which North America under-performs, players from the region were eliminated in rapid-fire fashion. Even 2015 winner Soren “Bjergsen” Bjerg was poked out in the first round by the superior range of Ming “Clearlove” Kai’s Varus.

North America’s performance in the team games. North America’s five-man squad did show up for the team games, taking down the LPL and EU with strong macro rotations. They did fall flat against an LMS team fueled by clutch crescendos from Kang “Albis” Chia-wei, but overall, their tournament showing was respectable.

The format which resulted in a meaningless last match. In the grand scheme of things, this event is all about fun and the team winner isn’t that meaningful. But the points make for a better event and the fact that the winner was decided so early devalued the final showcase. Fortunately, there are easy ways to avoid this: decrease the point value of the 1v1 tournament and increase the value of the last series. Separate the teams in the 1v1 so one team can’t dominate the semifinals. There’s nothing intrinsically wrong with one team locking up the title early. But a more suspenseful format would make the viewing experience even better at little cost.

EU players Marcin “Jankos” Jankowski and Martin “Rekkles” Larsson. Europe had plenty of standout performances, but Jankos’ hard carry on Kha’Zix in the assassin mode was something else. And Rekless showed off superb mechanics all tournament, especially when paired with Uzi in the tandem mode. After an early teamfight loss, Team Fire looked primed to come back behind Smebber, the duo of friends Song “Smeb” Kyung-ho and Kim “Reignover” Yeu-jin in the top lane. But Ruzi would have none of it, shutting down Rush Hour 2 in the duo lane and carrying the game on Twitch.

AD Kennen. Take it from Smeb, before his 1v1 against Maple: “I hate Kennen.”

Varus. Fine in the 1v1, Duy Khanh “Levi” Do dominated on Varus in the Legend of the Poro King, racking up kill after kill with long-range snipes. He finished a disgusting 23/10/21 on the champion.

Precious little of reworked LeBlanc, even in the assassin mode.

Reworked invisibility, especially on the Team Ice side in the assassin mode. Control wards aren’t what they used to be.

All the pros that made this a great event to end the year and start Season 7.