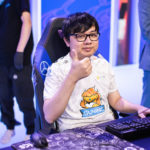 For the most passionate League of Legends fans, the World Championship is the crown jewel of each year. While it isn’t a national holiday, it’s still when viewers’ hearts beat the fastest.

Domestic leagues have become much more challenging over the years, but you can’t deny that extra sparks of passion entering the atmosphere when international bragging rights and a sizable prize pool get introduced to the equation.

While each Worlds production is memorable in its own way, only a handful of moments take their place in the history books. Everyone will remember the winner and the teams that unexpectedly dropped out of the tournament, but certain plays deserve their own recognition as well. Aside from storylines and rivalries, the best moments feature League’s finer details and remind fans how amazing of a game it is.

Considering each player participating in Worlds 2020 proved themselves as one of the best in their respective positions, the phrase “outplaying your opponent” becomes even more intimidating. The most mechanically gifted players in League never anticipate getting outplayed, but sometimes it’s impossible to counteract a player who’s just shining bright.

Here are the best moments from Worlds 2020 that will be remembered for years to come.

Suning assert their dominance by taking over the enemy jungle

Jungling may feel hectic in solo queue, but it’s an absolute bloodbath in the professional scene. With each jungler looking to put the opposing one on the back foot, no jungle camp is safe from getting stolen.

Only three minutes into the third game between Suning and Top Esports in the semifinals, Suning’s SofM, on Shen, decided to claim the enemy side of the jungle. With a level advantage over Lee Sin, Shen made his move to steal Lee’s Gromp. Since Lee had to smite early to get some health back, SofM was easily able to take the camp for himself.

The fight quickly escalated after Shen stole the Gromp, though, and Suning’s top laner started pushing the tower. TES’ Renektron and Lee Sin suddenly found themselves trapped and Suning finished them off with a slick double kill without any casualties.

How much more can you squeeze out of a single Rift Herald?

The Rift Herald is one of the more overlooked objectives in League. While most junglers in regular games make sure to kill it before it leaves the pit, a good chunk of them also fail to use it properly. A well-timed Rift Herald can end games—and that’s basically what happens in this play.

DAMWON Gaming called in a Rift Herald 18 minutes into the game after securing the mid lane tower and decided to capitalize on their major lead against G2 in the fourth game of the semifinals. G2 were desperate for some breathing room in the series’ final game since the Europeans needed a lot more time to make up for the gold difference they faced.

Shelly had other plans, though, and DWG pulled off one of the most well-executed Rift Herald attacks of 2020. The Rift Herald was sitting at 59 health points after crossing G2’s inhibitor line, but DWG didn’t allow G2 to land the final hit. It even got off a final charge on one of the Nexus turrets before Caps flanked behind enemy lines to take it down.

Shelly was avenged seconds after since DWG didn’t need any more help to wrap up the game.

The headline for this clip gives away that Jhin is the star of the play. A fight broke out at the beginning with him nowhere to be seen, but keep your eyes on the mini-map and pay close attention to Jhin’s movements.

Coming off a close loss in the first game against JD Gaming in the quarterfinals, it looked like Suning weren’t mentally affected at all. The untiltable squad were on the verge of wrapping up a reasonably one-sided match when a fight broke out in the bottom lane.

Four champions from Suning were cornering two JDG players, only for them to retreat back to the safety of their tower. No tower is safe when you’re against Suning, however, and huanfeng suddenly used Jhin’s ultimate from the enemy base.

No one would bat an eye if he’d simply walked up to the fight to potentially land a couple of bullets and a snare. But huanfeng decided to go the extra mile to make sure JDG had no exit. Considering three champions on JDG were already picked off prior to this engagement, getting inside the base posed no danger to huanfeng’s Jhin.

The flank of a lifetime

Flanking in first-person-shooter (FPS) games tends to be quite rewarding since players don’t have eyes in the back of their heads. It’s a maneuver that requires a lot more thought and planning in MOBAs, though, since the best League teams don’t always leave a blind spot behind while walking into a fight.

During the group stage of Worlds 2020, DAMWON top laner Nuguri caught PSG Talon off guard with Kennen to force them into a fight that they were considering backing out of.

The battle for the Cloud Dragon was turning into a fight with PSG’s Nautilus slowly seeing his health whittle away. Realizing that they were walking into an unfavorable battle, PSG were getting ready to cut their losses and move on before Nuguri showed up.

Pouncing straight from the shadows, Nuguri’s Kennen turned a standoff into a team wipe. As legendary as his clutch Kennen ultimate was, his team wasn’t fast enough to follow his lead and he almost got taken out after killing Kindred.

Nuguri used exhaust on Kindred before he could land a final auto attack, which made a significant difference in that split second. He also dodged a Lulu Q with a well-timed Zhonya’s Hourglass.

Playing Gangplank at a high level can be similar to mastering 3D chess. Whenever you place a barrel, you’ll need to predict your enemy’s next move to decide where to place the following one.

This doesn’t apply to Bin’s situation during Suning’s group stage tiebreaker vs. G2, though. G2 were simply trying to retreat after securing the Infernal Soul. Considering the team was behind around 7,000 gold and it was the 43rd minute of the game, this was a remarkable achievement by itself.

Their efforts and dreams were suddenly crushed by Suning’s Bin, who teleported to the bot lane in the meantime. He just casually deleted Caps, Perkz, and Jankos off the map with a well-placed ultimate and a couple of barrels.

The Evelynn play that was too fast for the human eye

It can be impossible to catch everything going on around the map in a League match. Some micro plays develop in milliseconds, meaning viewers can easily miss them. Though the micro play in this clip refers to an ADC getting one-shot, we’ve never seen it done this quickly and cleanly.

During the group stage of Worlds 2020, TSM and Fnatic were in a close game with similar kill and tower counts. As the game moved more into a passive-aggressive state with Fnatic pushing the top and mid towers, TSM took their time to secure more farm. At least, that looked like their plan until Selfmade’s Evelynn casually one-shot Doublelift’s Senna through a wall behind their tier-two tower.

TSM’s jungler and support players were only a couple of steps away from the action, meaning everything happened so fast that they didn’t have a second to react. The player cameras don’t show any reactions after the play, but the silence and shock that Biofrost and Doublelift experienced can be read from their faces.