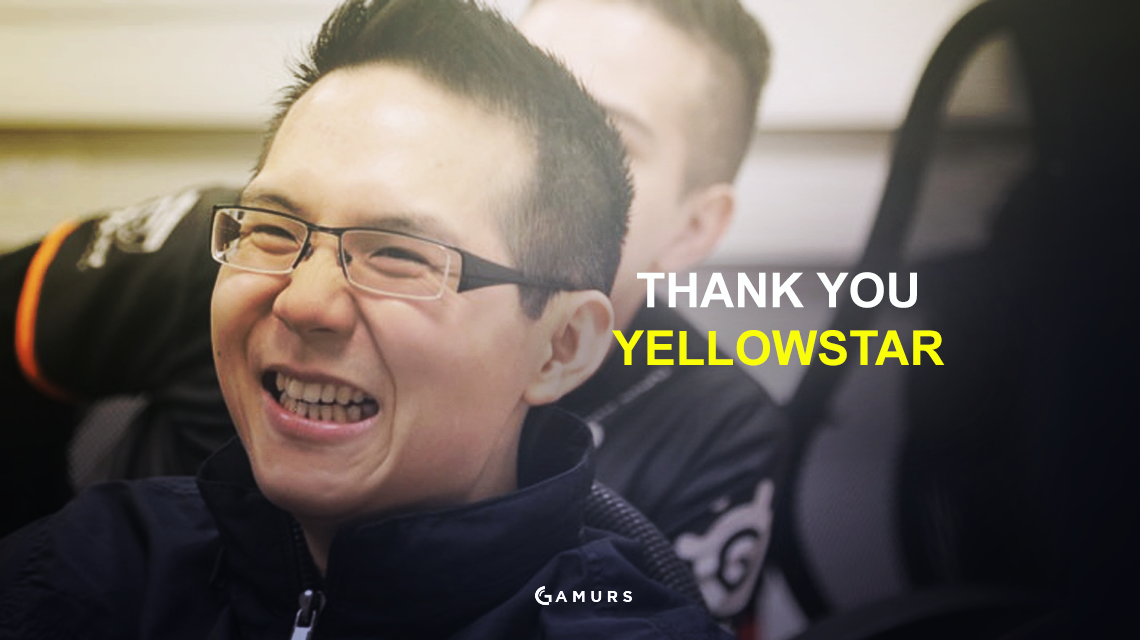 Note: This is a personal message to a player and a person who has helped me to this point by being a player I admired that got me not only into League of Legends, but esports as a whole. The views in this article are my own and do not represent GAMURS whatsoever.

Yesterday, 9th October 2016, Bora “YellOwStaR” Kim announced his retirement, thanking those who have supported him over the years since League of Legends Season 1 where he was a part of Against All Authority. YellOwStaR has become a European League Icon and a Legend to many in the European League Championship Series (EU LCS) for his playmaking and leadership qualities that have aided Fnatic to five EU LCS titles and has been a pivotal figure in the Fnatic squad that has been a part of League since the game’s beginning.

Many have come out to state his accomplishments, his stature and what he has meant for the scene. For me, YellOwStaR is a person who has had a greater significance in my life that has got me to this point in time, being a writer that is engrossed in the scene.

Bora, if you are reading this, I want to thank you personally.

I wish you all the best with your future aspirations, with what you set out to do now with your ambitions and personalit., I wish you all the best success in the world. Whatever you do, myself and everyone in this scene will surely be cheering for you, just like we did in the World’s Stage every time you performed and every time you were there with Fnatic in the EU LCS.

My respects to you, the player you are and the person you are. The leader of the team and the voice of reason, there can be many like you, but there will only ever be one Yellowstar.