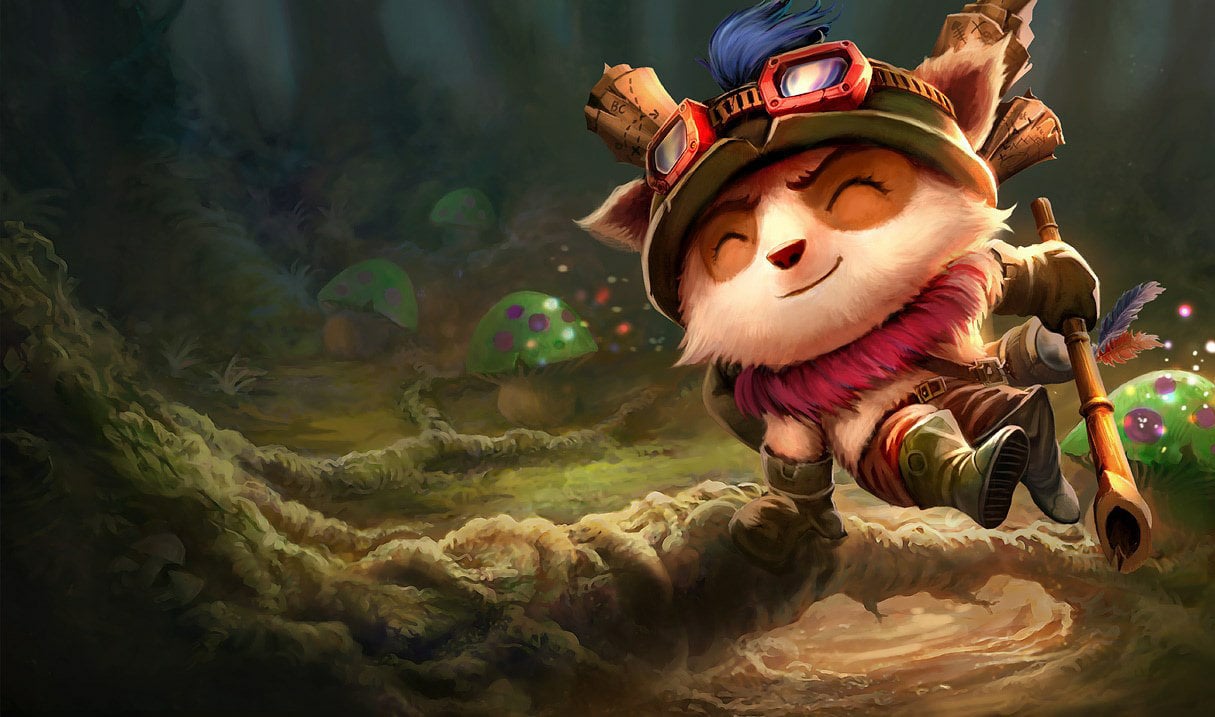 It seems like League of Legends’ most sinister Yordle is unrivaled in the popular ARAM game mode.

League Patch 9.24 introduced a myriad of balance changes to the MOBA’s roster, targeting any outliers that over or underperform in ARAMs. Now that players have had a week to test the changes, Riot principal game designer Stephen “Mortdog” Mortimer broke down the ARAM numbers on Twitter today—and Teemo is king.

“Looking at the results of 9.24 Changes and we seem to be in a pretty good spot,” Mortdog said. “Every Nerfed champ is still above 50.5 percent, and every buffed champ is still below 49.5 percent. There are some small single champs I’d change, but overall quite good.”

Teemo is the top champion at all Elos, followed by Maokai, Caitlyn, Swain, and Ziggs, according to Mortdog. Though Maokai is certainly drastically different from his peers in the top-five, the rest of the champions all have range that they use to abuse opponents.

On the other side of the spectrum, Azir comes in dead last, with Bard, Rek’Sai, Kindred, and Aatrox rounding out the bottom-tier list. This is likely because the champions have fairly high skill caps.

There will likely be no further ARAM changes until next year, which means that the evil rodent will continue his toxic takeover of the popular game mode.