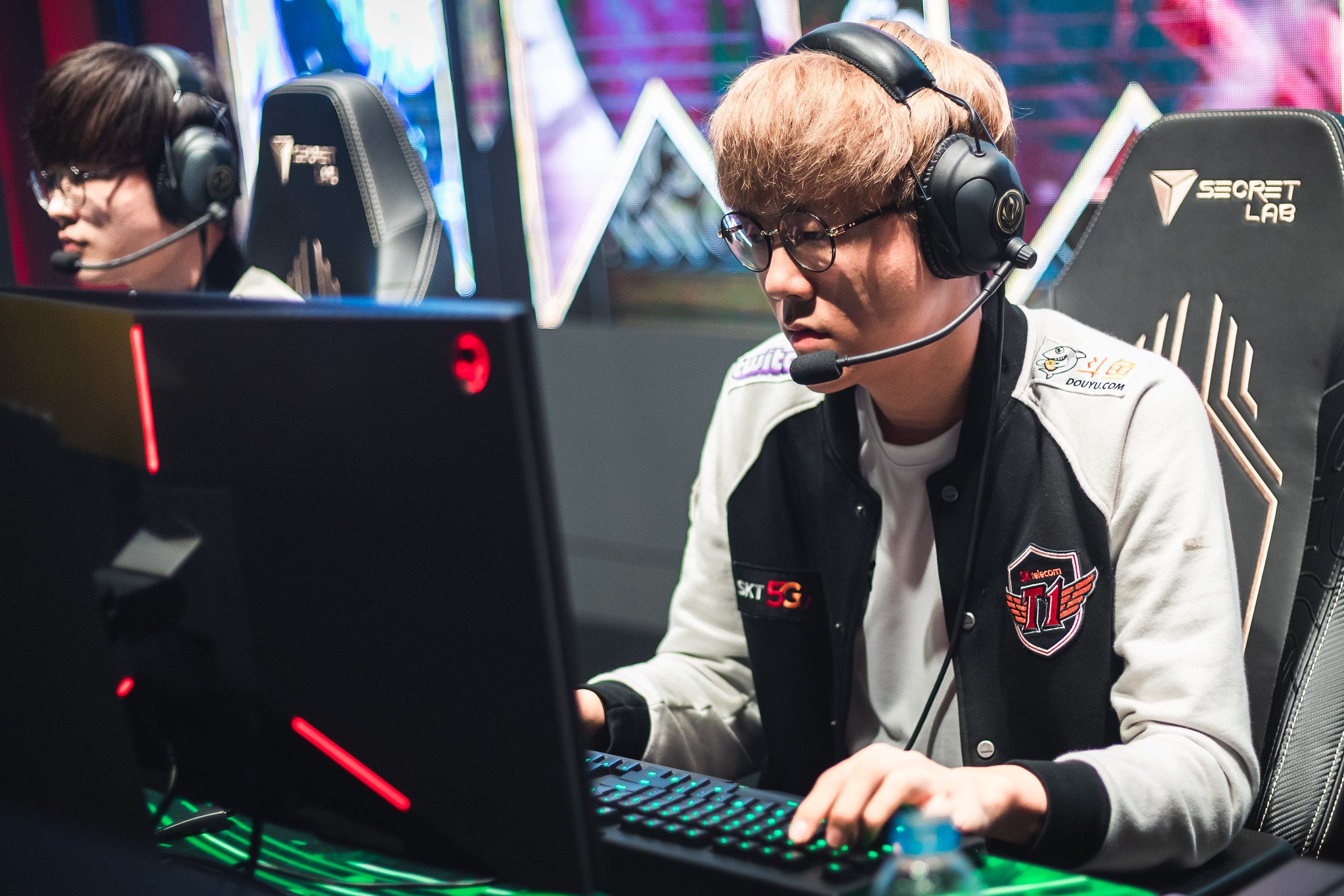 Park “Teddy” Jin-seonn has secured himself his 1000th kill in the league—a testament to the 21-year old phenom’s dominance in the LCK.

He hit the milestone in his most recent series against Team Griffin, where he and the rest of the team crushed the opposition in two quick matches. In the first match, he was able to collect eight of T1’s 11 kills, leading the way to a 27-minute victory. The second match was a bit closer, but still fell the way of T1, thanks to some brilliant LeBlanc play from Faker.

Teddy has the fifth-highest KDA in the LCK with 7.1—he also has the second-most kills and the second-highest average damage to champions per minute in the league. He leads the league in team damage share with 34.7 percent.

He has ultimately picked up where he left off in 2019, by becoming an absolute machine in teamfights whenever his team needs him to take over. He hasn’t shown a lot of variance in his champion pool this season, though—through the 18 games he’s played, he has played mostly Miss Fortune and Aphelios, who are two of the biggest priority picks in the bottom lane in Korea.

He quickly became one of T1’s premier pieces, after the team won both the 2019 Spring and Summer Playoffs. Unfortunately, he wasn’t able to take over during the World Championship that year—they were eventually eliminated in the semifinals by Europe’s G2 Esports.

This year, T1 has a plethora of new talent surrounding both Teddy and Faker, but the goal still remains the same: Dominate Korea, and win the Summoner’s Cup. The team is looking good so far, sitting at the top of the regular season standings with a 6-1 record.