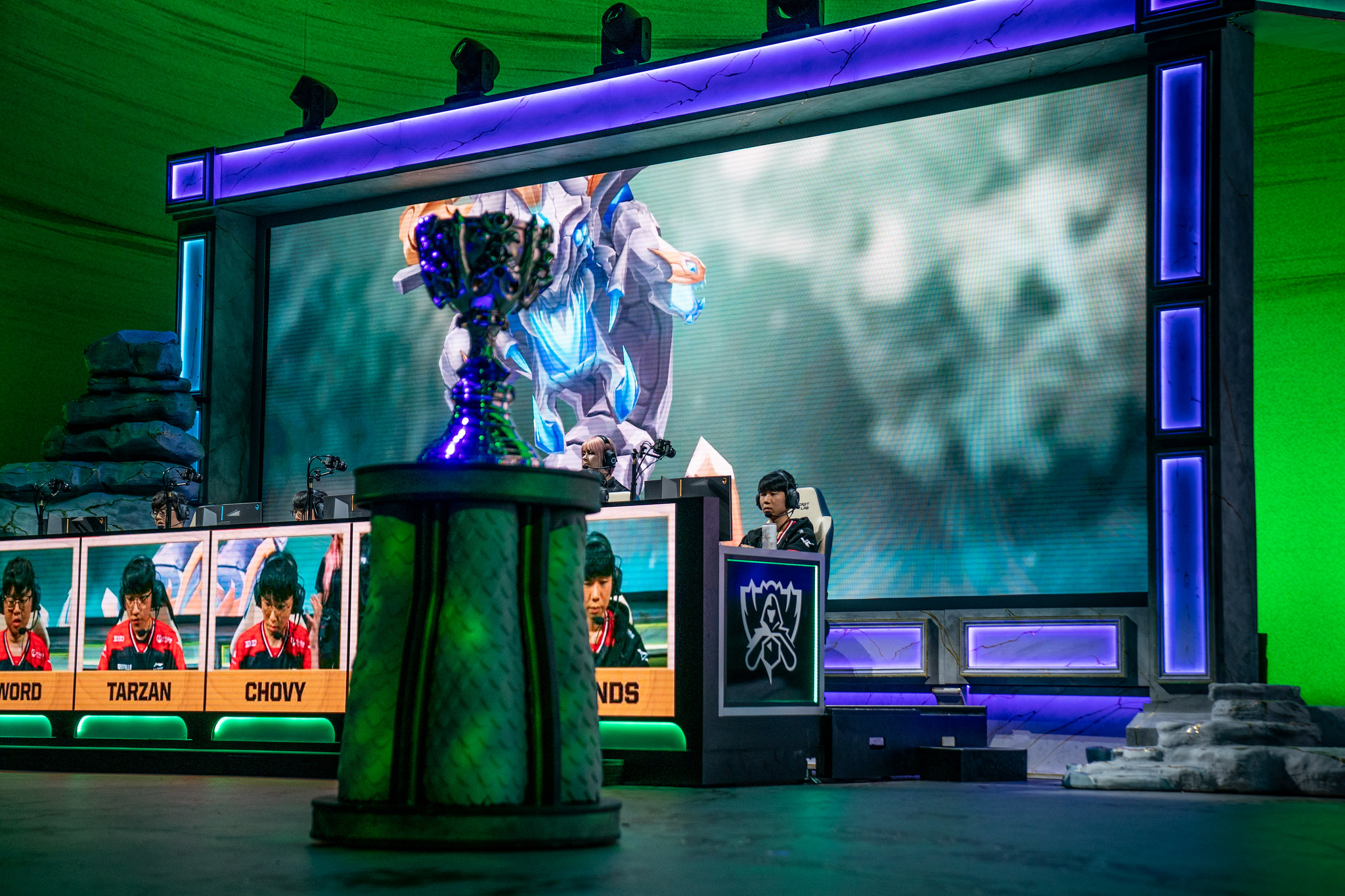 Worlds 2019 has been a wild ride, filled with excitement, upsets, and extremely close games. We saw Team Liquid finally exorcise the demons of years past and beat a Korean squad, SK Telecom T1 successfully executed a backdoor, and an upstart squad from the LMS beat the LPL’s top seed.

But behind all the fun fights and close finishes is an uncomfortable truth that hasn’t been discussed as widely. The broadcast barely touches on the subject, but most of these games are over before they even begin.

It’s not something nefarious, like teams throwing games, or a conspiracy that Riot has a plot for the event. The reason is much more banal: teams are bad at drafting. Like really, really bad. And for trained observers, that makes the games less fun to watch.

Usually major tournaments start with a specific meta during the first full week of play before a shift happens as teams start to figure it out. Let’s hope the teams at Worlds this year can learn a bit faster than that.

That’s the only explanation that two teams have tried to pick Rek’Sai. Since the rework that removed her ability to use ultimate to dash to tunnel, Rek’Sai has been a terrible champion in pro play. The few instances of brief viability have usually come when she’s an answer to other early-game AD junglers. Her wonky build—using Hail of Blades as her keystone rule—can also catch people off guard.

But against another team that can actually execute in the late game, she’s absolutely worthless. Her engage is predictable, her damage falls off as does her tankiness, and her build order sucks. She’s a bad champion.

And she’s not alone. Renekton, Aatrox, and Yuumi are all champions that simply shouldn’t exist in the current meta. The problem is, if you look at numbers alone, they’ll lie. Renekton currently carries a 5-1 record in the main event, but many of those games have come when the crocodile is carried by another position. And who cares that Fnatic support Zdravets “Hylissang” Galabov is putting out nutty damage numbers on Yuumi? She is still a bad blind pick into the engage supports that are meta in the bot lane.

Perhaps even worse than the issue of bad champs is the epidemic of senseless team comps. These issues can be easy to identify but difficult to solve.

Take the Oct. 14 match between Cloud9 and G2 for instance. Cloud9 had already signaled that something was up when they announced hours before the game that Dennis “Svenskeren” Johnsen—their MVP jungler—was being subbed out in favor of Robert “Blaber” Huang. So when C9 first-picked Cassiopeia blind and gave her to bot laner Zachary “Sneaky” Scuderi, we knew they were just trolling. Sneaky can barely play regular ADCs in the lane phase, so him trying to learn a spell-slinging mage on the fly was bound to end in disaster.

But the crazy thing was, the Cassiopeia pick almost worked. For some insane reason, G2 decided to pick Zoe blind, drafting themselves into a counter matchup with the snake woman. It didn’t help that they piled in on engage champions like Qiyana and Rakan that could be completely neutralized by C9’s Cassiopeia-Tristana carry composition.

G2 are known to troll, and they won handily anyway because of Sneaky’s inability to lane. But these types of compositional problems have become commonplace, whether it’s too little engage for a teamfight comp, to a set of champions favoring too much of a single damage type, or even a composition without a scaling component.

The problem is, the individual champions are the building blocks to putting together smart comps. If teams can’t even get the basics right, how are they ever going to graduate to this level of thinking?

And it’s not like people haven’t picked up on this. Draft mistakes have had an outsized role on winning at least since the last half of the summer split. Polarizing League coach and caster Nick “LS” De Cesare is streaming live commentary where he provides instant feedback on drafts, and he’s crushing it with a win rate far north of 70 percent.

And it’s not just LS. Other coaches and analysts, like Jakob “YamatoCannon” Mebdi have noticed similar things. Teams are simply drafting themselves into corners where they have to count on a massive misplay from their opponents to win.

This stuff isn’t easy. Talk to enough coaches, and you’ll hear a few common refrains: draft doesn’t have as much impact as we might think, and everyone has different opinions. Nobody’s right 100 percent of the time.

But things are trending towards the current meta being solved, which makes games harder to watch knowing that they’re tilted to one side by the draft. This was a weakness of the meta we criticized before Worlds started, and unfortunately, it looks like we were right. The only hope now is that teams genuinely figure out new things and break the current trend of drafts deciding games.