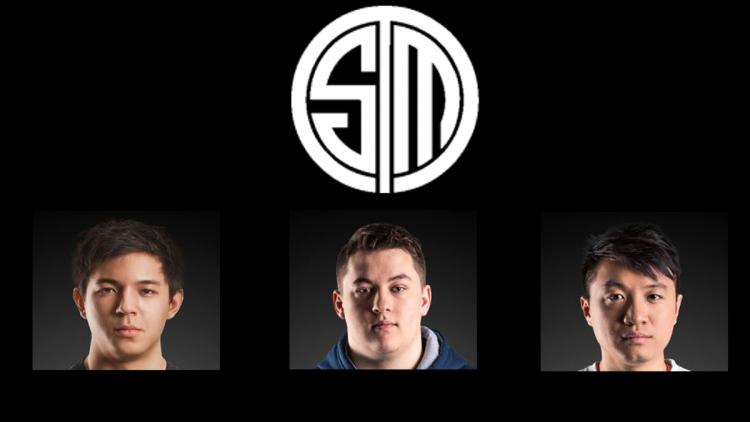 IEM San Jose’s bracket has been finalized and the contenders will soon hit the rift. It’ll be interesting to see how it all goes down, but the tournament comes at a peculiar time. It’s a wild and crazy off-season. Four out of the six teams taking part in the tournament have recently made roster swaps in at least two out of five starting positions. Out of Counter Logic Gaming, Team Solomid, Unicorns of Love, Jin Air Green Wings, Origen, and LGD, the first four teams mentioned all have new starters to build chemistry with, to gain experience with. One of those four teams, TSM, has an exciting new roster with high expectations “later” in the season. The here and now is a different story. There are some things we should expect, good and bad, from the team in IEM San Jose.

Synergy, cohesion, and chemistry – all words that are linked to winning teams. Some teams have these qualities off the bat while others take time for them to manifest. It’s rare that the former is true. With a roster that has never played together, it’s likely that TSM will look a bit disjointed, maybe even soloque esq. For the team to gel they need more time, to be able to work together, and a strong support staff.

TSM has recently filled out their roster with an emphasis on “recent”. The full roster was officially announced on November 14th, and the team left for boot-camp on the 15th. This has left them little time to prepare for the tournament as it begins on the 21st. This means they are more than likely limited in strategy and polish. Not to mention that Kasing isn’t fully a member of Team Solomid, and attention might be more on his tryout then anything else. Expect being late to dragons/barons, lack of proper vision, failed rotations,etc. This should mostly manifest in the mid and late game as that’s where most of the team play occurs (outside of parties in the bot lane).

But it’s not all bad. While other teams that have had their full roster for longer are more accustomed to the 5.21 meta, the players of TSM should be fairly comfortable with it on an individual level. Add to that their individual skill, we could see some fairly decent laning phases. Look out for early game snowball comps, specifically mid-centric or fast push. We know that like other western teams, CLG with Doublelift loved to play Tristana and Jinx comps focused on fast pushing towers. In the mid lane, Bjergsen has had prior experience playing with the jungler Svenskeren. It’s been awhile (Copenhagen wolves 2013), but TSM might end up relying on that experience together as it’s the only prior synergy going into the new roster.

Team Solo Mid’s roster is a focus point at IEM San Jose, but that doesn’t mean it’s all on them. Besides four new players, TSM has added two new coaches to the fold. They released a coach announcement video on November 17th. KC a.k.a Woodbuck, the new Head Coach, has prior coaching experience as a pitching coach for baseball, finding national success. Josh “Jarge” Smith, former Head Analyst of Fnatic, is now the Strategic Coach for TSM and will be on stage for pick and ban. In the coach announcement video KC says, “My job is to teach the team how to come together as a team, how to build a solid work environment, a solid work ethic, and a solid work attitude.” The effects of this may not begin to show till the beginning of Spring split, but Jarge could have a more immediate effect. Being on Fnatic and having an insider perspective is pretty valuable seeing as how Fnatic was a semifinalist at Worlds this year. While Being a part of that Fnatic team won’t give Jarge super magical powers to make TSM win, it could influence the compositions ran at IEM.

Experts on the scene have already talked about the possible dynamics of TSM. Bjerg and Double are main carries requiring resources, and Hauntzer can be an impact player on low resources. But adding Jarge into the equation could mean something different or slightly skewed. Fnatic had top-centric team compositions compared to Team Solomid’s mid-centric ones. Maybe with Jarge and Hauntzer we can see more of that brief glimpse of top carry play we saw out of TSM in the summer playoffs. In that instance we saw Bjerg playing a supportive role on champions like Orianna and Lulu. Doublelift has had some experience playing with carry tops despite his reputation. In previous seasons, Doublelift was the sole carry much like Bjerg, but with the addition of Zionspartan, they went away from only protect Doublelift comps and gave Zionspartan time to shine. Perhaps Svenskeren will be setting up a tent in the top half of the map.

Despite the hectic off season, IEM San Jose is coming. Fans are clamoring for more league to sate them, but they should keep in mind that while it can still be fun, it will probably be lacking in competitiveness and clean play. Teams like Team Solomid have only just formed their squads and are using IEM to get real experience, to bring problems to light, and even to tryout players not fully on board. Winning the money would be great, but IEM is merely a learning tool and stepping stone for the teams as they prepare for the new season.