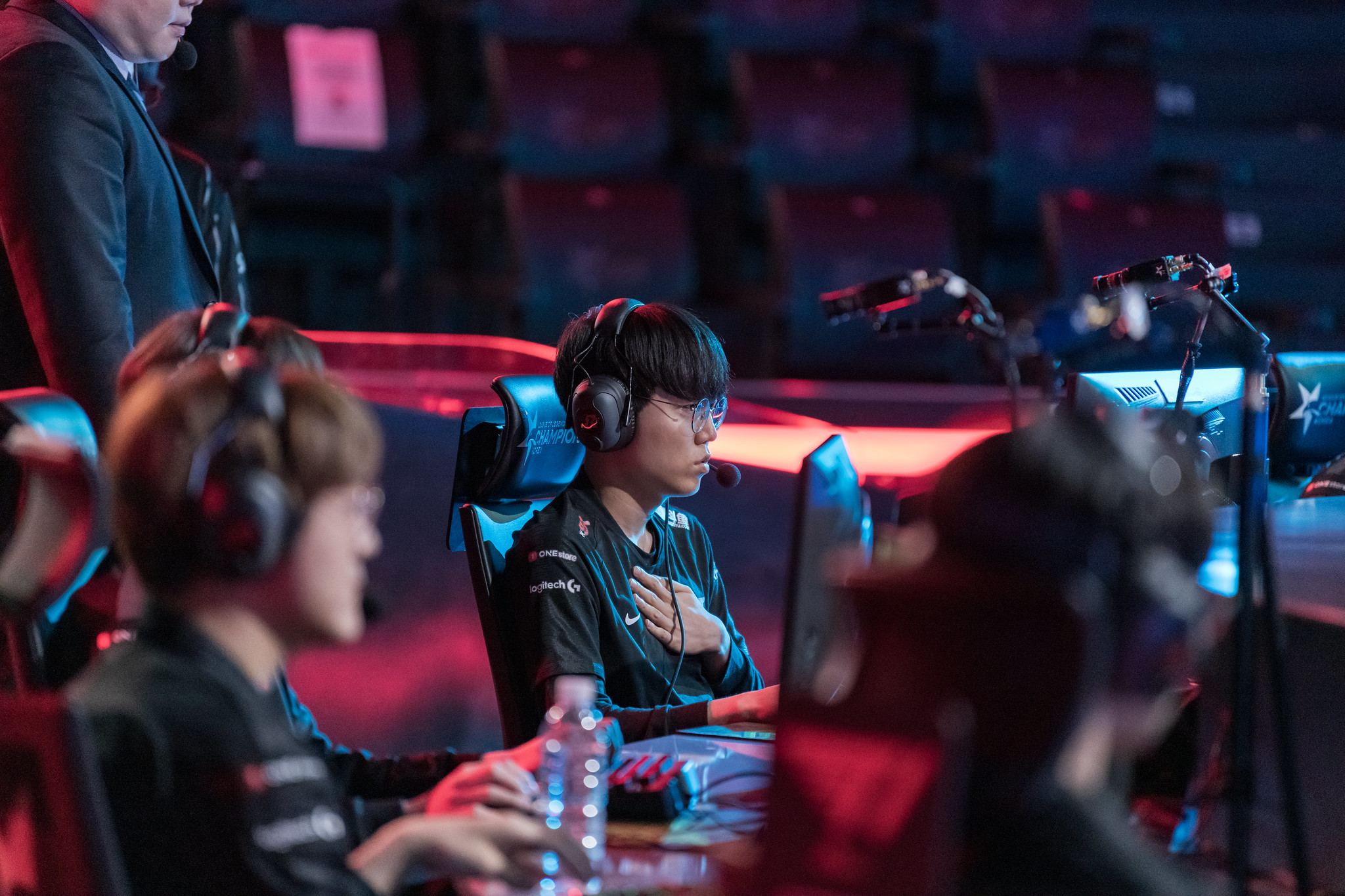 T1 claimed another hour-long series win against SeolHaeOne Prince today in dominant fashion. The former League of Legends world champions now have a 5-2 record in the 2020 LCK Summer Split.

Top laner Canna played a massive role in his team’s victory and received the Player of the Game award for the first game, while jungler Cuzz earned it for the second game.

The first game was the Canna show. He was given Wukong, who’s been popular in China’s LPL but has picked up steam in other regions as well. He played great during the laning phase, securing early kills and allowing Cuzz to pick up both Rift Heralds to snowball other lanes, too.

During teamfights, Canna’s ultimates were crucial in terms of controlling the opposing team, allowing his allies to deal damage easily and secure one kill after another.

Even though T1 were dominating SP, they made some mistakes and allowed SP to pick up a few neutral objectives, including two dragons and three towers. But T1 rolled over SP once they picked up the Baron. After a 32-minute brawl, T1 picked up the first win in the series.

In the second game, Wukong was left open once again and T1 last-picked it for the same matchup against Illaoi. While Canna played well during the laning phase, he wasn’t able to snowball as hard as he did in the first game.

But his jungler, Cuzz, stepped up. He aggresively invaded, ganked, and took objectives, securing huge leads for all of T1’s lanes. With the passive gold lead incoming from all these objectives, T1 were able to extend their lead and become much stronger compared to SP.

After securing multiple dragons and the Baron, T1 replicated their first game tactic by rushing down the base of SP. This time, they were successful in taking them down in 27 minutes.

T1 looked strong in this series, which means they might stand a chance against other top-tier teams in the LCK the next time they face them.

T1 will take on the emerging rookies of Team Dynamics on Sunday, July 12. T1’s current record puts them in a tie for fourth place in the LCK Summer Split standings. You can tune in to the official Riot Games LCK channel at 3am CT to see this match.