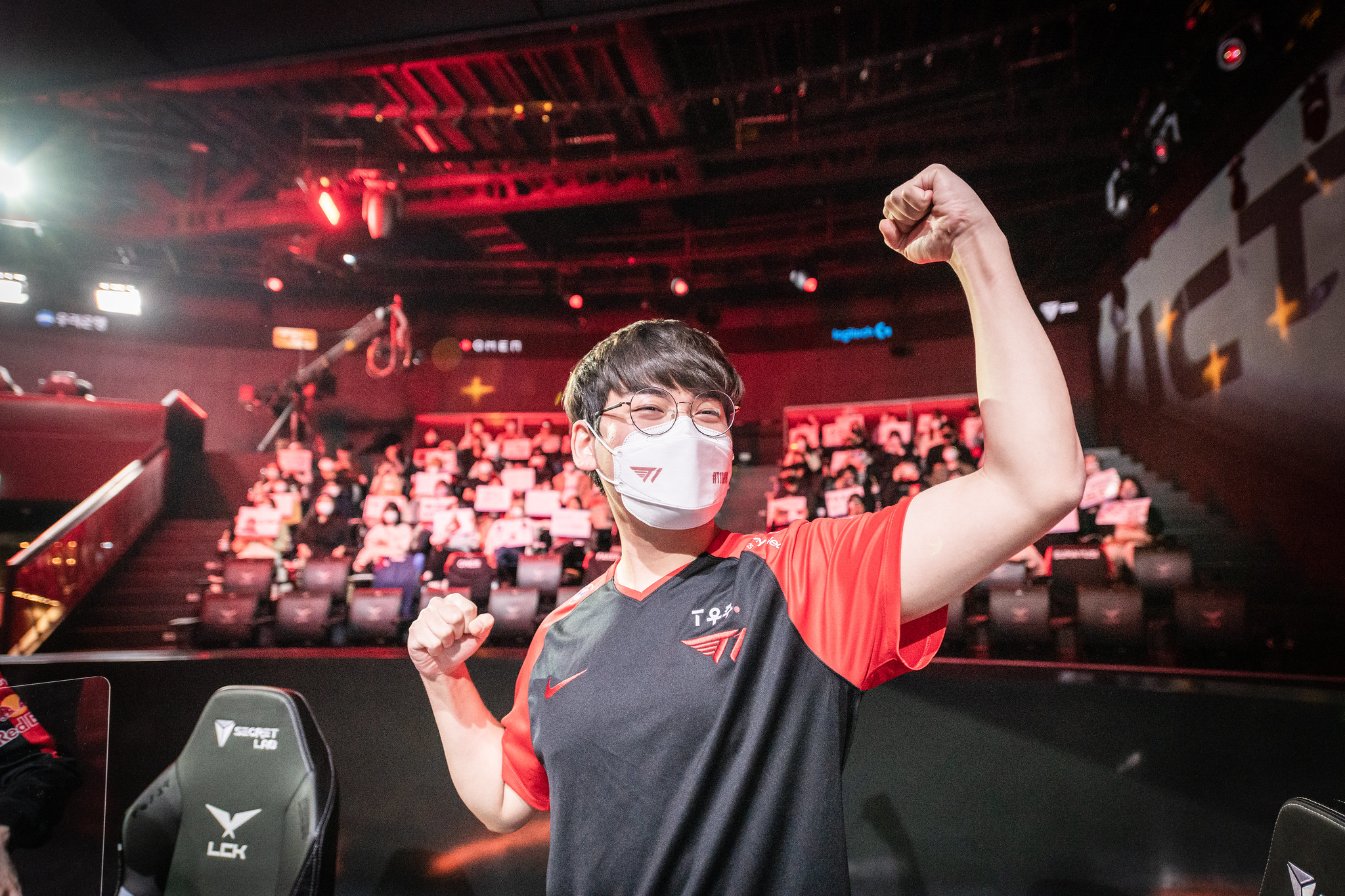 T1 defeated Gen.G 3-1 in the 2022 LCK Spring Split grand finals today, making them the first team to qualify for the 2022 Mid-Season Invitational.

In a rematch of the 2020 LCK Spring finals, there was nothing but pressure for T1 going into the League of Legends matchup against the second-seeded Gen.G. T1, who entered the finals after an 18-0 regular season, looked to expand their legacy as the most dominant team in LCK history. In their way was Gen.G, a team who also dominated the rest of the LCK and were looking to change the Spring narrative centered around T1 and lift the trophy Spring Split trophy.

Throughout the series, the story revolved around whether T1 could keep their nerves under control to take down Gen.G, and they dominated every single early game throughout the series. In the first game, T1 dismantled Gen.G’s early-game composition to dominate the mid game and end the match at 30 minutes.

Nerves did come into play for T1 in the second game. They once again found the early lead over Gen.G, going as high as 6,000 gold over their opponents. However, Gen.G bounced back in the second game after strong teamfights from Gen.G AD carry Ruler on the Xayah pick.

With the series tied 1-1, T1 looked unleashed in their final two games. After a dominant game from T1, Gen.G attempted to bring the series to a final game five when they pocket picked Akshan for top laner Doran. It was a risk that resulted in the series ender, though. T1 counter picked Kennen and acquired a 30 cs lead at 14 minutes in the matchup. As a result, T1 were unrelenting, dominating any early-game attempts from Gen.G jungler Peanut.

T1 held all five kills in the game at 12 minutes and a 4,000 gold lead since all of their lanes were ahead. Gen.G finally got their first kill at 14 minutes, only for it to immediately be countered by T1’s pressure.

Closing out the game was in T1’s hands, and they ended the final game of the series with a teamfight centered around Faker’s Ahri. At 28 minutes, T1 had officially made their way back to the top of the LCK, with jungler Oner named the finals MVP.

T1 had control on their hands throughout most of the finals, and they dominated Gen.G in the early game. While Gen.G showcased grit with a major comeback in the second game, T1 unleashed a new level of dominance, especially in their astounding fourth game.

Now, T1 can take a slight breather knowing they have secured their 10th LCK Split victory and their first split title since 2020 LCK Spring. T1 will now look to continue their dominance in the LCK on the international stage at the Mid-Season Invitational, where they will have their first opportunity to win a major international event in their home country. The Mid-Season Invitational will take place at Busan’s Exhibition and Convention Center in May.