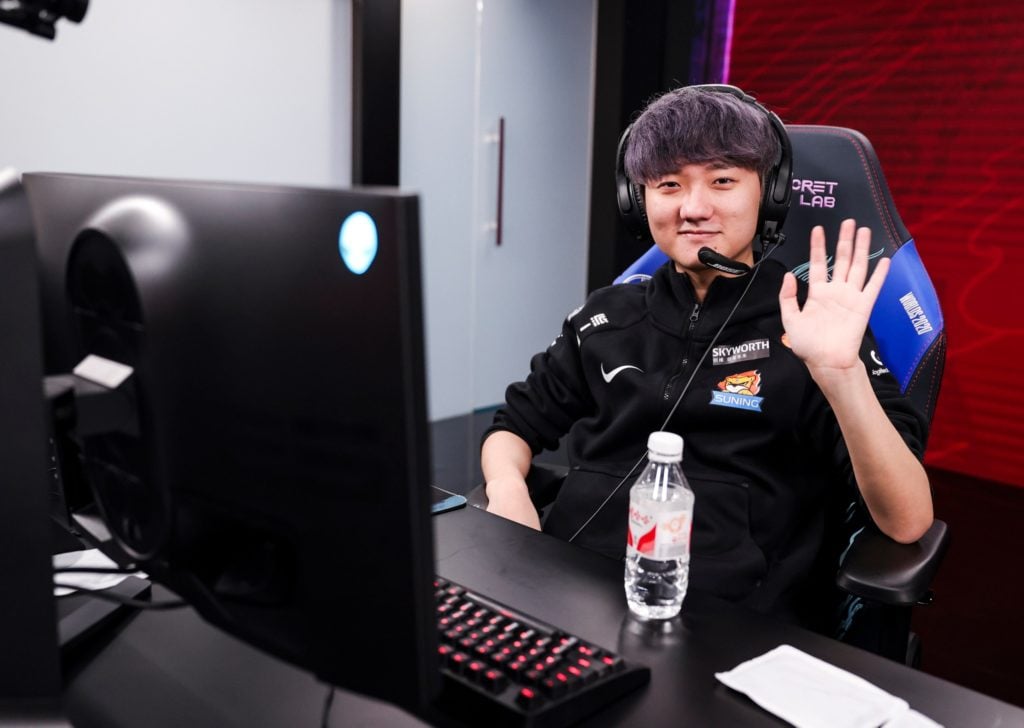 Suning has said goodbye to support Hu “SwordArt” Shuo-Chieh ahead of next year’s LPL season, the organization announced today.

“Thank you and goodbye. Take care,” Suning said on Twitter.

The Worlds 2020 runners-up, who lost 3-1 to the LCK’s DAMWON Gaming in the finals, are evidently heading in a new direction for 2021 starting with the support position.

SwordArt played a crucial role in the League of Legends team’s success in 2020, gradually improving over the course of the year. Suning went from a disappointing 11th place finish in the LPL Spring Split to securing a spot at Worlds in the summer playoffs.

They were massively underestimated going into Worlds, but Suning plowed through the competition, beating Europe’s No. 1 seed, G2, in group play before eliminating rival LPL teams JDG Gaming and Top Esports in the knockout stage.

SwordArt is set to sign with TSM as the team’s starting support ahead of the 2021 LCS season, according to Esportmaniacos journalist Pablo Suárez. This has yet to be confirmed by the organization, but all signs point toward the signing.

TSM CEO Andy Dinh affirmed this sentiment when he responded to Suning’s SwordArt announcement on Twitter. “Life is unpredictable, wonder where he’s gonna go. No matter where he lands- SA will put in a ton of effort,” he said.

Suning will now look to find a suitable replacement for SwordArt leading up to next season.