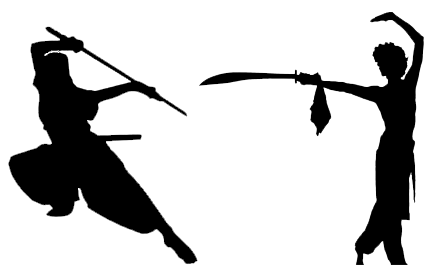 Styles make fights. They say it all the time in combat sports. This refers not to who is the superior fighter, but how their particular way of fighting interacts with that of their opponent’s. Sometimes this means you can have some very interesting fights between what might at first seem like utterly mismatched opponents. This is also true in esports, and some of the most entertaining matches of all time have come from.  A prime example being the OGN finals played by Samsung White and Samsung Blue. The sister teams could not have approached the game more differently when it comes to overall strategy, and it was fascinating to watch.

With this in mind lets take a  fun little  look at some games ( potential or guaranteed.) that could be a pretty exciting for the spectator based on how the teams approach the game,  at the upcoming IEM Championships.

This game initially seems like a total mismatch, and maybe it is. The Flash Wolves are not coming into this tournament as particular favourites, and C9 have a better strategic grasp of the game. That is without question.  However.

Yoe Flash Wolves are a very strong team fighting team, and have been able to use this strength to great success in their region. Cloud 9 Tend to be more objective focussed, but they are also strong in terms of team fighting. This is what can make for a fun game. Can the Wolves impose their desire to fight onto the more rotation minded C9?Aand if they can do it. Can they win those fights? Its going to be difficult for the Taiwanese thats for sure, but I suspect this game will have at least one breath holding, pulse pounding close team fight.

I am certain every fan of League of Legends is wanting this game to take place. In terms of entertainment there is something instinctive, something in the bones of a viewer that just  knows this will be an exciting game. That I suspect comes from that even the biggest fans of either team can say with any kind of certainty who will win. ( At least if they are being honest with themselves.)

TSM have since the dawn of time have approached the game from a win lane win game perspective. The idea of course being to use that power to gain objectives and, win fights in the midgame. Falling back on good late game team fighting when this fails. Gambit on the other hand   do not prioritize strong laning as much. Tending to come back from an early deficit with creatively engaged fights and skirmishes in the midgame. It will be a lot of fun to see if Gambit can win these fights when slightly behind as they have done so a lot. Or if TSM can snowball the way they want to.  Either way watch out for some mid game violence…Like a lot of midgame violence.

I want to take a quick moment to remind anyone watching that I am talking about these games from an entertainment/ interesting meeting perspective. I am well aware that GE are probably the best team in the world right now, and that they will likely crush this whole event. Now moving on. This match features two AD carry players that are sitting at the top of their leagues in terms of gold per minute and KDA. (Easyhoon’s sample size isn’t big enough, but I know he is technically above Pray in KDA.) Pray, and Forg1ven. The european being slightly ahead in both areas. However Korea is universally considered a harder league.

Both of these teams like to funnel gold towards their ADC’s. Understandably so, as for the most part it has been working. Both teams also like their botlane to play lane bullies, and very much like to gain an early gold lead. GE Tigers have shown a capacity for more strategic diversity ( Yay buzz word.) However SK have an awful lot of faith in Forg1ven, along with most of Europe. So if there is one team at IEM that may try to run the “Juggermaw*” comp against its most successful user. Its them. Other than that I think SK Gaming will try to play aggressive early and often as they do not want to face the late game decision making of the Korean number 1 team.

* Not to be confused with ‘Raising the puppy’, ‘Protect the Doublelift’, or any other defend the ADC comps. As ‘Juggermaw’ Involves a much more frontline AD Carry.

There are certainly a lot of fun potential match ups for this team, and obviously everyone wants to see them play Gambit Gaming. That is more due to the history behind the two teams than anything else.  That and watching Madlife play Edward.  I am choosing C9 because.

They approach the game from a pretty similar place. So it is less of a style clash I suppose. They both like to fight, and are good team fighting teams. Both tend to have very strong midgames, and ( this is more of a joke) both of their midlaners have abysmal champion pools.  Controlled aggression is how I would describe the way these two teams play the game. I suspect a lot of creative ganks early, and  a very interesting match in the top lane.

I…I just really want to see this matchup. Kuro is probably the better player, but both of them  get ganked a lot by opposing teams, and I think this is going to come down to who handles the pressure better, and it is  going to be a lot of fun.