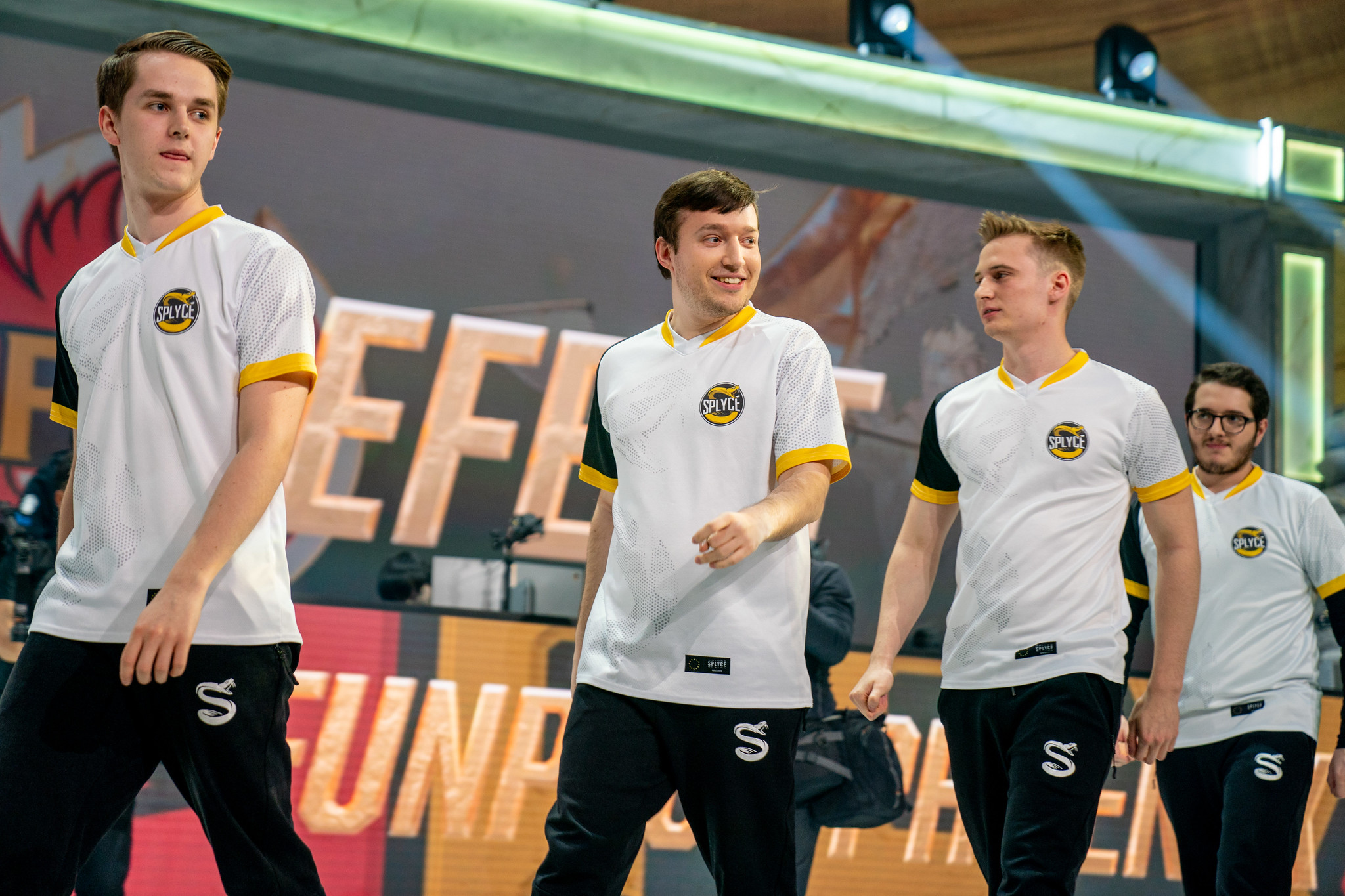 Splyce have qualified for the knockout stage at Worlds for the first time in team history after defeating Marines Esports today. It was a relatively back-and-forth matchup, though, and the LEC representatives had to claw their way back from a significant early deficit.

Splyce successfully swept through all three of their matches today, taking down each team in Group B. Multiple players on the roster had their time to shine, from Tamás “Vizicsacsi” Kiss’ great Cho’Gath performance to Marek “Humanoid” Brázda leading the comeback against GAM on Ryze.

Although there were a few stumbles from Splyce throughout the group stage, they showed their resilience as a single unit today. Whether it was a dominant performance or a gritty comeback, this team stuck together and used their great teamwork to pull out three victories.

Now, they’ll wait to face off against the winner of FunPlus Phoenix vs. J Team to see who will be coming out of Group B as the top seed. Many people had Splyce advancing out of this group, but they didn’t expect them to possibly top the standings.

This is especially significant for Vizicsacsi since this is the first time that he’s gone to Worlds in his career. He’s been a veteran of the European League scene, so getting to the knockout stage should give him and his teammates a ton of confidence for the last game of the day.