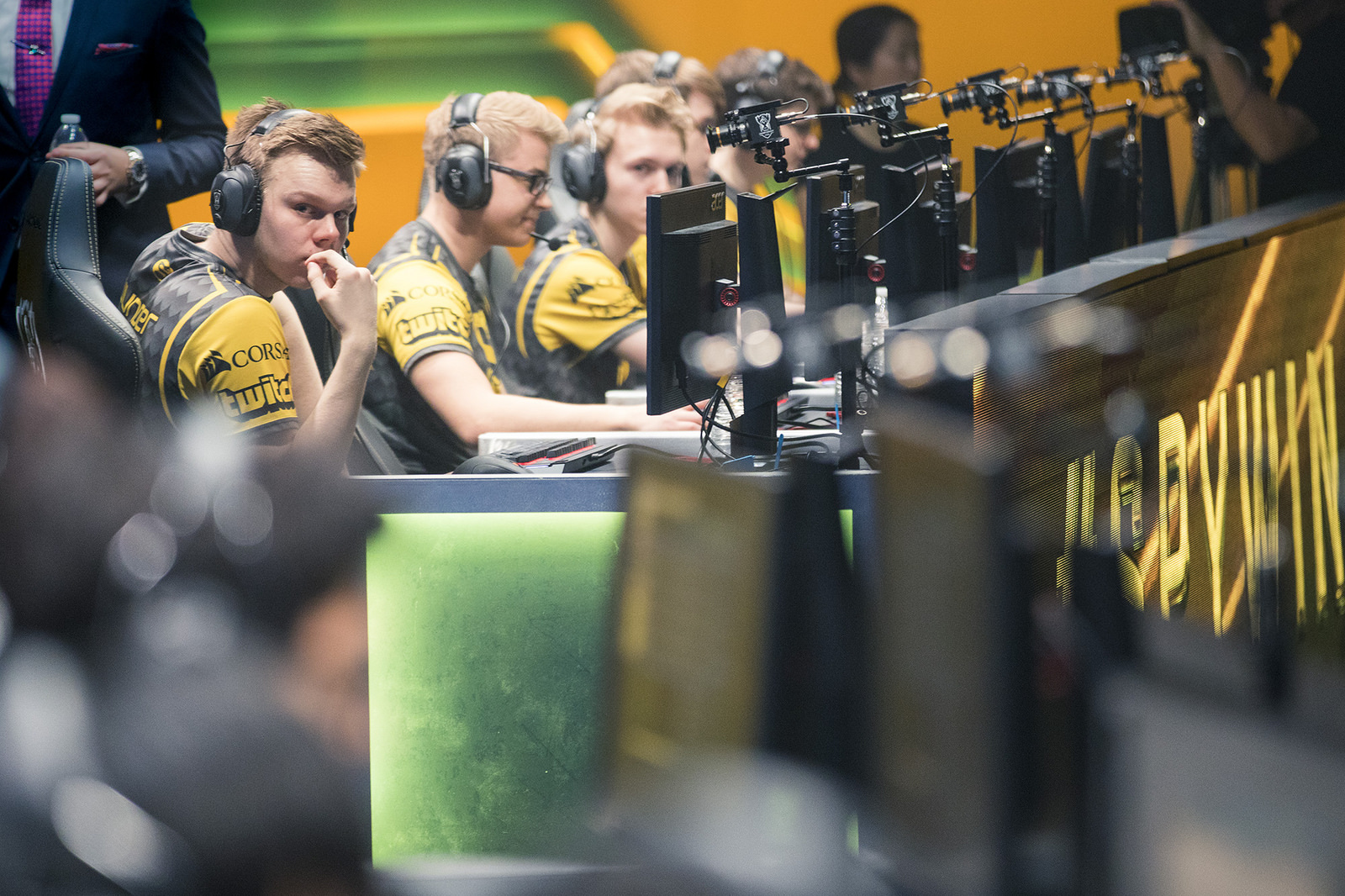 The playoffs are a season of hope.

Hope that players will prove that their regular season success was no fluke. Hope that a team can win it all and become regional champions. After the Summer Split, hope that a good showing will lead to an appearance at Worlds.

But if there’s one team whose fans aren’t harboring much hope, it’s Splyce. That’s because their first round opponent is G2. And G2 is their worst possible matchup.

After G2 rebranded from Gamers2 prior to the 2016 season, they have absolutely dominated Splyce. Splyce has yet to win a single series off G2 in the last two years—in fact, they’ve won only 3 out of 15 games. As Unicorns of Love ADC Samuel “Samux” Fernandez said in an interview, G2 is good against anyone. But even UOL managed to pick up a win against G2 a few weeks ago.

With the way G2 has dominated this matchup, is there anything Splyce can do?

G2 is uniquely equipped to solve Splyce’s signature style. It doesn’t matter what phase of the game Splyce find themselves, it seems like they’re always trying to dig out of a hole.

Splyce’s successful run to Worlds last summer hinged on a consistent strategy they used against everyone. They’d draft a 1-3-1 split push team composition, survive a rough laning phase, but then turn map pressure into towers in the late game.

But losing every early game is just not sustainable for long-term success, and to Splyce’s credit, they’ve shored up their lane phase. In particular, mid laner Chres “Sencux” Laursen has improved and now ranks in the top half of the table in terms of his early stats. His goal this year was “no more 10 CS down at 10 minutes” and he’s accomplished that.

With the bot lane pushing aggressively and the old standby in top laner Martin “Wunder” Hansen, Splyce should have a great setup for early game pressure. Sometimes, they are able to burn summoners against the best.

The problem is that pressure doesn’t often turn into anything. After blowing both of Luka “Perkz” Perkovic in that play, Jonas “Trashy” Andersen only made a half-hearted effort to return to mid lane. Perkz was able to farm safely under turret, staying even in CS until his summoners were back up and G2 took over the game.

An inability to fight

After switching out coaches between splits this year, many wondered if we’d see a more teamfight-oriented Splyce this summer under Fayan “Gevous” Pertijs. Instead, Gevous left in the middle of the split as the team showed little growth in that regard.

Even when they’ve obtained an early lead, Splyce just can’t fight. In this play against UOL near the end of the split, Splyce had already given up a kill lead by getting dived under their mid lane turret. When they tried to push back the fight again goes to UOL. Wunder zoned himself out of the fight despite knowing where UOL were, and Trashy failed to use Gragas ult to disengage, which got ADC Kasper “Kobbe” Kobberup blown up.

Against G2, a team that lives for five-on-five teamfights, Splyce won’t have a chance.

What can they do?

There isn’t much too work with in terms of a viable game plan against G2. Splyce have tried funneling everything into Wunder and hoping he can Ki “Expect” Dae-han, G2’s weakest member. They gave Jax to Wunder in their regular season series as an experiment, but G2 just grouped and shut the split push down.

They can try to camp mid and catch Perkz mispositioned, which he is sometimes wont to do. But overall, Perkz has been a much more careful player this year. And Trashy’s inability to control the jungle with Sencux makes that a dangerous proposition.

The one thing has worked sometimes, at least early, has been to play around Kobbe’s pushing lane and try to get tower dives. Kobbe has probably been the team’s most consistent performer, but then, the same can be said about Jesper “Zven” Svenningsen, G2’s ADC. Focusing on bot lane plays into another one of G2’s strengths.

Splyce face mostly bad options against G2. That begs the question: should they be thinking further ahead? After losing to G2 in last summer’s final, Splyce honed their split push style and made a dramatic run through the regional tournament. They benefited from a series of patch changes and really focused on self improvement. Perhaps that’s the path forward this summer as well.