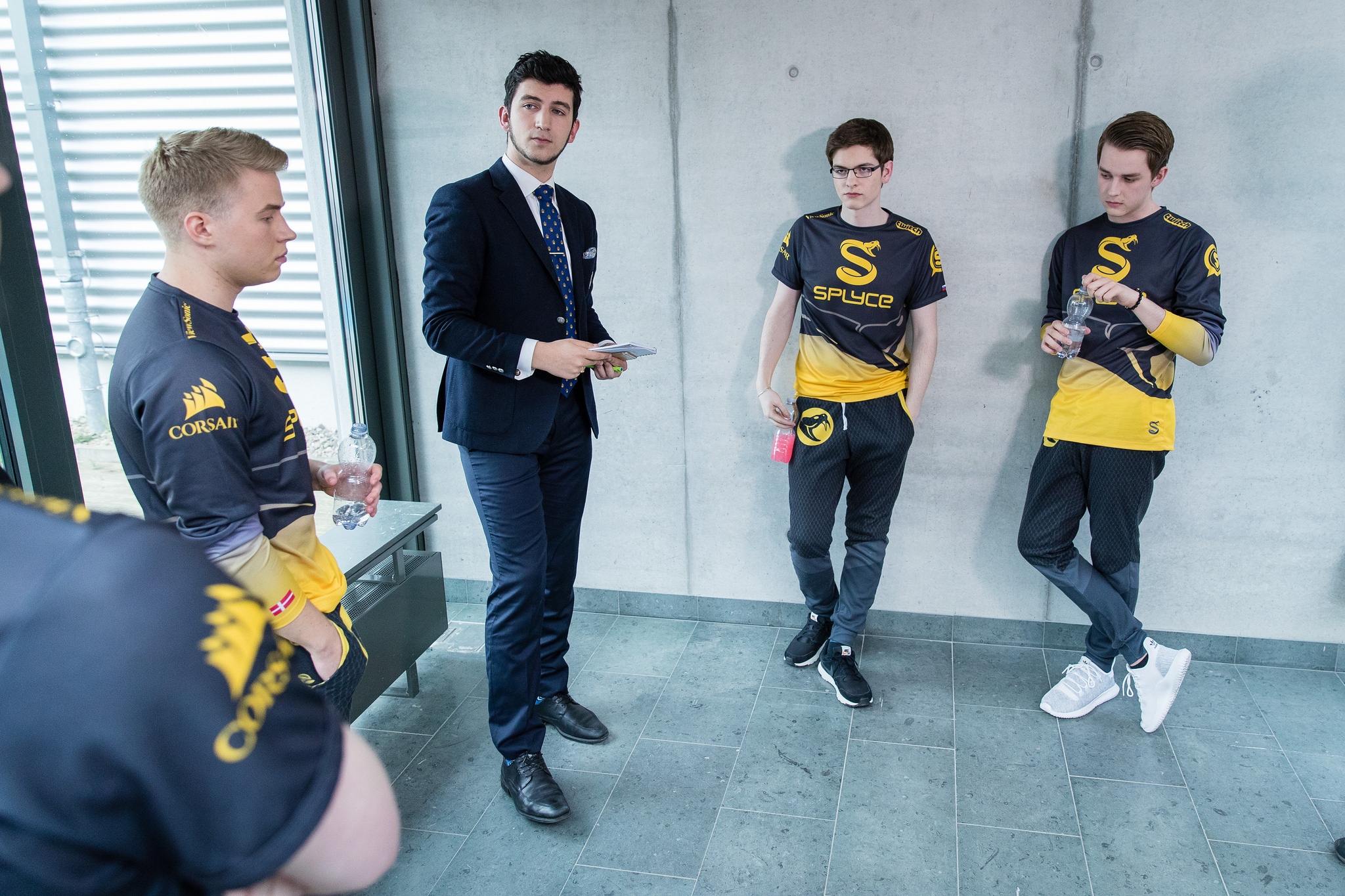 Splyce’s run through 2016 EU LCS Summer Split was the ultimate Cinderella story. But after going from the promotion tournament to Worlds in just one split, the team has come back to earth in 2017. Despite squeaking into the playoffs in the Spring Split, they fell in the first round in a shocking reverse sweep.

Their regression begs the question: Will the glass slipper ever fit again?

One of the key decisions the organization made over the last off-season was to bring back all five starting members as well as coach of the split winner Jakob “YamatoCannon” Mebdi. After all, that roster made it to the EU LCS Finals where they predictably lost to G2 Esports. But a 3-2 triumph against Unicorns of Love in the regional qualifier saw them make it to Worlds.

That they finished last in their Worlds Group, the Group of Death, was expected. But they had some positive takeaways: they played TSM extremely close and beat Royal Never Give Up. And with all five members re-signed for 2017, hopes were high that they could be even better.

That has proved not to be the case. The team was unlucky to be drafted into Europe’s Group B, where perennial heavyweights H2K and the plucky Unicorns like in wait. But these are the teams that Splyce has to beat to be considered championship material, and they failed to do so. The team went 7-6 in series (17-13 in games), losing all their matches against H2K and Unicorns. They were also winless against the best Group A teams, G2 and Misfits, indicating that better draw luck may not have helped them.

Bringing all five starters back presumes that the team can develop organically. As other organizations improved through signings and internal development, Splyce had to count on growth from their existing players. The most interesting player was jungler Jonas “Trashy” Anderson. Unfortunately, he was the player that failed the most.

For much of the split, the team continued its long-standing strategy of setting up 1-3-1 split pushes. Top laner Martin “Wunder” Hansen continued to perform well as a split pusher, earning the most “Player of the Series” this spring. Part of the reason he won those awards was the lack of teammate help, with Trashy being the primary culprit.

These 1-3-1 comps rely on good coordination from the jungle position, lest any individual lane get caught out. Drafting three pushing lanes also gives the jungler access to the opposing team’s jungle. In theory, it’s the simplest strategy to execute: push out, ward deep, and control what the other team is doing. It’s essentially solo queue at the highest level, relying on individual brilliance from the pushers and the jungler.

In reality, it was a nightmare. Trashy would find himself out-pathed and invaded again and again. He had the worst early numbers of any EU LCS jungler, most notably his horrific 17 percent first blood rate. Instead of controlling the enemy jungler, Trashy was late to plays again and again, watching helplessly as his lanes lost priority. When that happened, the split push ground to a halt.

Even Lee “KaKAO” Byung-kwon, the struggling Misfits jungler who was unceremoniously dumped at the end of the split, managed to make Trashy’s life hell. KaKAO’s game sense and mechanics betrayed him at various times in the split, but when he needed to, he was able to get inside Trashy’s head. After going down 0-2 in the teams’ quarterfinal match, KaKAO turned on the jets in the next three games.

This is just one of the many plays that exemplify Splyce’s issues. Splyce has lost the bot lane, but that had to have been expected coming out of the draft. The AD Kennen can still potentially split push later in the game. And they’ve heavily won each of the solo lanes. Instead of setting up patiently around those lanes, Trashy and Wunder invade the Misfits blue with mid laner Chres “Sencux” Laursen nowhere in sight. The resulting coordinated collapse by KaKAO and his team results in an easy kill.

In the team’s matches against upper-echelon teams, the split push strategy simply didn’t work. Some of this may be that, after a full split in standard lanes, teams have Splyce figured out. Whatever it was, it seemed like the team couldn’t keep from getting caught, regardless of how fed the laners became.

Against the likes of H2K, UOL, and G2, Splyce actually had more success in straight teamfights. In some games, when they drafted more teamfight-oriented comps that focused on Wunder initiating, they won. When other teams avoided Wunder and took advantage of bad teamfighting drafts, Spylce had no response.

The first move the team made after the split was moving on from YamatoCannon. Whether he left of his own volition or not, it is clear that the identity he has helped Splyce forge is no longer resonating. It’s possible that he was limited by the roster, and he should be lauded for Splyce’s past success and his ability to get them to focus on a winning style. More will be made clear from his results with Vitality, a team sorely lacking in identity.

Splyce replaced their coach with Fayan “Gevous” Pertijs, someone who’s spent most of his career in the wildcard regions. Gevous has coached for strong Turkish squad SuperMassive and was most recently coaching the Red Canids of Brazil. He’s had a history of building around a weak jungler as Canids jungler Carlos “Nappon” Henrique Rücker was not a strength of that team.

Above all, Gevous will have to coax Splyce into a more flexible play style. They can’t lose draft in hopes of giving their players individual counter matchups. They need to improve their team vision game, especially around objectives. They need to find away to win away from Wunder, as the bot lane has actually had a lot of success against better competition. They can’t leave ADC Kasper “Kobbe” Kobberup out to dry like they did against Misfits. And when the time calls for it, they need to fight around Wunder as a five-person unit.

Splyce built an identity as a dangerous split pushing team that ran opponents around the map and forced people to counter their style. Their success this year will rely on how quickly that style can evolve.