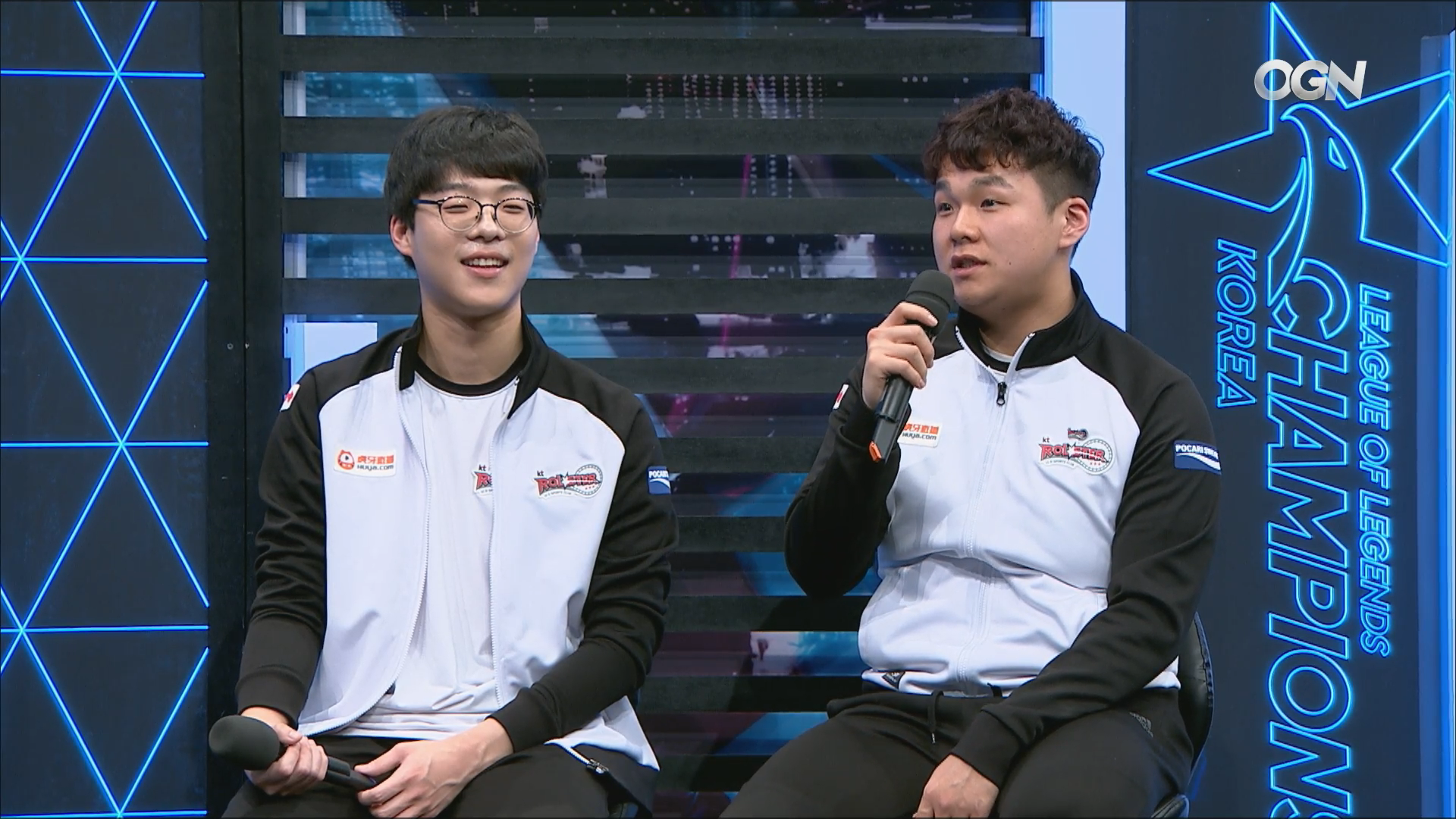 KT Rolster inflicted SK Telecom T1’s second defeat of the week after a decisive 2-0 victory in the LCK earlier today.

The win keeps KT Rolster in second place—and keeps them within a single win of catching the first placed team, KINGZONE DragonX.

KT’s aggression proved vital in their victory. After a slow start from both teams in game one, KT rotated their squad throughout multiple lanes to force SKT to use their precious Summoner Spells. With this control, KT picked up the three outer turrets within the first 20 minutes to give themselves a 3,000 gold advantage over their opponents.

A lack of synergy on the SKT team was their downfall. KT took advantage of the members of SKT scattered across the map and snuck the Baron from under SKT’s nose moments after a failed Baron attempt from the SKT side.

With the buff, KT broke into SKT’s base a few minutes later by using Banner of Command powered minions to secure themselves a win on the 38-minute mark.

The second and final game of the series was decided in the top lane. SKT’s top laner Park “Untara” Ui-jin made a series of poor plays that gave KT’s top laner Song “Smeb” Kyung-ho the gold and tools he needed to help his team succeed.

The game was even closer than the previous match. At 15-minutes, SKT capitalised on a poor team gank down bot lane to take the top lane tower and took their first gold lead of the series, even if it was short lived.

KT were able to pick off Untara multiple times. The SKT top laner repeatedly got caught out by himself, gifting kills and crucial gold over to the KT side. It wasn’t long until KT found the lead once again and used it to take a match winning Baron that gave them the tools needed to break into the base and take the resounding win.

KT head back into Summoner’s Rift tomorrow for a match against KSV. A win there will set them up well for their match against KINGZONE DragonX, who they face on March 15.