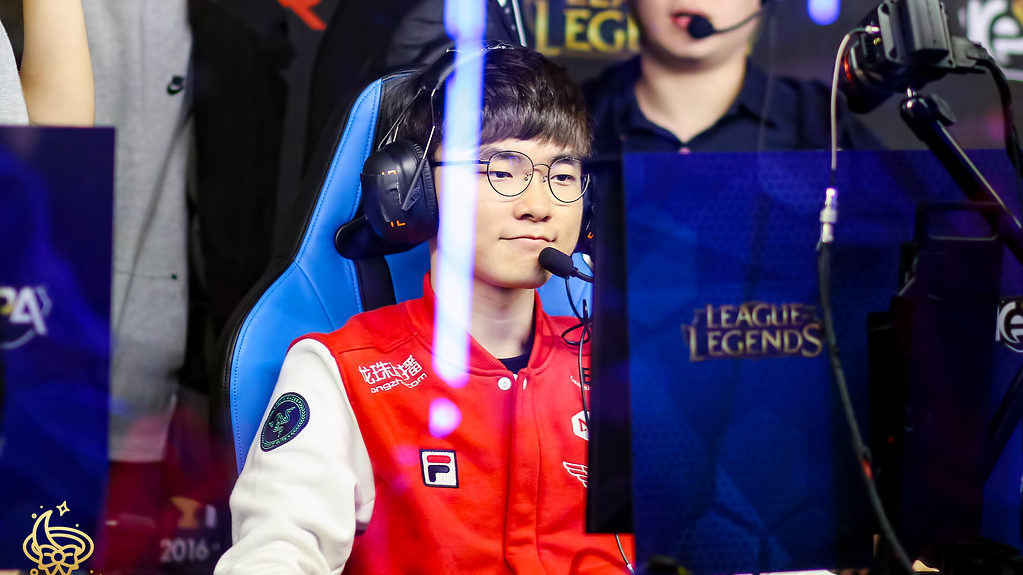 One of the best players in the world Lee “Faker” Sang-hyeok had a field day in the mid lane alongside the former World Champions, SKT, who are now one step closer to reclaiming their throne after another playoff victory over DAMWON Gaming.

Faker had an emphatic showing as he opened the laning phase with an impressive outplay onto Heo “ShowMaker” Su. The tides drastically shifted toward SKT after Kim “Canyon” Gun-bu was caught out by an early mistake as he died trying to retreat from the jungle and pressure from Kim “Khan” Dong-ha. As SKT continued to destroy the mid lane turrets, the team managed to take an exponential gold lead and snowball the victory.

Game two saw multiple sides of the map going in the favor of SKT as the mid laner and Kim “Clid” Tae-min paired up to ease the pressure on the outer lanes. The gold problem for DAMWON in game one continued into the next as SKT continuously took the lead by a substantial margin. After SKT secured the Baron, the game was out of reach for DAMWON.

DAMWON were demoralized come the third game, which is what no team can afford to be once they go up against an in-form SKT. Faker and co continued their domination, taking leads in almost every part of the map. This one-sided affair was over within 25 minutes as SKT defeated DAMWON 3-0.

The seven-game win streak for SKT continues as the team will now be facing Griffin next week in the LCK Summer 2019 finals. With today’s victory, SKT are now qualified for the 2019 World Championships.