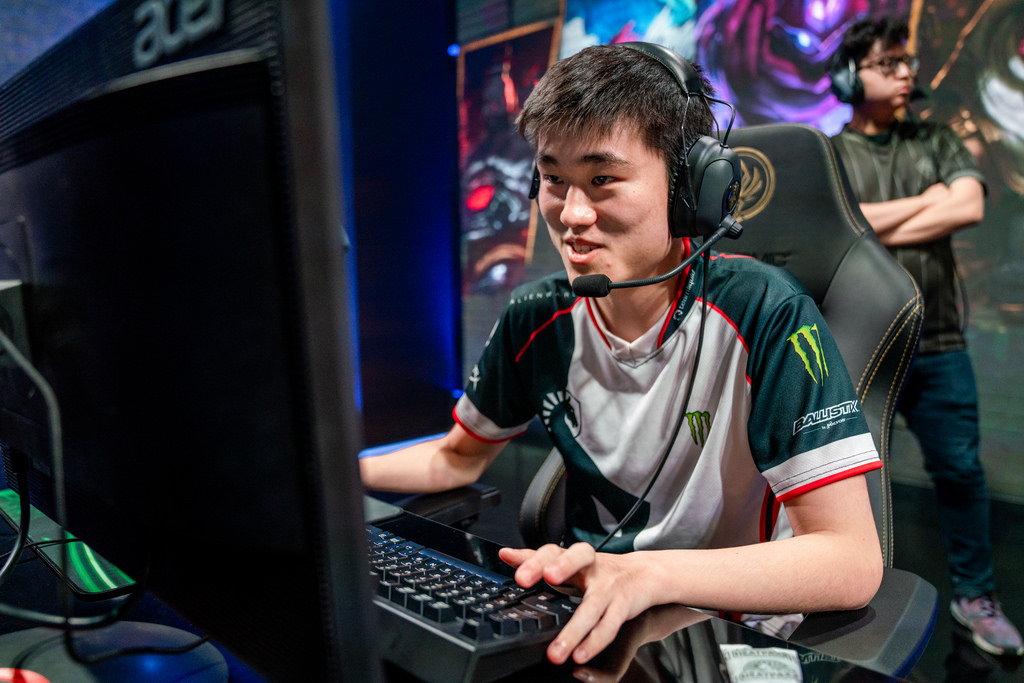 The group stage of the Mid Season Invitational produced a ton of international League of Legends actions. We saw superstars step up to the plate to carry their teams, epic team and individual performances by the best players in the world against the best players in the world. Today we’re going to take a look back at the group stage and rate the dud and stud performances from a fantasy perspective.

We’re going to use Skrilla scoring while ignoring bonus categories like quadra and pentakills in order to get a better look at individual player performance. We’ll also ignore bonus team categories like tower kills and Barons, so Mads “Broxah” Brock-Pedersen sadly won’t get any fantasy credit for those two ridiculous Baron steals. We’ll use Skrilla Points per Game (SKPPG) as our primary metric since that’s what matters most for daily fantasy.

Top laners averaged just 13.78 SKPPG through the tournament, less than a point per game more than the Support position. No single player stood out at the top, with a spread of about 3 PPG between every player.

One of the more criticized players of the event, Kim “Khan” Dong-ha, actually finished the tournament as the highest scoring player at the position. Everyone expected Khan, often labelled the best top laner on the planet, to dominate a weak field. But he posted 15.85 SKPPG, a lukewarm fantasy showing mirroring his lukewarm play.

Three days into the tournament, Hanabi was the leading top lane scorer. Hot off an amazing carry performance on Yasuo against KING-ZONE DragonX and their indomitable Khan, he was hailed as part of Flash Wolves’ inspired rookie duo.

Four games and three losses later, Hanabi is the lowest scoring top laner not on EVOS. His 0/10/13 KDA line on the final two days of the group stage was the definition of a dud performance, showing the rookie still has a lot to learn. His inability to make an impact on tank heroes in the later games was a big reason why Flash Wolves couldn’t continue their undefeated run. That inconsistency is a hallmark of inexperience, so be careful starting Hanabi in the knockout rounds.

Team Liquid’s herculean effort to nearly qualify for the knockout stage after their poor start may have been lead by Yiliang “Doublelift” Peng, but Liquid’s jungler Xmithie was the backbone of the team. His ridiculous 83.80 percent kill participation number topped all junglers by far—over 10 percent higher than the next best player—and allowed him to post a jungle-leading 17.13 SKPPG powered by 73 assists.

KINGZONE’s jungler looked like a good bet to top fantasy scorers at his position, but instead he put together a poor event, eventually leading to his benching. Peanut posted 15.86 SKPPG, only ahead of EVOS’s Nguyễn “YiJin” Lê Hải Đăng and Fnatic’s Mads “Broxah” Brock-Pedersen.

It surely wasn’t due to the team around him. His replacement, Moon “Cuzz” Woo-chan, got three games in the KINGZONE lineup and posted a whopping 30.84 SKPPG. He put up 20 points less than Peanut overall in less than half the games played.

Even during their losing efforts on the final two days of the group stage, Maple posted strong numbers with a 13/8/20 KDA line. He ended the tournament outscoring all mid laners with 22.35 SKPPG backed by a 7.8 KDA. Maple looked like a superstar throughout the tournament, unlike one of his closest competitors.

Fnatic’s star Rasmus “Caps” Winther, who looked like an MVP candidate through the first few days of the event, didn’t finish strong. While he lead all mid laners with 42 kills, he put up a whopping 37 deaths, nine more than the next ranked player, and ended with an average 19.63 SKPPG.

Pobelter finished the tournament with a couple decent games thanks to Team Liquid finding Malzahar in champion select, but his tournament overall was a poor one and his play was a major reason Liquid is going home. Pobelter put up 14.61 SKPPG thanks to a pitiful kill total, tallying only 14 kills through the event.

That’s 11 less than the next lowest player, EVOS’ Đoàn “Warzone” Văn Ngọc Sơn, and less than every jungler who played a full slate of games in the group stage. That’s just not the production you need out of a mid laner, even in an ADC-focused meta.

The war of the ADCs was the big storyline heading into the tournament, and we came out with a clear winner.

China’s Uzi is the best ADC in the world, and he proved it over the past week. His 11.8 KDA tops all players in the group stage, as do his 62 kills, a full 13 higher than the next player. His 28.13 SKPPG is the best of the event ahead of Kim “PraY” Jong-in’s 25.09 SKPPG. Uzi is the reason Royal Never Give Up topped the group stage, and he’ll be the reason they win the event, if he continues this level of play.

Europe’s MVP failed to make an impact in his big chance to show up on the world stage. Rekkles was his usual unkillable self, with just 11 deaths on the tournament, but that’s in large part due to being uninvolved. His 63.40 percent kill participation ranked last among all ADCs and his 19.00 SKPPG wasn’t much better. In Europe, Rekkles is a fantasy god, one of the most consistent performing superstars. But against ADCs that can abuse his passivity in lane, Rekkles is mortal.

Support isn’t a high scoring fantasy position, but Royal Never Give Up’s young Ming put together a ridiculous tournament. It certainly helps playing alongside Uzi, but Ming showed his own playmaking ability on many occasions and it shows in his final statline. His 7.7 KDA tops the position, as do his 10 kills, 14 deaths, and whopping 98 assists. That allowed him to post 19.55 SKPPG, more than 3 points per game higher than the next ranked player.

Uzi may be a superstar, but he was also enabled by the star playing beside him.

It’s hard knocking players on EVOS Gaming since they were clearly outmatches in a tournament of titans, but support player RonOP was particularly dismal. He ended the event with a 0.8 KDA and a ridiculous 48 deaths, 11 more than the next highest player and 14 more than the next on his team. Overall he ended with 4.08 SKPPG. That’s the furthest below his position’s average compared to every player at the group stage. EVOS does leave their bottom lane out to dry, but they need better play from the support position to succeed on the international stage.

The MSI group stage was full of surprises from Flash Wolves’ 6-0 start and early fantasy dominance to Team Liquid’s surprising late run to nearly qualify for knockout rounds. We saw legendary play from players like Uzi, who proved that he truly is the best in the world at his position.

The semifinals promise to produce more exciting action, so get your daily fantasy lineups ready and mark the date. Royal Never Give Up takes on Fnatic on Friday at 6am CT. Don’t miss it.