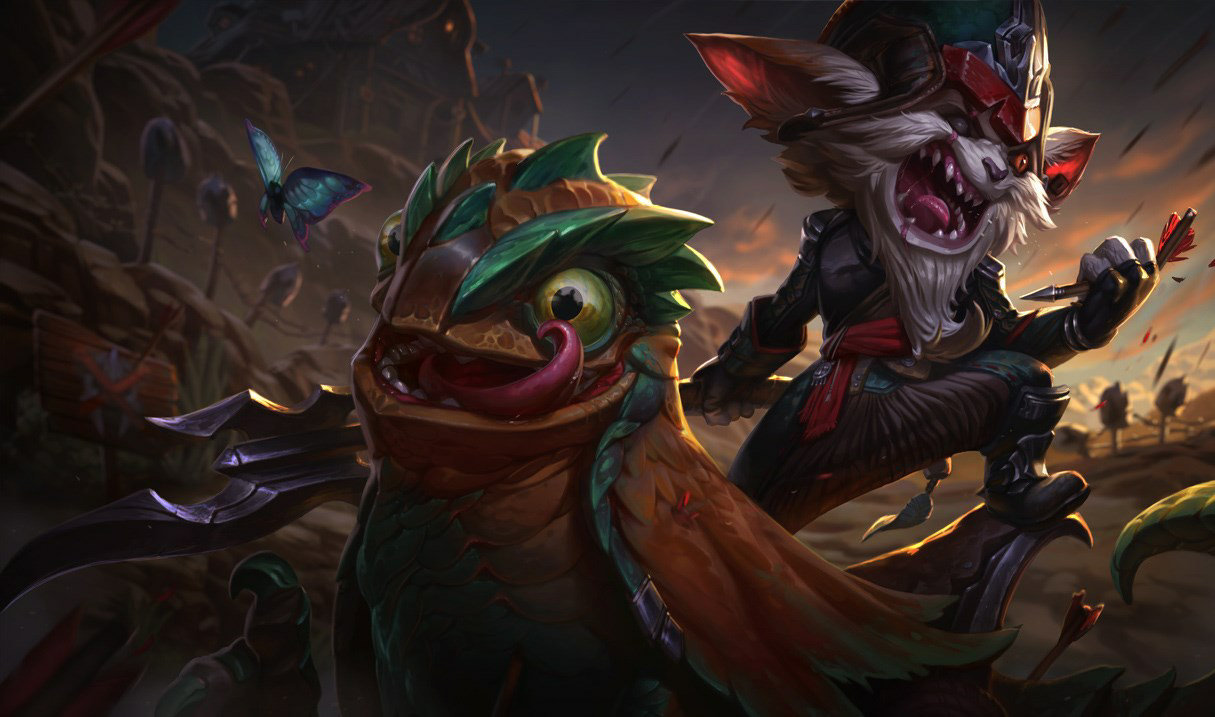 There’s a total of 157 champions in League of Legends, but that hasn’t stopped the devs from creating unique abilities and skillsets to differentiate them from each other.

Kled, though, is especially unique. The champion goes hand in hand with his trusty steed and best friend, Skaarl. When Kled rides him, he deals more damage. But, once he’s low on health, he gets frightened and runs for his life.

Players can mount the steed once they refill the courage bar. They can do this by dealing more damage.

When Kled gets back on Skaarl, he gains some of Skaarl health, which is a useful tool to survive in the top lane. In a video showcased by a player called KaBsiQ, Skaarl makes the hero play.

At the beginning of the video, Kled is fighting Urgot. The duo exchange some attacks before the Dreadnought goes in for the kill with Fear Beyond Death (R). Kled is low on health at this point, so catching him with the ultimate meant certain death.

But once Kled gets impaled by Urgot, his courage bar fills, triggering Skaarl. The steed immediately increases his owner’s life by 1,230 points, which allows Kled to survive.

Urgot’s ultimate, nevertheless, still lands, almost killing Kled. The champion tries to finish him off, but Kled uses his Pocket Pistol (Q) and a few basic attacks to come out on top in the fight.

The video serves as a reminder that when playing against Kled, it’s crucial to look out for his courage bar. With the help of his trusty steed, he can quickly burst you down or survive to live to tell the tale.