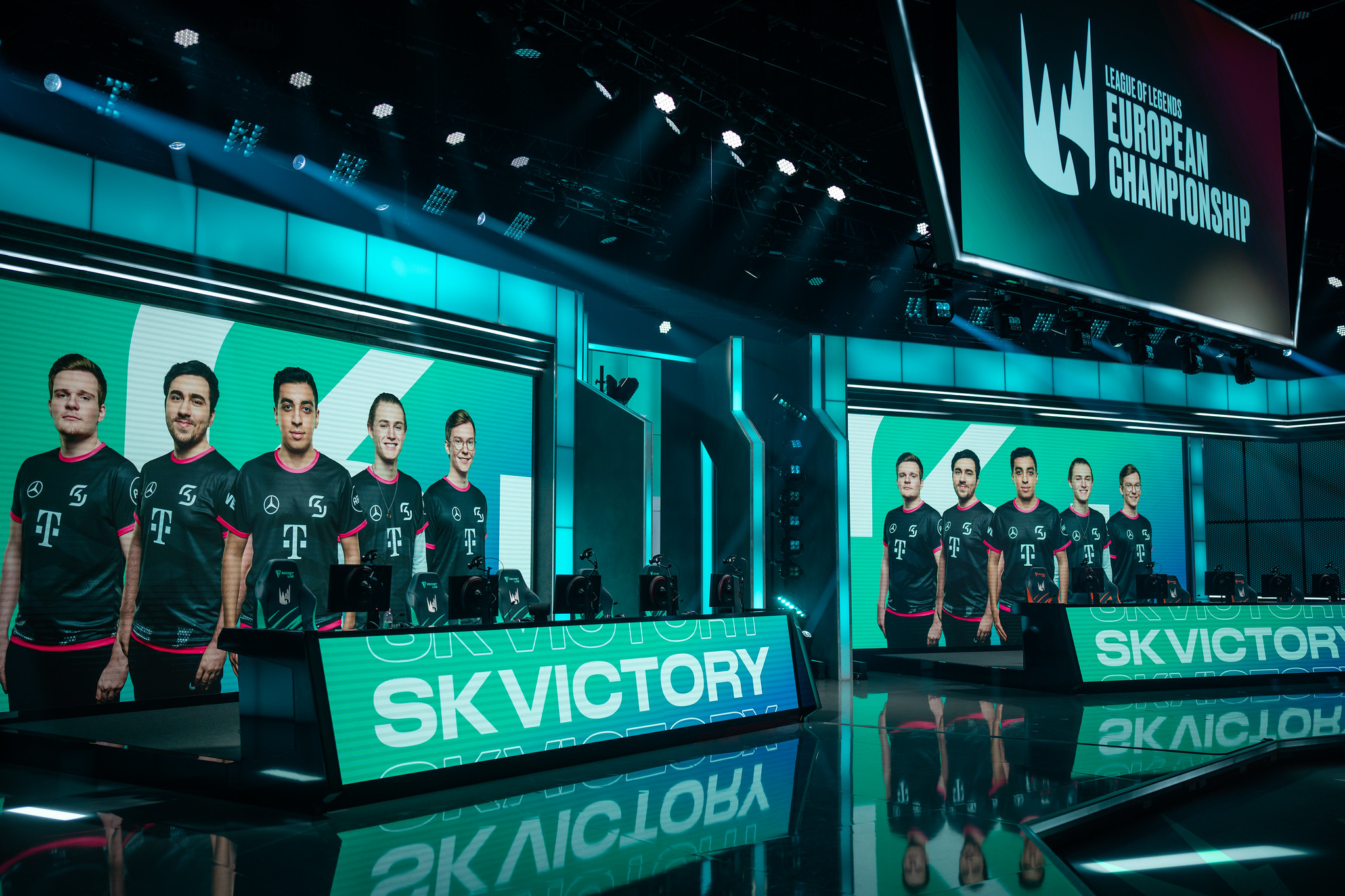 For any believers in SK Gaming, you’ll be happy to know that the team’s miracle run to the playoffs is still alive. The team kicked off the final week of the 2022 LEC Spring Split today with an impressive performance against Rogue behind some great team play in the mid-to-late game.

Many League of Legends fans and analysts expected a lopsided match between these two rosters, considering that one is at the bottom of the regular season standings and the other is sitting at the top as the best lineup in the league. SK, however, had different plans. They drafted a well-balanced team composition with a strong duelist in Gwen, Jinx and Ryze as reliable damage dealers, and an explosive engage combo with Leona and Lee Sin.

The early game played out slowly for the first few moments of the match. But after some great roams from Leona and Lee Sin, SK found enough momentum to carry them into the later stages of the map. The game remained relatively even until Rogue overextended into a lost teamfight at the 25-minute mark. Along with a Baron buff helping out their pushing power, SK snowballed the sudden influx of gold into a rather textbook victory.

Although SK won this game, they still need to win every single match of the super week, with matches against Excel Esports and Misfits Gaming. The second game against Excel will be key to win since Excel are still trying to lock in their place in the postseason.

Rogue, on the other hand, are still chilling as the top seed in the region. They should, however, still prepare for their final matches of the season and lock down the mistakes they made in this match so they can enter the playoffs on a good note.