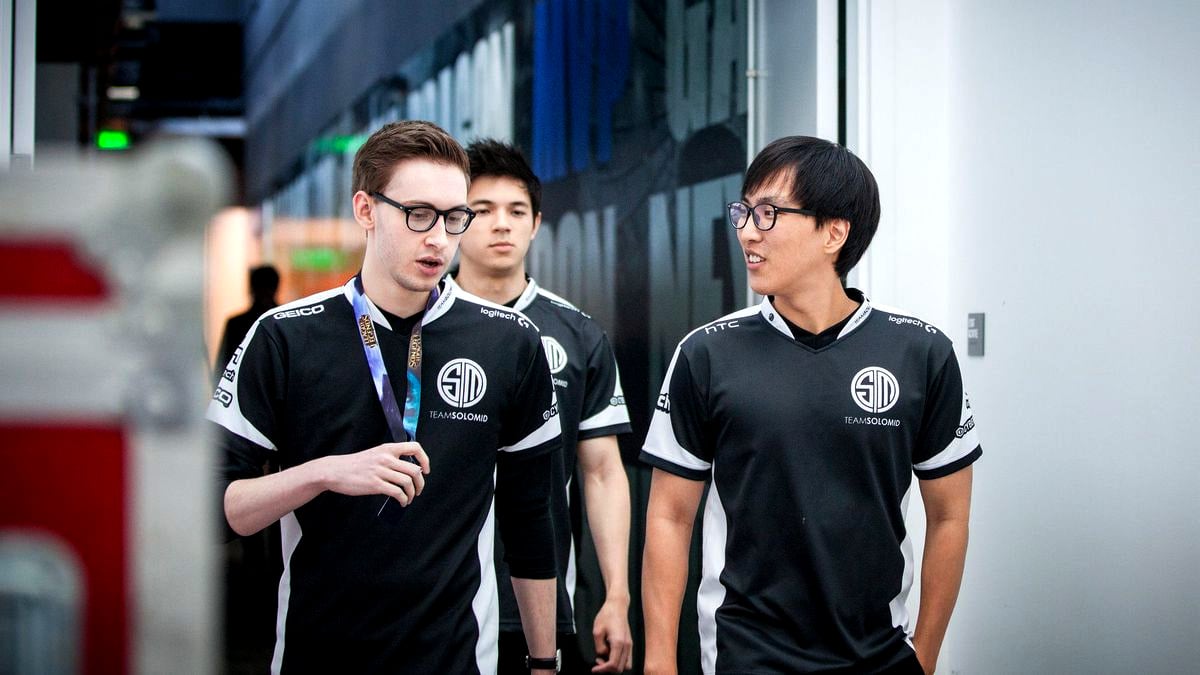 It’s been a couple of months since TSM announced it would field a six-man roster with Yiliang “Doublelift” Peng and Jason “WildTurtle” Tran switching in and out at ADC. The news was ironically followed by WildTurtle leaving TSM to start as ADC for FlyQuest, but TSM made it clear that it still wished to pursue the six-man roster with a new player on the team.

When the team announced that Rasmus “MrRalleZ” Skinneholm would try out as a sub, most assumed their hunt for the final starting position and second ADC was over. MrRalleZ was a superstar in the EU CS when he played for Fnatic Academy.

As it turns out, however, TSM’s hunt may not be over. Vincente “Shynon” Vu, previous Delta Fox ADC, is heading to Rift Rivals as the team’s official sub. No one’s sure what MrRalleZ’s status with the team is. But if Shynon is being brought in, the decision is likely still up in the air.

“I’m not totally sure as to how much me coming to Rift Rivals is supposed to mean, but I’m just taking it as a grain of salt,” Shynon told Dot Esports. “They said they just need a sub for Rift Rivals for now, and we can evaluate what happens later.”

If TSM is using its substitute position to try out MrRalleZ and Shynon for the sixth spot, the team is certainly being quiet about it, and that’s reasonable. If TSM reveal that this was its plan all along, other teams would study the new ADC to learn their style before the new player even officially joined.

Shynon is keeping his head up, though. Even if things don’t pan out, and he really was just brought in for Rift Rivals and for no other reason, this is still a big step for him.

“When you think of TSM, you think, ‘They’re the premier team in North America,’ right?” he said. “Therefore, any ex-player of TSM automatically has a higher player value. Even if they drop me after Rift Rivals, I still get a week to learn all the different intricacies and I get to learn from an international stage. That experience is really invaluable.”

And what happens Shynon ends up as the sixth man on TSM’s starting roster? Then the pressure’s on. WildTurtle took the brunt of the fans’ blame for TSM’s MSI performance, and the flame that he received was both way too harsh and not even entirely true. Sure, he was caught out a few times, and his positioning was questionable in certain circumstances, but there were a ton of other factors that went into TSM’s fifth-place finish.

Unfortunately, that’s probably what the future looks like for TSM’s future second ADC, and it’s a burden they’ll have to take in stride. Competing on a team with one of the region’s best ADCs will probably never be without that sort of pressure. Shynon is ready for it.

“That’s a very real fear,” he said. “I would just use that pressure to get better, to work infinitely harder. I’m really open-minded, and I think the idea of having more than five people on a roster is a super good idea, just because you can bounce ideas off the other person. It’s always good to get another perspective.”

Two heads are definitely better than one, and Shynon already has competitive experience helping him out. He knows what it’s like to function as a teammate and how important it is to have a great communication system. If is brought on, he’s hoping it would only take a brief learning curve to thrive on TSM, one of the highest achieving teams in the NA LCS.