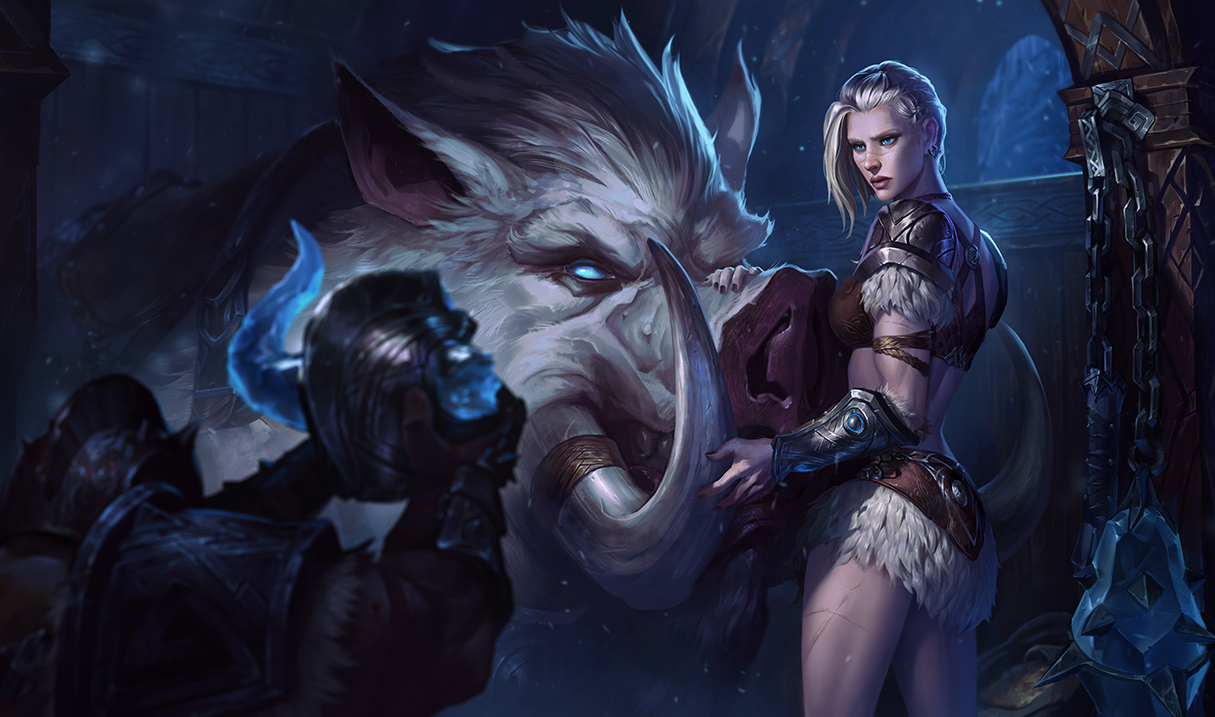 Sejuani is the picture perfect tank, and her rework during the Vanguard class update in Patch 7.9 was a shining success. The other two reworked champions, Zac and Maokai, weren’t so lucky.

It’s been almost a month since the largest patch of the season so far hit League of Legends, and as the dust has settled, we’ve been able to figure out where things stand in the aftermath of the updates. Luckily for players, things have gone relatively well.

The changes made to tank and AD items, as well as the newly introduced items, have all been great additions. Tanks feel more manageable in the early stages of the game, as they’re forced to build more situationally with their items, but they’re less irrelevant in the late game when AD champions finish their Last Whisper items.

On the same note, marksmen feel like they have a lot more agency. Several different types of ADCs are viable in the meta, like hyper carries, tank melters, and casters, and they can build up enough damage early on that they don’t feel totally helpless before finishing three items. Support item quests have made playing the role feel a bit more worthwhile and rewarding as well. So yes, it’s been mostly great. On the other hand, the main attraction of the patch was supposed to be the Vanguard tank subclass update, and that didn’t go nearly as well.

There were three champions reworked during this subclass update, and only Sejuani came out on top. Her winrate has settled around a fair 51 percent, and her playrate rests at a significant four percent, according to League stats website, OP.gg. She’s right in the sweet spot—slightly above average and played by a good portion of the community. Because of this, she’s become one of the stronger tanks in the game, and she deals just enough damage now that she can even be a viable choice as a top laner. By all means, she’s a success.

Zac, however, has been flip-flopping so dramatically since his rework that he’s nowhere near being called a success. This particularly sucks because he was doing pretty well before the rework even happened. He had a solid winrate and playrate, and his counter picks were well defined. Following the rework, he started off as the lowest-played and least-winning jungler in the entire game. After that, he was buffed in the next patch, and now he’s one of the strongest junglers in the game, with a booming 54 percent winrate and 10 percent playrate. He deals too much damage, and there’s little challenge in landing his large amount of crowd control. Already, there are more nerfs on the horizon for the next patch, which will be the third round of big changes to the poor blob in a row.

Maokai is in a similar boat, except he’s been much less of a seesaw. He’s been pretty consistent, but no one wants to be consistently horrible, and that’s the sad state the haunted tree has found himself in. Following his rework, he was supposed to be a big, beefy sustain tank. What he became was something very different: an AP jungler that maxed his Saplings and then stacked one bush with a bunch of them, just in case an enemy meandered into it. Sure, it would blow the enemy up, but that was anywhere near where Maokai was supposed to lane. There were tweaks made in the last patch that lowered the AP power from his Saplings, and now, he’s just bad in all areas. His winrate and playrate are drastically low, and he needs some serious attention to be brought back to form.

Sadly, though, there is only a small buff coming to his passive for the next patch, according to the current version of the PBE. It’s unlikely that this small buff will bring him back from the brink, but every little thing helps at this point. With the Summer Split beginning this week, we can expect to see Sejuani picked in at least a few games. Zac would be an option too, at least while he’s still OP, but Maokai will be nowhere to be found.