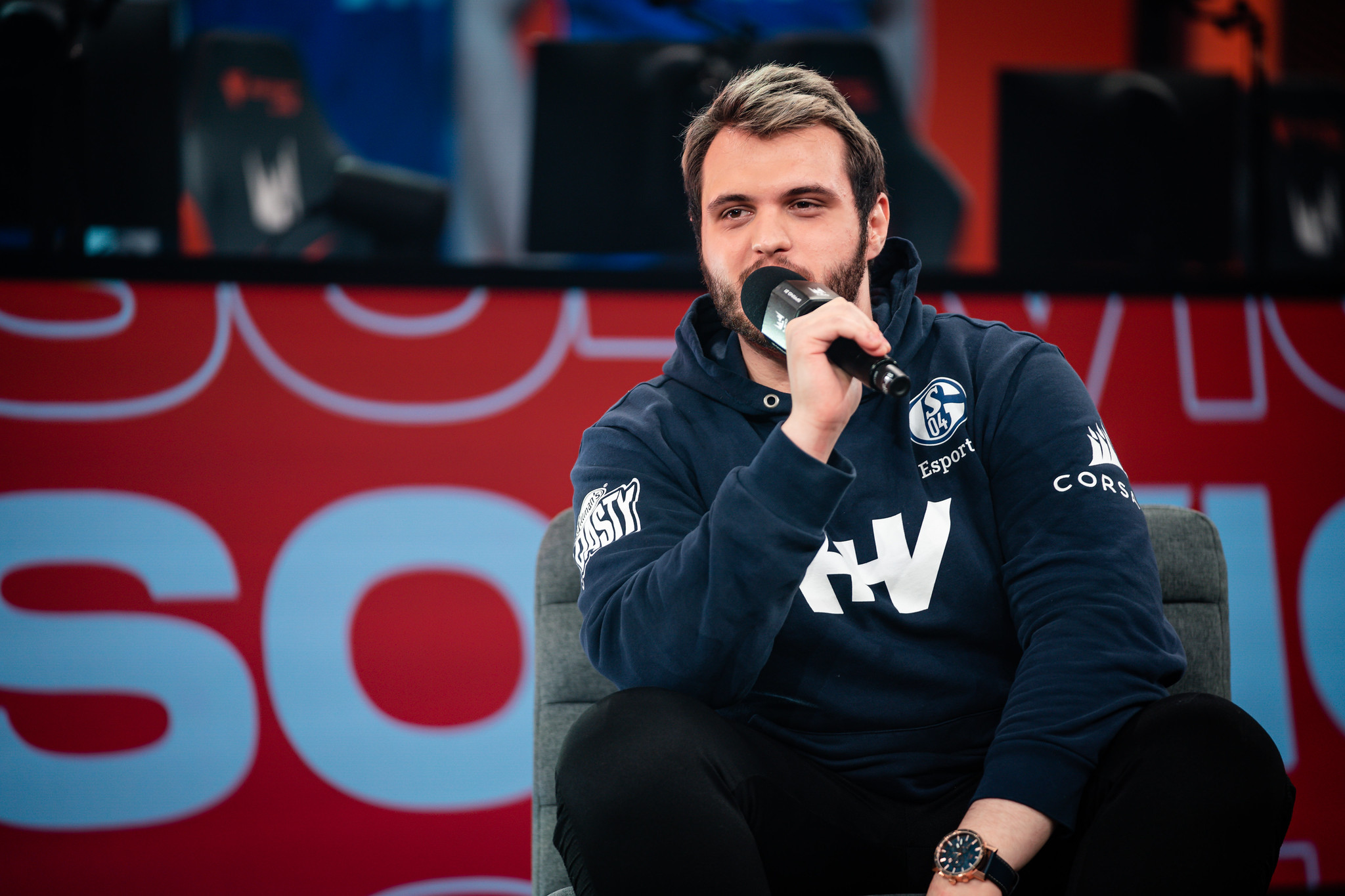 Schalke 04 took down Fnatic yesterday in dominant fashion, wrapping up the League of Legends series in a 3-0 sweep. The LEC team is now gearing up to face Rogue tomorrow to decide who will move on in the 2021 Spring Playoffs bracket.

As one of the clear protagonists of yesterday’s series against Fnatic, Schalke’s support Limit shared his views on the series and tomorrow’s matchup against Rogue in an interview with Dot Esports.

“I guess best-of-five fit us more,” Limit said about the series against Fnatic. “The preparation is not different from the regular season against other teams. Best-of-five is a completely different thing compared to the best-of-ones. On best-of-ones there are a lot of ‘cheesy’ strategies or get a lucky win but in the best-of-five I really think that it’s hard for the better team to lose.”

Schalke will face Rogue in the losers bracket quarterfinals for another best-of-five tomorrow. Rogue has been one of the best-performing teams in the LEC for a while now, and Schalke doesn’t have much time to prepare any new or complex strategies to play against them.

Looking ahead to the matchup, Limit had high praise for his upcoming opponents, especially for Rogue’s bot lane.

“I like to play against Rogue, they are for sure one of the best teams in Europe right now,” Limit said. “They are a really good team, I like how their bot lane plays, It’s going to be for sure fun playing against Hans Sama and Trymbi. Overall is completely different compared to Fnatic, so we’re also going to have to adjust what we are doing in the little time we have, since we play on Sunday.”

Earlier in the season, a report pointed to the possibility of Schalke selling its LEC spot as a result of the organization’s economic issues in the Bundesliga.

Limit shared insight into how it was for the players to deal with this report during the regular season.

“When the news came out, the team made a short meeting with all of us telling us how the situation was,” Limit said. “Obviously I can’t tell the details. I can’t speak for myself, but I can speak for all my team, and it doesn’t really matter. We are happy to play here, and we will be very sad if it happens at the end because we like the people here, we like to play here, we like the name that we stand for and play for.”