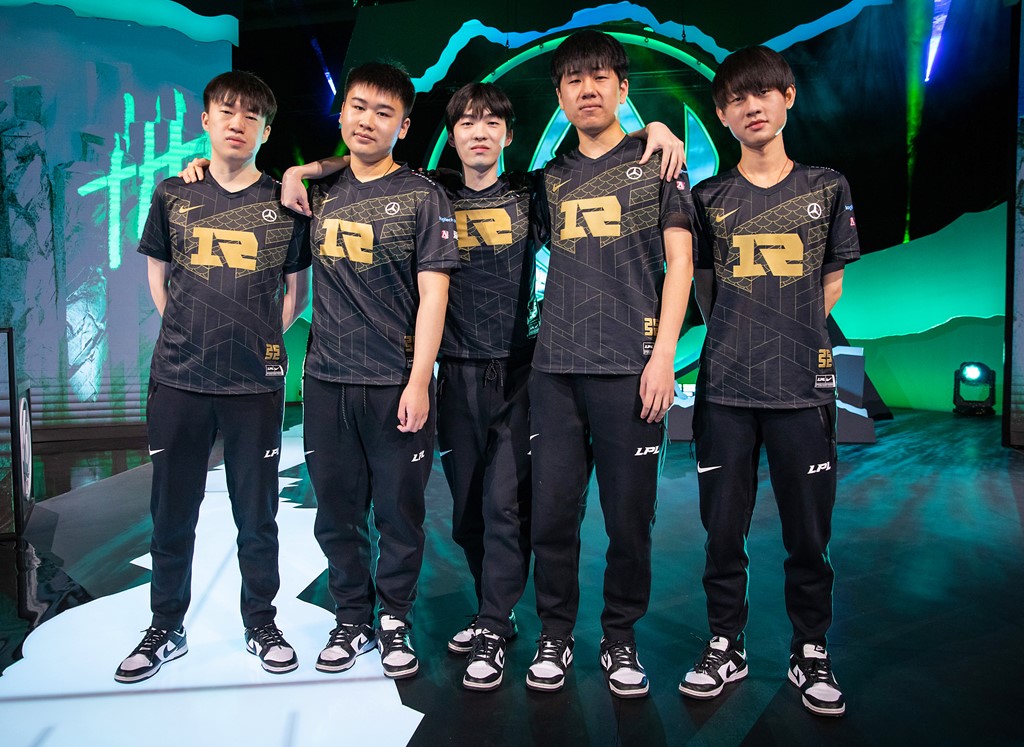 Royal Never Give Up are out for blood at the 2021 Mid-Season Invitational.

This tournament marks their first appearance on the international stage since 2018, and they’re here to remind League of Legends fans why they were once considered the best team in the world. They are currently the only remaining undefeated roster at the tournament, a record they just barely kept alive after a close-fought win against the LEC’s MAD Lions today.

This game was, on the surface, one of the closest series of MSI so far. MAD secured multiple comfort picks for themselves in the draft phase, most notably the infamous Wukong for top laner Armut. That Wukong pick turned out to be the glue that held MAD together in this matchup. Armut secured a triple kill in a top lane skirmish that helped swing the mid-game towards a MAD victory.

But even a fed Wukong proved no match for RNG’s notoriously incredible teamfighting. Constant scrappy trades around objectives invariably came out in RNG’s favor. Their tempo across the map was such that they kept themselves hugely ahead in gold even after taking unfavorable plays, and they had taken six of MAD’s towers while MAD had only knocked down one of theirs.

Even in defeat, the MAD Lions showed signs of strength. Where in the LEC they’ve often been criticized for inopportune, needless deaths, they played this game in a remarkably restrained style. Although their fate was pretty much sealed after RNG secured their first baron, they were able to stall out the game in the hopes of finding themselves a crack in RNG’s armor to turn the game back in their favor. Although they weren’t able to find that edge in this particular series, it bodes well for their future games that they staved off defeat for so long.

With this victory, RNG remain undefeated at MSI 2021. They’re an absolutely terrifying roster with an ability to carry through multiple roles, and their shining star is top laner Xiaohu. Known during his mid-lane tenure as a hyper-supportive player, Xiaohu has brought the pain all tournament long to every opponent in the top lane. Having beaten every team currently at the tournament outside of PSG Talon (who they have not yet played against), there’s a real chance RNG can continue this undefeated streak all the way to the finals.