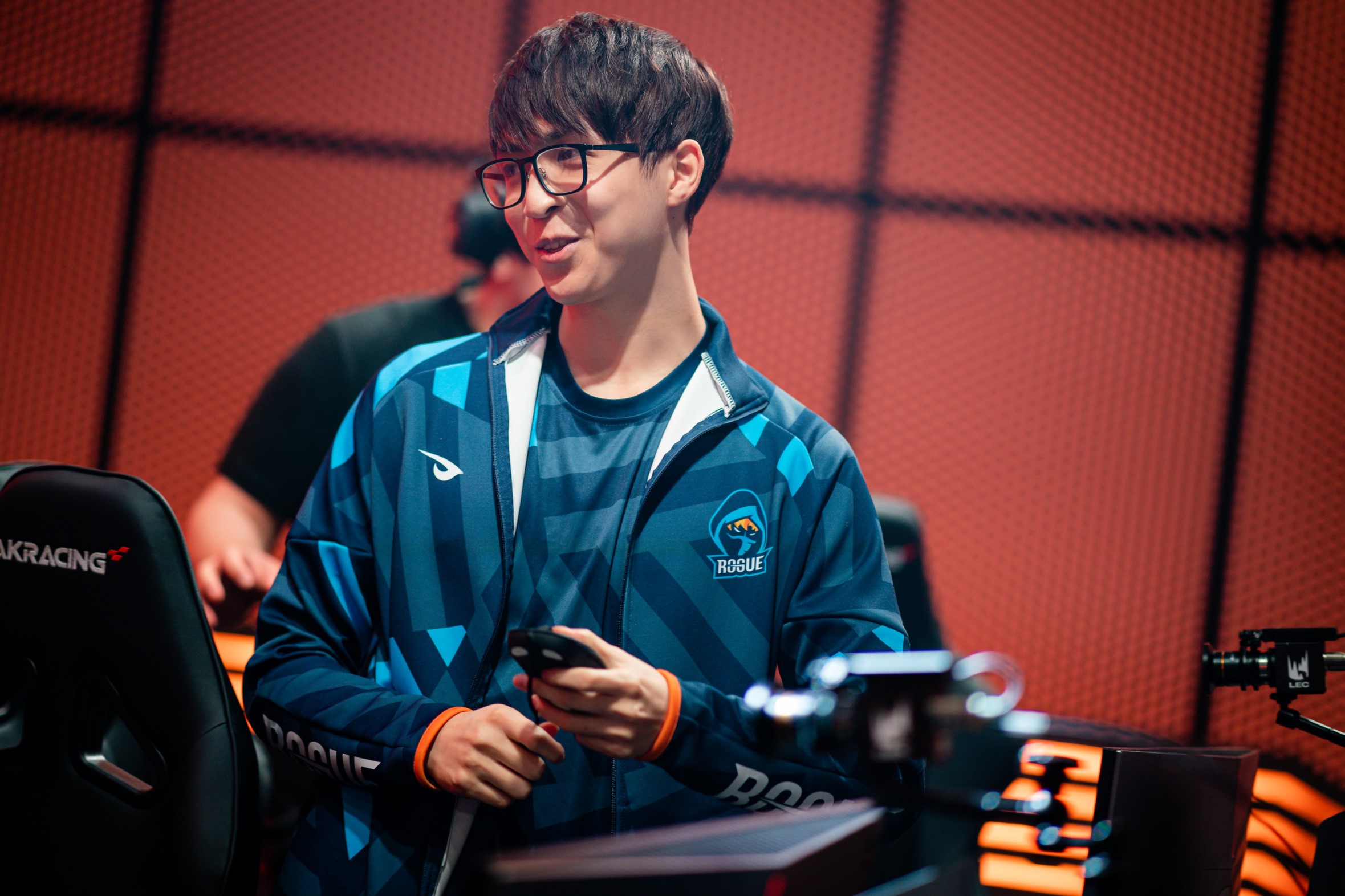 Three weeks ago, Schalke 04 dealt Rogue their first loss of the 2021 LEC season. But today, the tides turned in favor of Rogue in a convincing 35-minute victory.

These two League of Legends teams came into today’s contest on opposite trajectories. Rogue, sitting in a tie for first ahead of today’s matchup, had won four of their last five games. Schalke, on the other hand, were on a four-game losing streak coming into week six of the Spring Split. The team hadn’t tasted victory since week three when they upset Rogue.

The bloodshed in today’s game kicked off with Trymbi and Abbedagge finding themselves in a skirmish near the top-side blue buff just seven minutes into the contest. In a rare maneuver, both players failed their flashes and Rogue walked away with a two-for-one trade early on.

By the 15-minute mark, the two teams traded eight kills across the board and found themselves in a deadlocked tie heading into the mid game.

The two teams found themselves at a relative stalemate for the next 15 minutes, with Schalke and Rogue trading blows and capturing several objectives and kills to prolong the game. But when Inspired appeared practically from the ether to obliterate Schalke’s bottom lane combo of Neon and Limit, Rogue turned their momentum toward Baron and began to look for a potential game-ending teamfight.

But when Schalke and Rogue looked to teamfight, all the momentum was stripped from them by a 10-minute pause caused by a “hardware issue” on the side of Schalke 04, according to the LEC broadcast.

When the game picked up again, the two teams immediately hit the gas and a fight broke out in mid lane, resulting in a four-for-one victory in favor of the immensely-fed Rogue. That turned out to be the deciding factor in the game.

With this win, Rogue maintain their hold on the tie for first place in the LEC alongside G2 Esports. Both first-place squads have 10-2 records. Schalke now sit at 5-7 after their fifth consecutive loss.