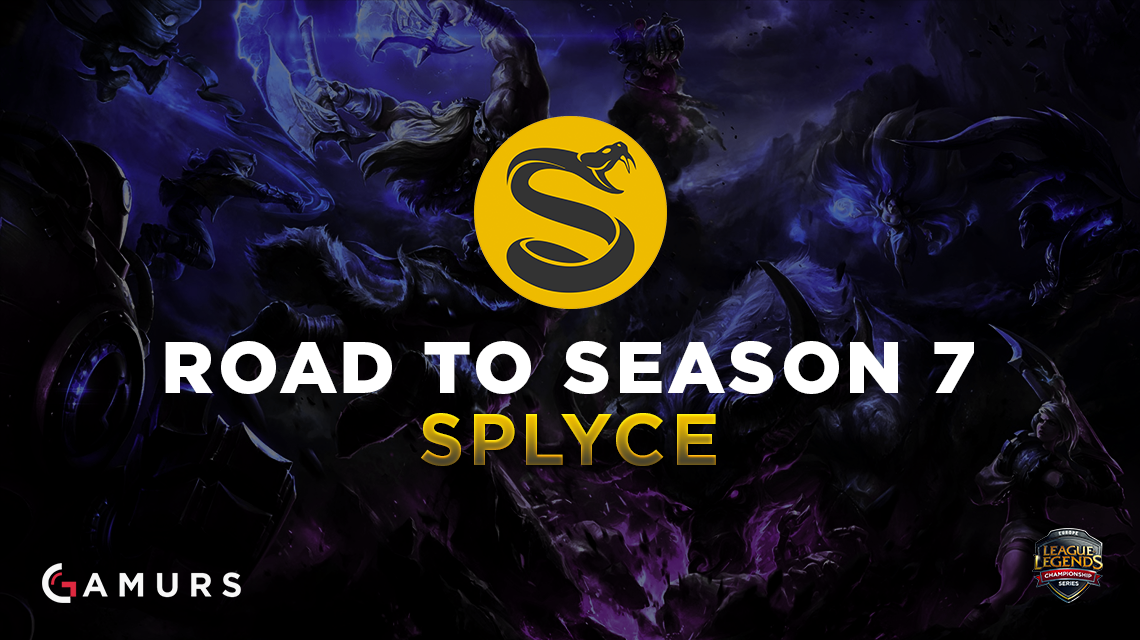 Splyce is one of two EU LCS teams to retain their entire rosters for the 2017 season and are hoping to build on the foundations of their previuous season.

As we began a new season and the Spring Split approached, Follow Esports rebranded into Splyce on Dec. 2, 2015.

The Spring Split began and Splyce eventually ended their first split in the EU LCS in a disappointing eighth place. In fact, they were one win away from a potential saving grace that would have kept them from going into the Summer Promotion tournament where ROCCAT (ninth place) and Giants Gaming (10th place) would join the Copenhagen Wolves and Team Huma from the EU Challenger Series to try and slither their way back into the EU LCS to participate in the Summer Split. However, Splyce did not need to worry as they succeeded in beating Giants Gaming in the promotion tournament to return to the EU LCS.

Splyce’s summer split was a far improved display which saw the team finish second in the split, going to the Regional Finals then eventually securing themselves the third seed for Worlds,

Their Worlds appearance, however, wouldn’t bring any of their regional surprises with them. Splyce exited during the Group Stage due to finishing in last, winning only a single game. But, undeterred, the team has since signed contracts to stick together for the upcoming season.

Splyce will be one of the favourites going into Season 7 with only themselves and G2 Esports keeping their full rosters together. However, that does not always spell instant success, as we saw with Origen last year.

Kobbe said himself in an interview I conducted with the player a few weeks ago, that “most people expect us and G2 to be in the top of the standings.”

Splyce has a solid foundation to continue building on, thanks to having solid producers in each position. However, in these new EU LCS structure with best of threes and groups, much of Splyce’s success will come from the draw phase, like many other teams. H2K and G2 have already been pegged as Group A and Group B’s number one seeds, respectively. But, if no seeding exists for the groups then the team faces the prospect of being in a “group of death” or a “group of life.”

Where will Splyce end up?

I expect Splyce to be fighting for a Worlds spots again this year, at least in the top four of teams in the EU LCS. I can’t see them winning the first seed unless a miracle occurs, but I can still see them fighting for it providing no slip ups.

With that in mind, here are my predictions for the upcoming season.

I don’t see Splyce making Worlds this year, however, they have proven mny people wrong in this past year so the prospect for them remains. With the strength of the EU LCS at the moment, Splyce is going to have to rely on their already-established marco-play and team synergy that many teams likely have not been able to create, yet.