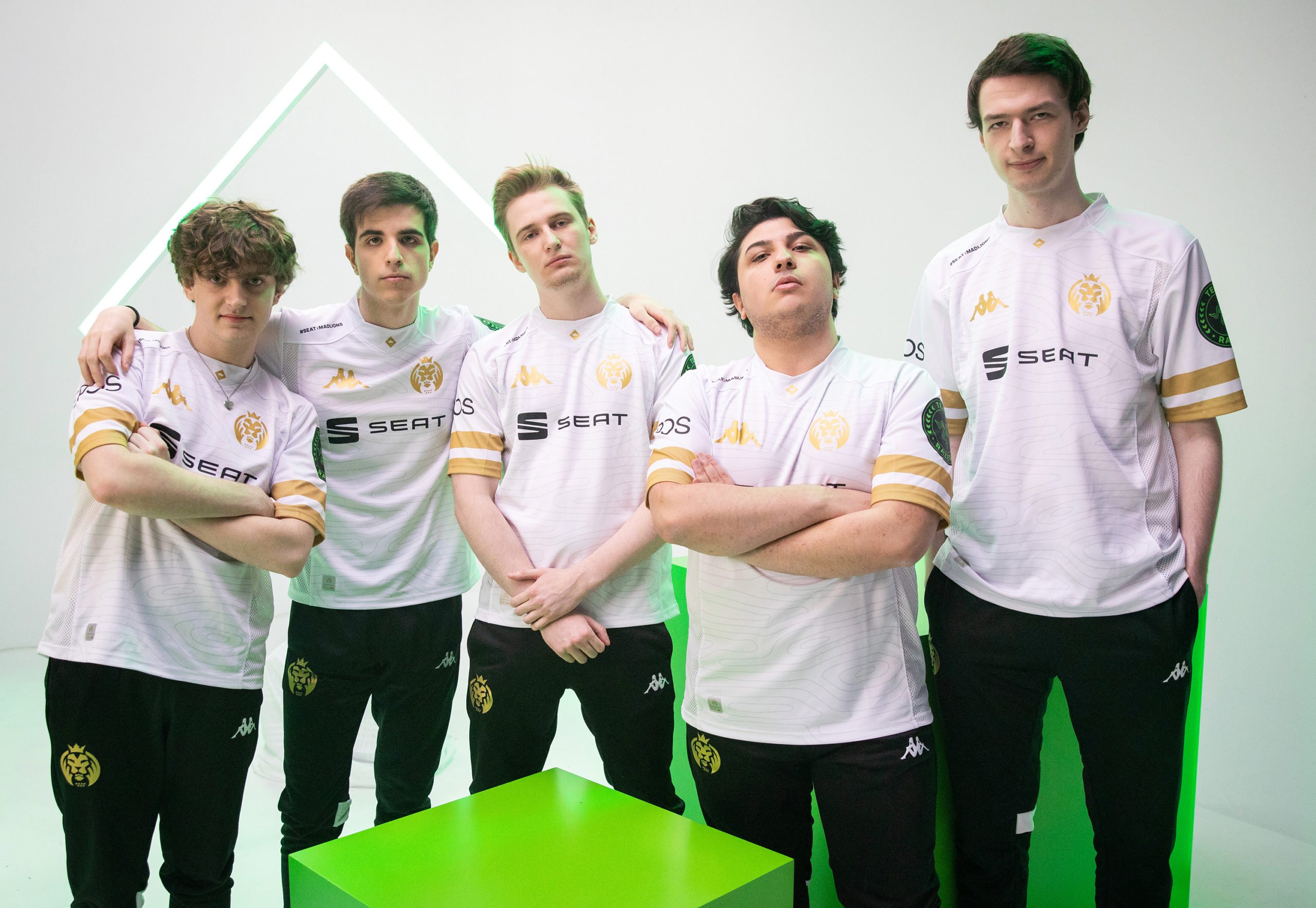 Over the past week, the 2021 Mid-Season Invitational hasn’t been short of action through the group stage. Every single team has had exciting matchups with some devolving into fiestas, much to the delight of League of Legends fans across the world. But at the end of the stage, the LPL’s Royal Never Give Up, the LEC’s MAD Lions, and the LCO’s Pentanet.GG finished with the most kills in the tournament so far.

These three squads were the only teams to finish with a triple-digit kill number. RNG were fighting early and often throughout their undefeated streak in Group A. The LPL champions were placed alongside Pentanet and the LCL’s Unicorns of Love, and in classic fashion, they kept their aggression high in every single game they played. The roster finished with a total of 184 kills over eight games, according to Oracle’s Elixir. Most of their games weren’t too close either. They simply overwhelmed the two minor region squads with their firepower.

In Group B, however, MAD Lions had their hands full with teams like PSG Talon, paiN Gaming, and the Istanbul Wildcats. Each squad put up a respectable performance against the European representatives, but in the end, great decision-making and superior teamfighting helped MAD rise to the top. They also stayed true to their brand of League, keeping up with heavy aggression and smart skirmishing to outplay their opponents. As a result, they finished the group stage with an impressive 117 kills through six games. MAD Lions also had the second-longest average game time among MSI teams with their matches lasting around 33.3 minutes.

Oceania’s own Pentanet rounded out the top-three kill leaders from the MSI group stage with 102 kills over nine matches, according to Oracle’s Elixir. Many of their games were fun to watch, but context is important with these numbers as well. For example, they’ve played the most games of any team heading into the rumble stage. They also faced off against two bloodthirsty teams in RNG and Unicorns of Love, who are sitting in the top half for average combined kills per minute at MSI. The fiery LCO representatives were eager to fight, but their willingness to tussle also had them end the group stage with 140 total deaths, which is the second-highest death count at the tournament.

Now that the rumble stage is starting, all eyes will be on these teams to see if they’ll keep the pressure on with the same amount of aggression or if they’ll tone down the fighting for smarter engagements. You can catch all the action when MSI 2021 starts up again on Friday, May 14.