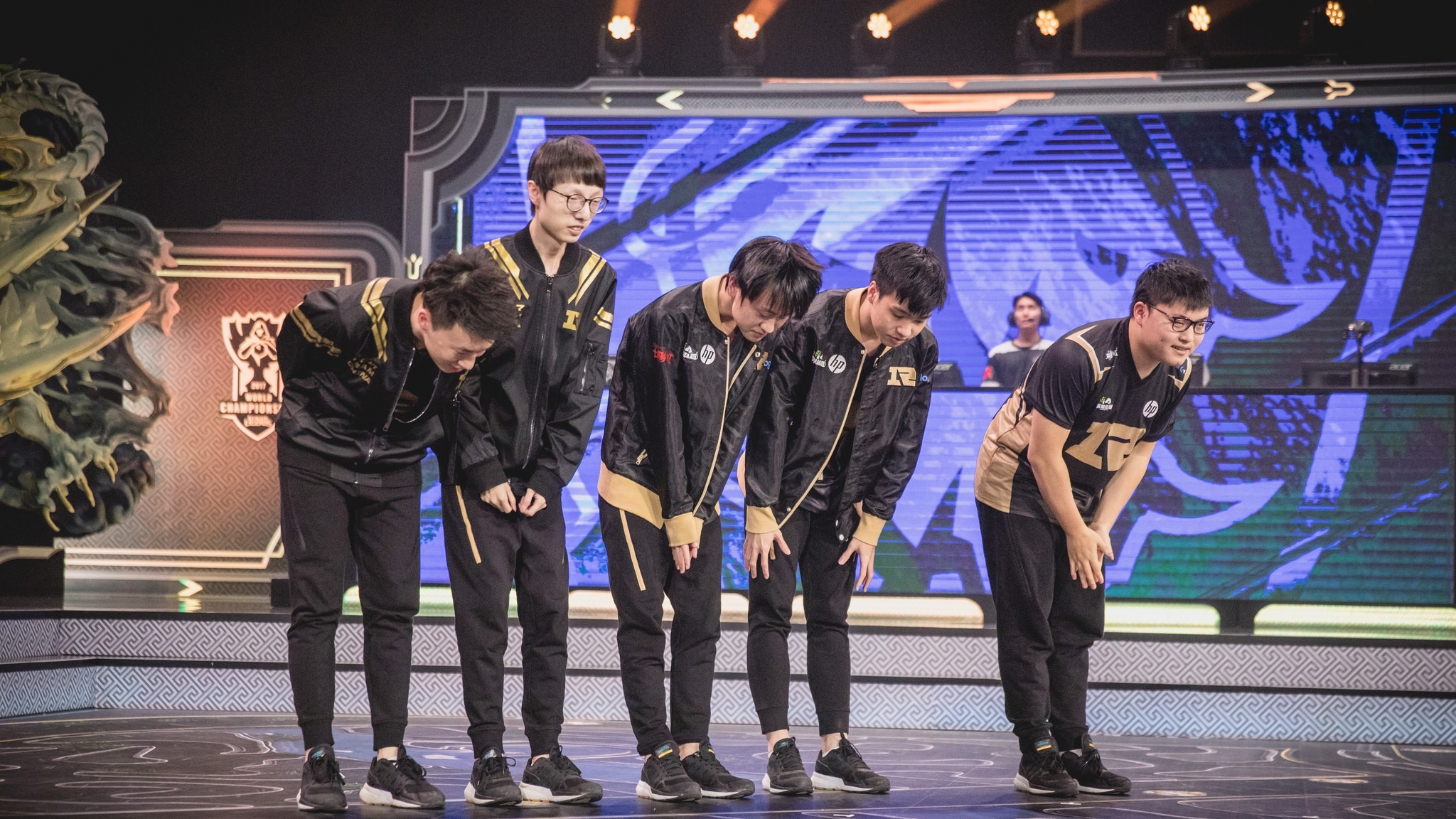 The biggest LPL storyline this year has been the resurrection of Invictus Gaming. For years, Royal and EDG have ruled the LPL, but this year, IG left everyone in the dust with their phenomenal early-game play. Their closest competitors were a completely new team in Rogue Warriors, a band of misfits that somehow played like gangbusters. It looked like a new hierarchy was being established in League’s biggest region.

But this weekend’s playoff semifinals saw the old guard come through and ruin the prevailing storylines. Both Royal Never Give Up and EDG pulled off big upsets to set up another final between these two teams. This will be the fourth time in the last five splits that the final has been between EDG and RNG.

The bigger of the two upsets happened on Saturday morning when RNG shocked everyone by beating hometown hero Song “Rookie” Eui-jin and IG. Despite coming over from Korea as an import player, Rookie is as beloved as nearly every Chinese-born gamer. The one exception? Royal ADC Jian “UZI” Zi-hao.

UZI showed everyone how dangerous he could be in the first game. Even though IG won, their typically dominant early game didn’t exactly snowball cleanly, and RNG found fight after fight in the mid lane. UZI put out a ton of damage and showed everyone that this series wouldn’t be easy for IG.

RNG figured out IG’s bot lane focus in game two, and with a lead, UZI and RNG finished in an extremely fast 24 minutes. Game three looked like Rookie’s turn to take over as IG stormed out to a 6-0 kill lead. But then one horrific mistake in the mid lane saw UZI get in the game with a kill. That was all the Royal star needed to completely flip the script. IG’s objective control wasn’t sharp enough and Royal won every big teamfight to put IG on match point.

The fourth game looked to be a repeat of the same. Rookie popped off, but RNG started winning fights, even those started by IG. But a glorious hold at Baron for IG ADC Yu “JackeyLove” Wen-Bo gave them the game and evened the series.

Unfortunately for fans of the close, exciting series, there wasn’t much drama in the fifth game. RNG picked an extremely risky four-tank team composition, but early gank-assisted kills on Rookie meant RNG had a lead in the lane phase for the first time all series. As the team with better objective control, RNG calmly walked into the IG base and completed the upset.

The Sunday semifinal between Rogue Warriors and EDG was supposed to be closer. The problem was, Rogue’s form had dropped off considerably in the last month of the season as teams figured out how to counter their bot lane focus. EDG won the mid lane in every game, and they only lost game three because of a crazy level one invade gone wrong.

EDG ganked for mid laner Lee “Scout” Ye-chan early and often, and he rewarded them with a magnificent series. Rogue Warriors looked like they were fighting down a man, as their own mid, Kim “doinb” Tae-sang, simply couldn’t react to Scout’s pressure.

It’ll be interesting to see if the same EDG game plan can work against Royal in the final. After all, Royal just took down the region’s best mid laner. But we’ll have to wait a week for that match: These two teams will play on April 28 at 3am CT.