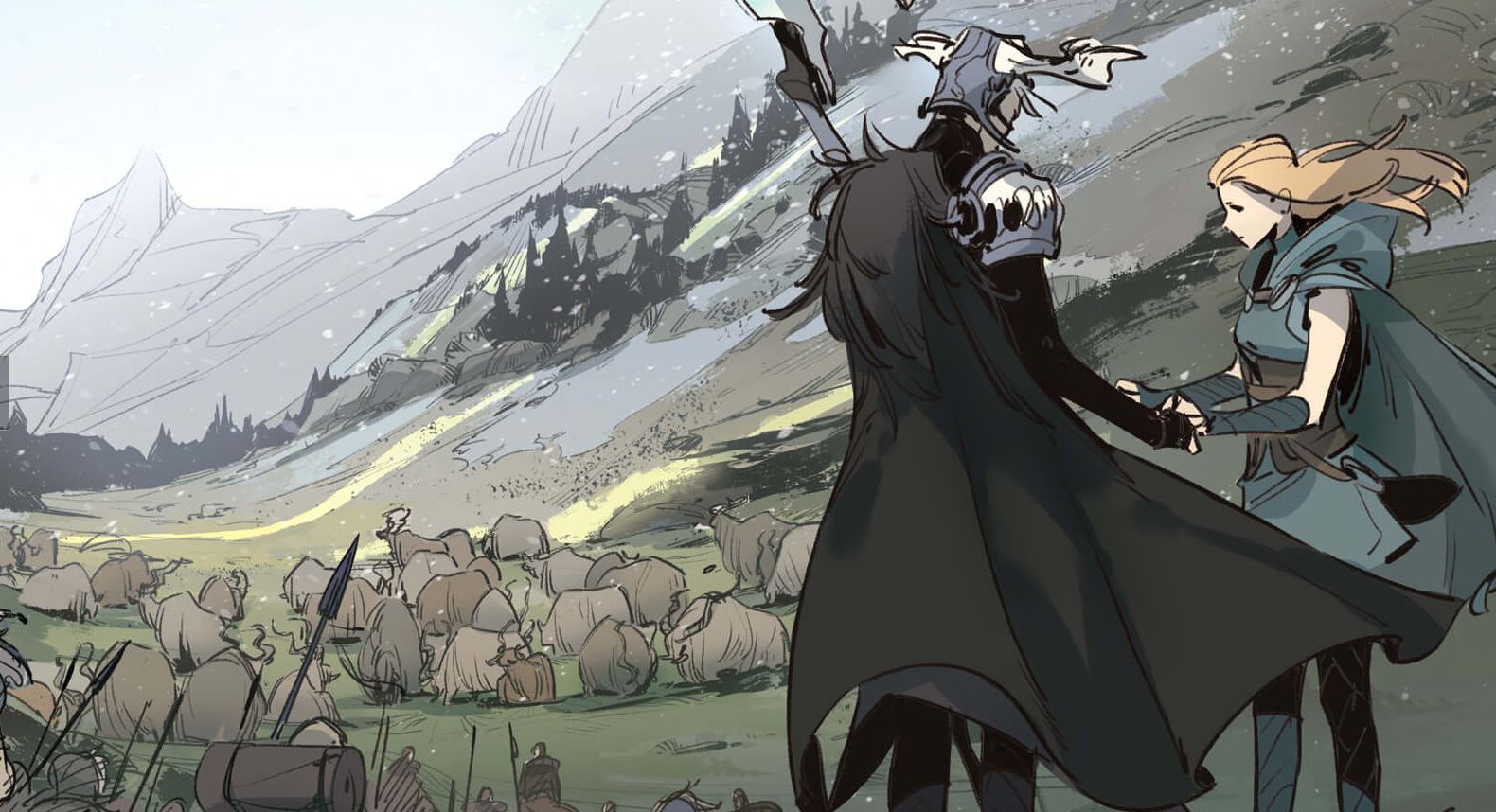 There have been a few noteworthy headlines floating around the gaming community lately, such as canvas bags in Fallout: 76 and the baked beans economy in Red Dead Redemption 2’s online mode. One that’s a little more optimistic, especially if you’re a fan of comics and League of Legends, is Riot Games’ partnership with entertainment giant Marvel. Yes, that Marvel.

If you haven’t seen our coverage of the upcoming comic series Ashe: Warmother, it’s coming this month, and it’ll tell the origin story of one of League’s first champions.

While this is a momentous leap forward into storytelling and lore in general, it also signifies the start of something far greater. With this partnership, Riot is taking its baby steps into turning the League IP into a much more diverse and in-depth one.

There’s the first series with Ashe, sure, but Riot has also shed a light on its plans with Marvel afterward, too. The goal, at least for now, is to get to the point where the two companies can release multiple League comic series each month.

Riot has the game and its interactive map to set the stage of Runeterra, as well as the various cinematics and stories its lore team has shared over the years. And with this robust portfolio of comic series to follow, all of those locations, characters, and more that have been spelled out already will be given depth like League’s fans have never seen.

It’s that kind of depth in storytelling that allows fans to theorycraft about stories, create their own works of fiction, and dive in on a level that only fans of the largest IPs out there have been able to do. Game of Thrones, Star Wars, and, of course, Marvel—to us, that’s what Riot is aiming for with this series.

If that’s true, it could mean several things. First, it would be an extremely long-term plan with the comics only serving as that very first step. And after that, we would expect even more mediums of entertainment being filled with the characters and regions of Runeterra, including books, movies, a show, or anything similar.

Obviously, this is purely speculation, but those are the sort of possibilities that a partnership like this opens up, and it’s important to highlight them. Ashe: Warmother comes out on Dec. 19.