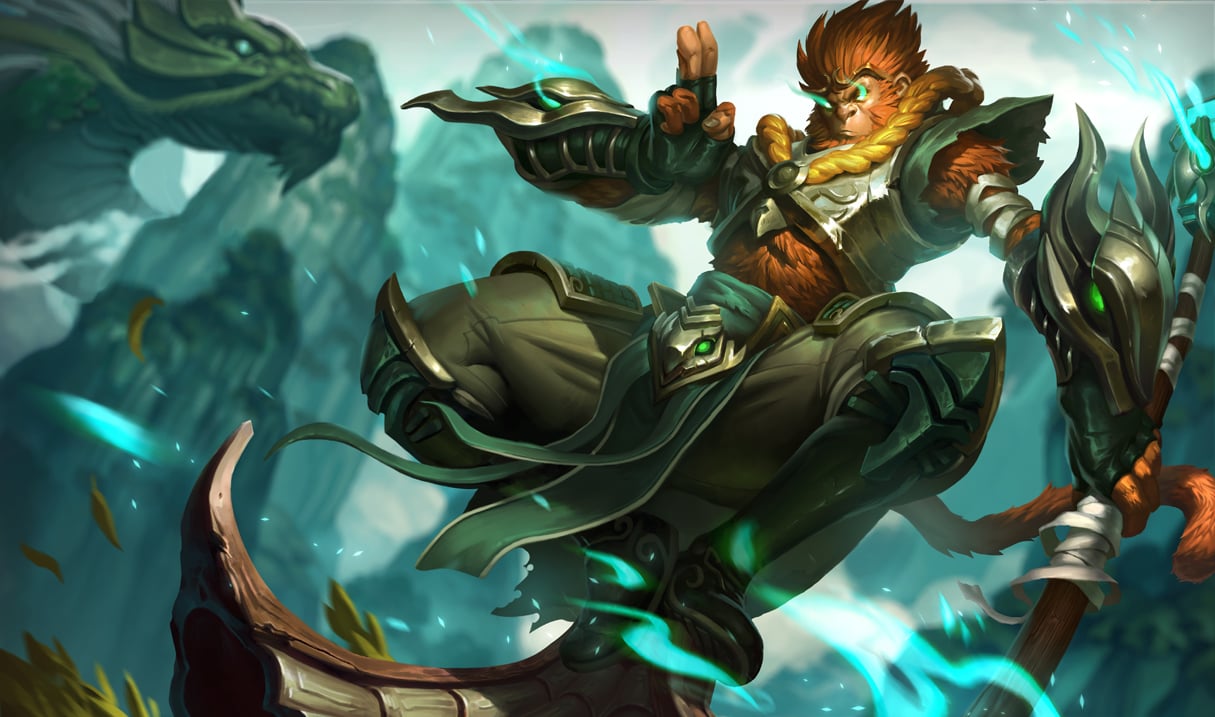 Wukong, released in 2011, was one of League of Legends‘ original champions. His kit has stayed relatively the same since then—but changes are finally coming. Riot Games will be finally change some of the Monkey King’s abilities on the game’s Public Beta Environment.

Andrei “Meddler” van Roon, a Design Director at Riot, detailed every change that the team will be making for the champion in a dev corner blog post. “This is a gameplay focused update,” Meddler said. “Things like changing VO, model, full animation update, etc. aren’t on the table at this time.”

First, Wukong’s Q ability has been changed from Crushing Blow to Golden Magical Staff. This ability has a passive where Wukong gets 125 range on his next AA after he casts any spell. The Q itself will deal 20-100 bonus magic damage instead of 10-130 (+0.4 AD) bonus physical damage. It also heals for 20-60 (+0.25 AD) health instead of shredding the target’s Armor.

Wukong’s W ability, Decoy, has been altered in a big way, as his clones will now attack nearby enemies, dealing 50 percent of Wukong’s damage instead of exploding at the end of its life. The clone’s lifespan has been increased and his dash range has been increased to 200 units.

Riot has also changed Nimbus Strike, as Wukong’s other images are now interactive clones that can be affected by abilities like any other unit. Clones can also block skillshots. Wukong’s ultimate, on the other hand, hasn’t changed much. The only difference is that players can cancel the ult early by using spells.

Meddler explained these changes and more on the blog post, saying that Riot wants to “make a bit more use of the trickster elements of Wukong’s theme” while also “improv[ing] ability satisfaction a bit.” He also said that these changes will not be going live for a while and that there is plenty of room for improvement and tuning to the kit.