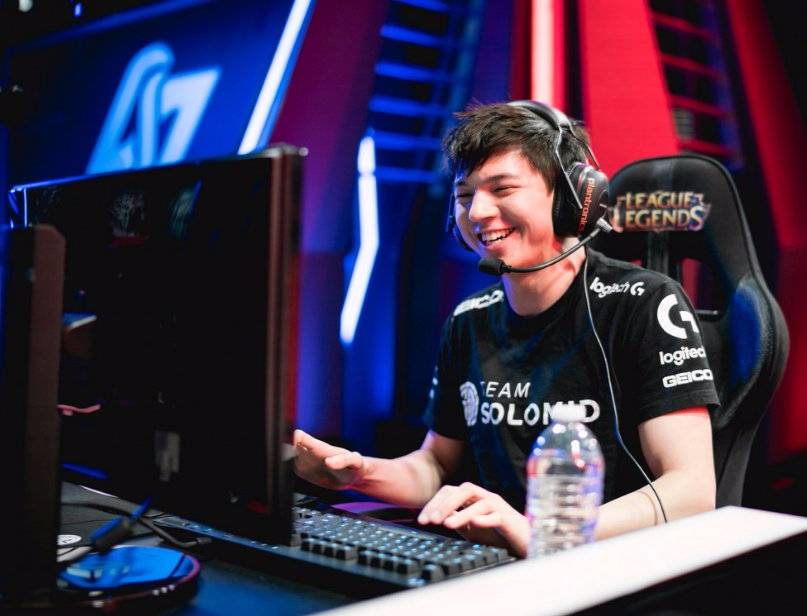 Growing pains from the transition of a multimillion dollar spectator sport into a leisurely activity are expected. A lot of those pains come from restructuring, such as finding specialty lawyers and figuring out how a brand might fit into the new niche. In Riot Games’ case, it includes development of the multimillion dollar game itself.

For months, Riot Games has been teasing the idea of bringing in a second ranked ladder, solo queue, to fit alongside its new dynamic queue, which allows for any amount of players up to five to team up into ranked. On June 1, however, an official statement in the form of an article by Riot Games Socrates confirmed there will not be a solo queue ladder.

The article addresses some of dynamic queue’s limitations and current fixes:  The (lack of) fairness in premades, role selection, and queue times. In a Reddit discussion thread about the aforementioned article, Chris “Pwyff” Tom, Riot Games Communications Lead, spoke out against comments accusing Riot of misleading its fan base about the return of solo queue. In what will probably go down in history and brought up whenever the League of Legends community is upset about something, Pwyff stated “Yes, we lied,” and that there was not purposeful deception, but a genuine belief that solo queue was still on the table.

While the discussion of dynamic versus solo has many opinions, the ones that might have the most effect are from those inside the esports realm, otherwise known as the professionals. As a result of Riot’s ladder decision, players have apparently taken matters into their own hands and are starting “in-house solo [queue] on tourney realm,” as stated by Daerek “LemonNation” Hart, Cloud9 Head Coach on Twitter.

Tournament realm is essentially a private server, the same service used in official tournament matches. However, any matches on tourney realm are forbidden to be streamed, as re-confirmed by Hunter “Hebble” Leigh, Riot Games Associate Esports Manager.

Many professional League players regularly stream their ranked adventures. With there already being limitations on what games contracted players can and cannot stream, a huge source of viewership comes from these players doing ranked. With esports being such a new industry, there might be confusion and contention among viewers and players themselves about having so many restrictions. For these reasons, a comparison would be appropriate.

Professionals, first and foremost, represent their brand. In exchange for losing some of their individuality privileges, they make a career out of being a part of something “bigger” than themselves. In exchange for sponsorship and opportunity, they sacrifice representing competing brands in public. It is the same logic behind NFL athletes only being able to endorse Hyundai, the “Official Sponsor of the NFL,” and why Michael Jordan will never be seen wearing any shoes other than Nike.

On another note, Riot Games does not have to allow streaming of League of Legends at all, especially profiting. It is a business decision on their part to permit both and not a privilege granted to the public. However, this is where the growing pains show themselves. A large amount of League fans are players’ fans. They follow a player or team, watch their streams, watch them compete, follow them on social media, and buy their merchandise. If top players as a whole decide that the official ranking system is broken enough for them to make a move to tourney realm, it cuts off a huge amount of viewership for their streaming and stringing in dedicated fans. It then forces players to continue playing in a system that does not suit them to please their fans because there are no other options. One could simply say that streaming is a privilege, and it is, but the larger picture indicates a flaw the pro players already see: limited competitive access.

Another example of this limited access is the hotly debated practice mode. For a game of League’s caliber and competitive nature, it is frankly strange that there is no mode to hone specific skills. As the community calls it, “Sandbox mode,” would be a game feature to practice mechanics and abilities without having to play an entire game of League of Legends. In fact, newer competitive games already have one built in; rival SMITE has their own robust practice mode and Overwatch has their own single-player practice arena. However, Riot already addressed this in a blog post saying they have no intention of ever introducing such a mode. They explain that it would open up a new expectation of grinding to perfect mechanics, taking away from actually playing the game.

While there are very real skills one can develop in a hyperbolic time chamber, we never want that to be an expectation added onto an already high barrier to entry.

On the flipside, it is precisely this reasoning that holds back competitive League. NFL players do not have to go out and practice with amateur athletes, and they most certainly do not have to wait to practice in matches. They have gyms, coaches, and playing fields (training mode) to continue working on their mechanics long before they hop into a “real game.” In addition, Riot confirmed in their dynamic queue post that they will “limit the roughly top 1% of MMR (Diamond 5 or higher) to solo, duos, or trios.” While it is a small percentage, it also is the top percentage of talent.

Riot Games, front runners of an incredible transition, are bound to make mistakes and clash heads with their fans. It is not the first nor will it be the last of their development problems. There have been minor issues that have trickled out to bigger ones, such as a failure to patch turning into the major offense of ringing. This incident occurred partially because of players not trusting the decision making of Riot. As Pwyff explained, statistically, players who play with friends have a more enjoyable experience and play longer. It is a solid reason to keep dynamic queue, and while it is important to cater to all of those who play League, Riot will eventually have to reconcile with its contracted players who have their own, unique growing pains.