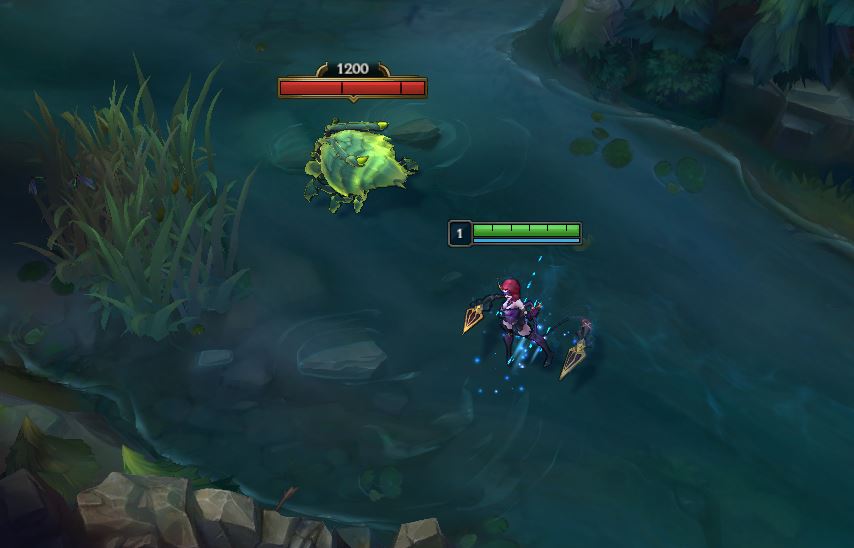 Riot dished out some heavy-handed jungle changes two weeks ago with League of Legends Patch 8.10, including massive buffs to the Scuttle Crab and experience decreases throughout the rest of the jungle’s camps. Today, with Patch 8.11, the pendulum swung the other way just a bit as Riot dialed back on those changes.

It’s hard enough sometimes to look at balance changes and consider the implications they’ll have on the rest of the meta, but it was even harder this week as the patch was absolutely massive. We’re here to help.

We’ve thrown together comprehensive descriptions and explanations on what exactly went down in the jungle today, and what that means for the meta.

The change from 8.10 that was the most controversial was the mega-buff to the Scuttle. The ol’ crab is looking less like Mr. Krabs nowadays, and more like Larry (yeah, we know Larry’s a lobster—lay off, would ya?). It gives tons of gold, experience, and even returns on mana, making it more valuable than the jungle’s other camps.

On top of that, now only one crab spawns at a time, and it’s totally random. This has created more tension between junglers, while laners now have to leave their respective lanes to help secure them for their junglers.

In today’s patch, the respawn time of the Scuttle was raised by 15 seconds. Slightly slowing down the pace at which they spawn has a bit of an indirect effect on laners, because they’ll be able to stay in lane to trade or farm for just a bit longer than they could last patch. Unfortunately, this isn’t a very big chance, so the likelihood that this changes how you play around the Scuttle at its core are very low.

The Baron Nashor was also nerfed, significantly lowering the amount of damage it deals through corruption and also disabling corruption spreading through special attacks. This will have a larger impact on the game than the Scuttle nerf, because it essentially makes Baron a lot less frightening.

Less damage doesn’t just mean the clear is easier, it also means that teams will go for it more often, just because it’s less threatening. In 8.10, there was a big drop in how often teams approached it simply because it hit like a truck (or 10).

If you’re ahead of your opponents enough, the Baron is now possible to take down using only two or three players, where it was extremely difficult to kill with a full team prior to today. More Barons being killed also means there might be a small up-tick in Banners of Command to synchronize with the late-game siege strategy.

The third and final change came for the game’s jungle camps, and unfortunately, this was the smallest change. After 8.10, camps are now worth much less experience, forcing junglers to scrap over the little experience resources they have to climb ahead of one another.

Today’s changes indicate that Riot felt those nerfs were too extreme, but the company couldn’t have felt they were too bad, because today’s patch barely reversed the nerfs at all. Prior to the patch, each normal camp provided somewhere between 115 and 180 experience depending on level, and Krugs provided 247 to 388.

Now, those camps will provide between 115 and 190 experience, a 10 experience increase at maximum. This might help junglers keep up once they hit mid-game, but the amount that it helps will probably be so insignificant that players will have a hard time noticing. That being said, there shouldn’t be able wide-reaching side effects from this change.

Overall, though, this is a sign that Riot is at least aware that the 8.10 changes were a bit much, so there might be even more changes to the jungle in patches to follow.