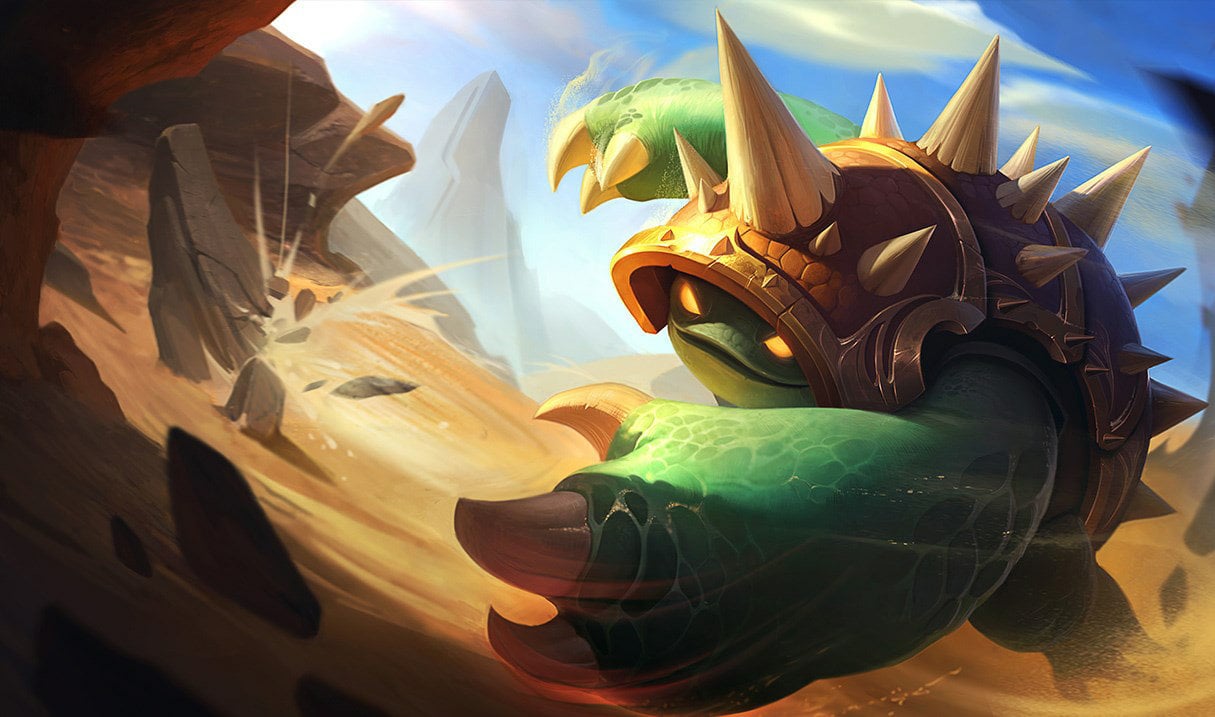 Most League of Legends players have probably experienced one of those games where both teams decide they just want to have fun and give up on trying to win in traditional fashion. But have you ever seen a game decided by two champions having a race from one side of Summoner’s Rift to the other?

Now, thanks to a clip posted by Reddit user LaLiLuLeLohw, you can observe a race between Udyr and Rammus. They’re probably two of the fastest champs in the game when using certain abilities, making them two of the best contestants to do this. The stakes for this race were high, too, since the loser’s team agreed to surrender the game.

The race started in the middle bush near the bottom lane alcove. Udyr activated his Bear Stance (E), while Rammus immediately turned into a rapid ball by using his Powerball (Q). The Armordillo gained the upper hand in the beginning, being first to make it to the mid lane. But with Udyr’s short cooldowns between his abilities, The Spirit Walker quickly made up the difference.

When both champs entered the upper river, Udyr who was leading the charge. Although Rammus had his Powerball back on, it wasn’t enough to outrun the enemy. Therefore, he used Soaring Slam (R) to leap forward and try to be first to the finish line. But unfortunately for Rammus and their team, it wasn’t enough. Udyr ended up making it to the bush in the top lane first, claiming victory in the race and for his squad.

Thanks to OP.gg, we can see that Rammus’ team abided by the aforementioned gentleman’s agreement and surrendered shortly after.

As this race shows us, when it comes to quickly covering long distances, there might not be a better League champion than Udyr.